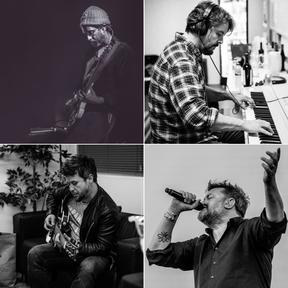 Guy Garvey's the lead singer of the English band elbow who will play in Auckland in June.

It's the band's first visit to NZ in more than 5 years and sees them playing material from their eight previous albums. Their most recent, last year's Giants of All Sizes, became their third UK number 1 album after Little Fictions (2017) and The Take Off and Landing of Everything (2014).

In Garvey's words the latest album is "...sonically unabashed and concerned with mourning, dissatisfaction, unrest and death. An angry, old, blue lament but one that finds ultimate salvation in family, friends, the band and new life."