The mindfulness movement took off in 1979 when Jon Kabat-Zinn, known as the father of modern mindfulness, founded a stress reduction clinic at the University of Massachusetts.

Forty years on, and the multi-billion-dollar industry is now a banal form of spirituality in which the stresses caused by modern capitalism are stripped from their societal context and individualised, says psychology professor Ronald Purser.

Purser is an ordained teacher in the Korean Buddhist Taego order and the author of McMindfulness: How Mindfulness Became the New Capitalist Spirituality. 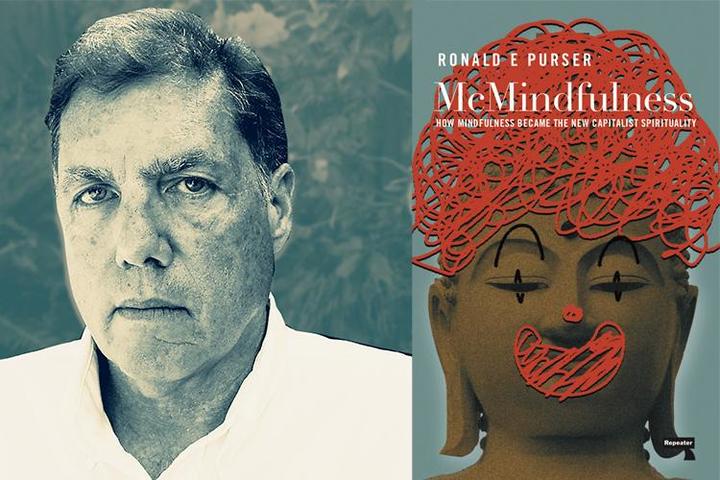 Modern mindfulness has co-opted elements of Buddhist practice, but it is essentially a therapeutic technique, Purser tells Kim Hill.

“[Modern mindfulness] is not about dissolution of the ego, or seeing deeply into the false nature, the illusory nature of a separate self. [By contrast] the Buddhist tradition, its deliberative tradition, was to see through the delusion that we're separate individuals.

“With modern mindfulness, we're really not going that deep into trying to dissolve a sense of self, we're really just trying to offer some temporary palliative relief to individuals in a therapeutic way.”

“It was kind of like developing more sensory awareness of the present moment and just kind of taking in washing the dishes, looking at the bubbles, trying to enjoy everyday moments.

“But that's very different than the deliberative pathway of Buddhism [although] they're both inward-looking. And I think that's probably part of the problem with where our culture is right now, I think a reason why modern mindfulness has such an appeal, is because we're in such a topsy-turvy world.”

In a world fraught with uncertainty, precarity and anxiety it is definitely seductive to “tune out”, Purser says.

“This turning inward, basically then, is exactly where the neoliberal political system would like us to [do] - not to really come out and form solid bonds with other people, start to organise, collectively start to push back and resist a lot of these unjust social systems and so forth.”

Mindfulness has been grafted onto our culture, he says, and its solution to stress is very individualised.

“Stress has been privatised, our understanding of stress is that it’s an individual problem of maladaptation to the environment. It's some sort of biological flaw that we inherited from our caveman ancestors, that we have kind of a flawed biology, the fight/flight system, which now has kind of gone out of whack. And so we have to compensate and mindful up and use mindfulness to try to cope as best we can to the conditions that we find ourselves in.”

“It puts the burden and the onus of stress on individuals and takes other explanatory narratives off the table.

“In other words, stress is in many ways a public health issue, it's generated by structural and material conditions, but those aren't really examined within the mindfulness communities.”

Buddhism can offer a deeper, more collective approach, he says.

“If we're translating Buddhism for the West, and we're really trying to do something with mindfulness that could go beyond just being an individual palliative for stress relief, we can actually be creative taking these practices and using them in ways that can generate ways to collectively use mindfulness to call into question our structural injustices, our political systems and build bonds of solidarity, because we're so atomised now.

“I think we could find ways to create a more radical, civic, mindfulness that allows participants to still work on self-care, we're not throwing the baby out with the bathwater, there are therapeutic benefits to mindfulness - so, it's not either / or.”

The problem with mindfulness isn't that it doesn't work, Purser says.

“The problem is that it does work, but in service of whom and in whose interest ideologically?”

It's ideological, he says, because it maintains a “narrow way of framing human distress”.

“You hear it not just in the mindfulness wellbeing camp, but you hear it in positive psychology, you hear it in resilience training programs. You know, the focus on the economics of happiness is a big thing.

“But these programs are always independent of your social conditions. And that's the neoliberal ethos, that's underlying these methodologies, that you can just pull yourself up by your own bootstraps and the social-political environments have nothing to do with your happiness or your mental well-being, which is really false.”

Treating stress as an individual problem is a 'get out of jail' card for corporations, Purser says.

“The recycling thing is a perfect example of how we been led to believe that our individual actions alone will take care of the environmental crisis and we know that plastic manufacturers are off the hook. And the same thing, you could see the same thing in corporate mindfulness programs in a way, because who buys these programs? It’s management.

“They wouldn't be investing in this if it didn't deliver something to their profit and bottom line.”

He believes that a form of radical mindfulness could transform society.

“One of the key premises of Buddhism is that we all suffer from various causes and conditions. The problem is the rush to move away from the nature of suffering, is a form of escapism. So, I think that we have to come to terms with that, but come to terms with it in community, rather than in isolation, and so the radical aspect of it is really more just forming deeper connections and communal bonds and reinvigorating civil society.

“But the neoliberal order has just assaulted that and destroyed, basically, collectives and unions and the notion of the social.”