Motorbikes are widely used as taxis throughout Africa, as they are in other parts of the developing world. In Rwanda they account for more than half the total number of vehicles on the road.

So getting more of the country's existing fleet of around 100,000 motorbike taxis to switch from petrol to electric 'e-motos' will reduce emissions and the country's dependence on imported fuel.  It would also save the drivers money on fuel costs, potentially doubling their earnings. 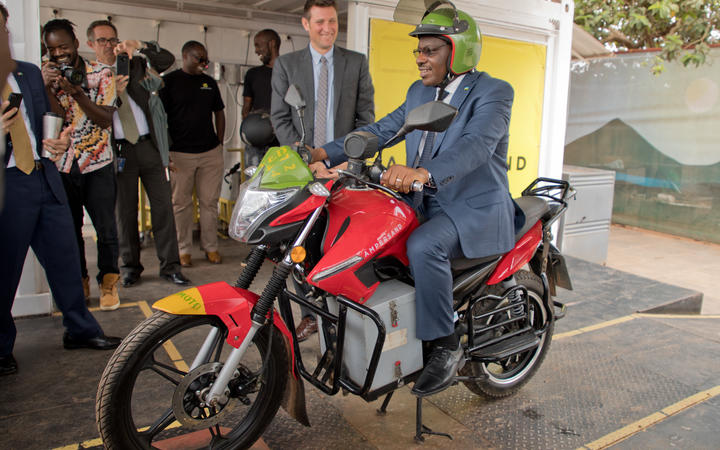