In a series of New York Times articles, Jodi Kantor and Megan Twohey did not just air the allegations about Weinstein, they grounded them in scores of interviews, corporate records and good old-fashioned journalism. 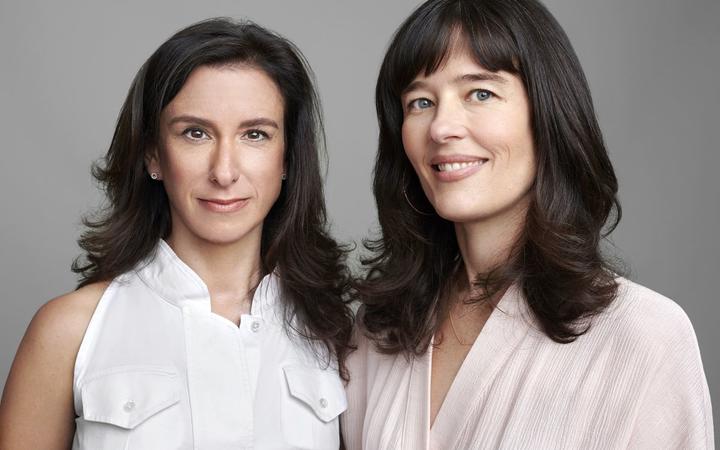 In doing so, Kantor and Twohey helped ignite the #MeToo movement, and the next year shared the Pulitzer Prize for journalism.

Now they've written a book about how they outmanoeuvred Harvey Weinstein and his team and convinced women to go on record against him – She Said.

Kantor tells Kim Hill that She Said is a detective story and also a kind of x-ray into how power works.

"Weinstein could make or break careers and that was really the tool of his alleged predation."

As journalists, Kantor and Twohey had been covering gender for years and thought they understood how things worked when they began investigating Harvey Weinstein, Kantor says.

They didn't realise how weak US sexual harassment laws were or how many accusers were convinced by their lawyers to be paid off – and sworn to silence.

"The settlements come with a price and that price is complete silence – you can't tell your girlfriend what happened, you can't tell other women. If there's a workplace investigation and Human Resources is trying to figure out what happened you may not be able to speak to them. We've met women who did not tell their husbands what happened because they were following these instructions … These settlements end up enabling predators because a powerful man is able to just pay money to make the problem go away and then he can move on.

She Said reveals that Harvey Weinstein had some surprising helpers … and hinderers.

One person on his side was Lisa Bloom – "one of the most famous women's rights and victims rights attorneys in the country" – who sent Weinstein a 'job audition memo', which is published in full in She Said.

'I thought I was calling a loyal Harvey Weinstein henchman who would probably never help me but instead it turned out that I was calling someone who'd been very frustrated about this problem for several years.'

Reiter eventually showed the journalists a damning memo written by a young woman who was a former Weinstein company junior executive. 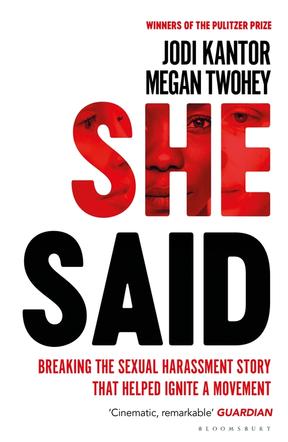 During Kantor and Twohey's initial investigation, much of what Weinstein's accusers told them was off the record.

But in She Said, they were able to tell people what really happened for the first time, Kantor says.

The journalists hoped Harvey Weinstein's accusers would all come out at once – for safety in numbers – but the first willing to go on the record against him was actress Ashley Judd, Kantor says.

By doing it alone, Judd put her career on the line and Kantor says she wept with gratitude.

She had tried to persuade Gwyneth Paltrow – one of the secret sources in the 2017 article – to speak out alongside Ashley Judd, but Paltrow was wary, Kantor says.

"Harvey Weinstein was obsessed with finding out whether we had spoken to her or not. He had been her mentor for years and years. To come out against him was definitely a scary thing."

Back in 2017, Weinstein's accusers had no idea that the #MeToo movement would unfold, Kantor says.

The Harvey Weinstein story raises questions what can actually provoke social change, she says: "Why and how did this story actually help move the discussion forward?"

As Kantor sees it, three difficult and controversial questions about the #MeToo movement still need to be settled.

1. What is the scope of behaviour that is under scrutiny?

"Is this just about harassment or assault - or is it about verbal abuse, sexism, bullying?"

2. How do we get to the bottom of what really happened?

"For a human resources department in a random company somewhere in Auckland how do they know that they're getting the absolute truth about what happened?

"It's very easy to say everybody should be held accountable, but in practicality, that's hard to get right."

Even though She Said is set in the specific and seemingly dramatic world of New York journalism, power and media, many of the dilemmas it presents are relatable, Kantor says.

"If you hear a rumour of wrongdoing in your own workplace [and] you have only partial information, what do you do about it? There's a real moral dilemma there."