Colin McCahon is New Zealand's most important artist. according to Justin Paton head curator of International Art at the Art Gallery of New South Wales.

New Zealander Paton is an active art critic, and author of several books including the award-winning How to Look at A Painting, which also became a TV series.

It's 100 years since McCahon's birth in 1919, and to celebrate Paton has released McCahon Country which examines nearly 200 of McCahon’s paintings and drawings, including both iconic works and others never before published. 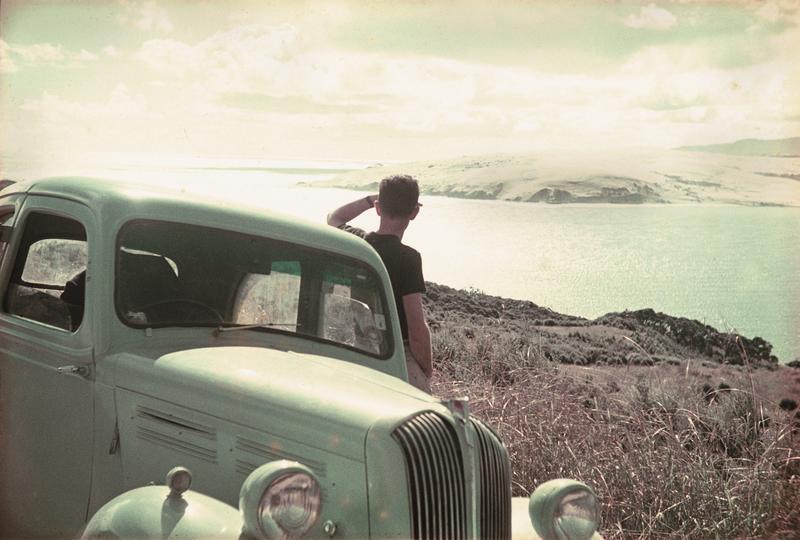 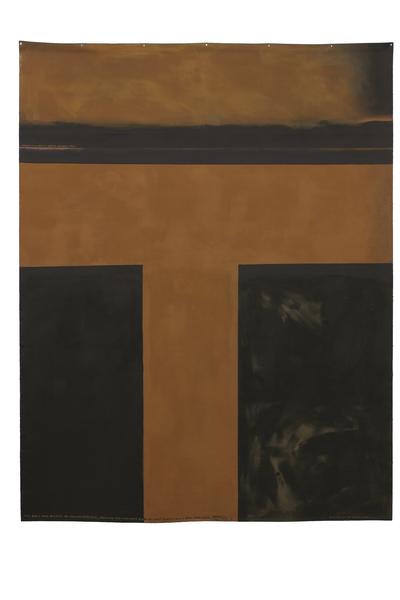 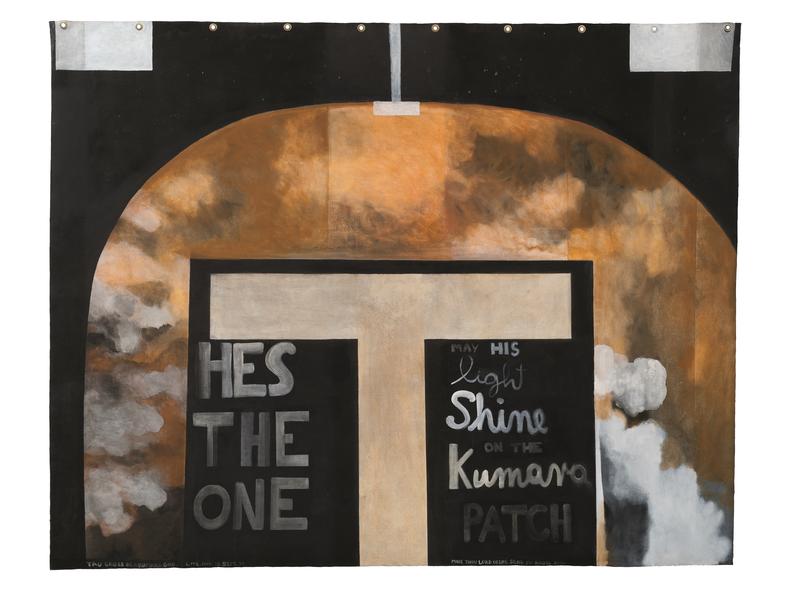 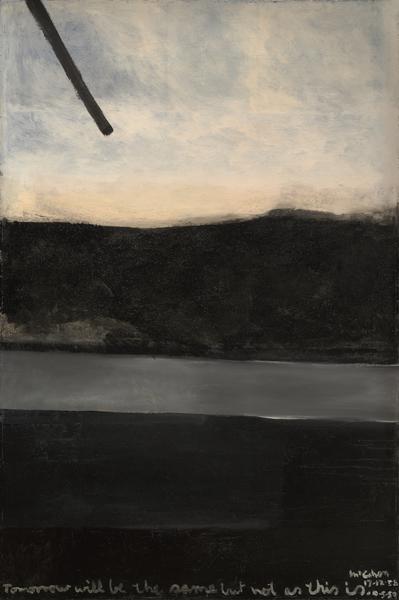 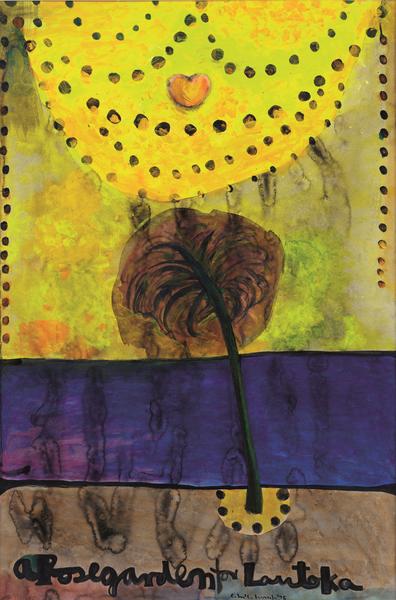 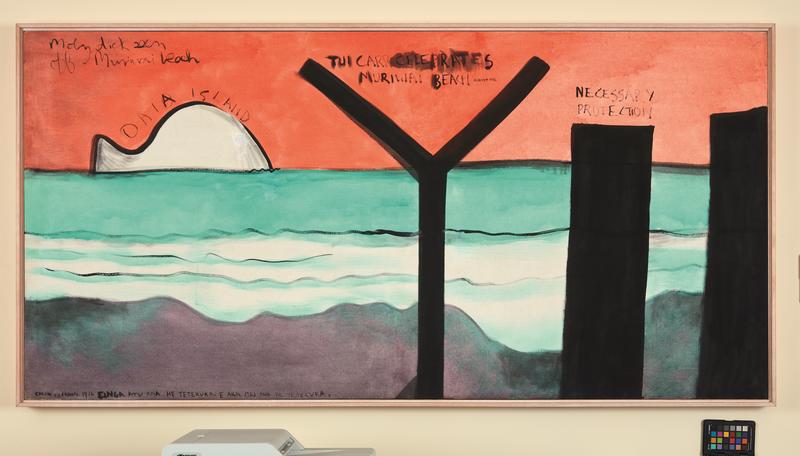 He traces McCahon’s paintings as a journey through the landscape of Aotearoa New Zealand,

“One was a real one, meandering up around the north of the North Island which was were McCahon said his home really was although he was born in the South as I was.

“I also did a virtual one [road trip] which was sitting at my desk before work in Sydney and taking myself back to the paintings and the places in the paintings.”

The book is divided up into sections and Takaka Night and Day, which was painted in 1948, sits in the section 'Land'. Paton writes in the book that he’s struck by what the painting conceals.

“Curators and critics love to fill up our wall labels with the things you can see, or to decode the works and reveal the hidden meanings - we have to make ourselves useful. But the more I look at McCahon’s work, the more I want to look at it - and not every artist does that and I think it has something to do with the way he keeps something in reserve.

“[In Takaka Night and Day] He’s creating this kind of Genesis space where it looks as if the land has been freshly-sculpted and when you lean in close to this work in the Auckland Art Gallery collection, you can still see the hairs of the brush on the surface. It really looks as though it has just been made.”

You can’t talk about McCahon without discussing his religion and faith, the symbolism of Christianity so recurring through his works. Paton described him in the book as one of the great religious artists.

McCahon was raised in the shadow of Wesleyanism and was strongly informed by puritanism, Paton says.

“But above all, above and beyond any given creed or faith, he’s an artist who’s obsessed with what we might call the crisis of art as public speech. There’s a wonderful, immortal phrase of his where he said, ‘once, the painter was making signs and symbols to live by. Now, he makes things to hang on walls and exhibitions.’

“It’s a wonderful, wry statement - there’s a certain quality of disappointment in it - because what he’s saying is that once, if you wanted to understand how to live your life, you wanted a code, you wanted an affix, you could go to art, you could go to a sacred space, a space of faith, and that is where you would see the images that might guide you. And he knew that all that had changed in the 20th century.” 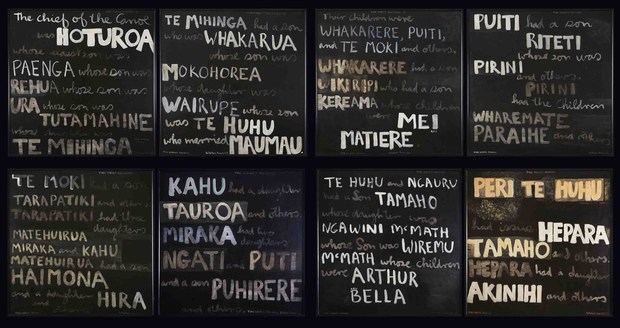 The Canoe Tainui is being auctioned next month. Photo: Supplied.

In the mid-20th century, people were leaving the church, Time Magazine announced in a 1961 cover story that 'God is dead'. Meanwhile, art was moving into a market economy. Paton says McCahon was grappling the question of what kind of moral heft and power art had at this time.

“I think the great drama of McCahon’s life as an artist is him trying to recapture or restore some of that urgency that he felt art had to have. And that’s what makes him different. There are other artists who are wonderful in their own ways, but it’s that note of extreme seriousness that I find really bracing about [McCahon].”

Paton says the best way to understand McCahon’s works is to park yourself in front of one with some open-minded company and keep looking.

“This leap from something that’s quite unpromising looking, to something that unfolds itself or blooms as being rich, he wanted that movement. That’s a parable - what he’s saying is that the ordinary world is mysterious, the ordinary world is the precious thing. The mystery is not some other realm, the mystery is the visible. All he felt mattered spiritually, was right here to see.”

McCahon’s use of words in his paintings was controversial. One of his major works, and a physically major one at that, was Practical religion: The resurrection of Lazarus showing Mount Martha, painted from 1969-1970. It’s also one of the wordiest McCahon’s works. Paton says McCahon did the painting after he had quit teaching and had his own studio for the very first time.

“The work narrates a story which meant a great deal to McCahon, the raising of Lazarus. The great painters through history, such as Giotto, have painted this scene and every art history student knows the great version of Lazarus coming out of the tomb that Giotto painted where he emerges and looks like a zombie, he’s got all his bandages around him and the women behind him are covering their noses because he smells so bad after having been in the tomb for so long.

“But McCahon, unusually, gives you the whole story, and the story is told in words and the words are painted in that wonderful white script that seems to have a pulse running through it… it’s living language, it’s this hubbub of voices.”

The story goes that Christ travelled to Judea where he met Lazarus’ sisters Mary and Martha one of whom exhibits great faith and, inspired by that, Christ raises Lazarus from the dead.

“McCahon said the Lazarus story was one of the great stories about seeing, all those people who were witnesses to this event saw as never before. What’s wonderful in the work is, as you read your way from left to right - and it really is this kind of epic telling of the story - when you’re about two thirds of the way across, he almost makes you into Lazarus. He puts you into the position of this person who is emerging from the tomb, because there’s this sliver of light that opens up and bursts then fills the right hand third of the painting. It’s like coming out of a dark space and suddenly being blinded by sunlight.

“It’s a great example of what a great reader he was, he got into these texts with the avidity of a fan. You really felt he was there with these people in this ancient story and then tries to put us inside it as we stand and walk in front of this giant canvass. It has a terrific oscillation between something worldly and vernacular and then something exalted and sacred at the other end.”

Paton says the painting is an unequivocal statement of faith and there’s nothing else like it. It was an extension and evolution of McCahon’s early works which often saw crudely painted saints and angels with rudimentary speech bubbles, paintings that were seen as very strange at the time.

“They were odd and I think they are still odd. I think there’s a strangeness that adheres to great works… He’s sort of playing the part of the primitive artist. Someone who just says what he needs to say in a kind of unembellished way.”

Art critic ARD Fairburn, in 1948, dismissed McCahon’s early work by saying “It’s like graffiti in some celestial lavatory.” Paton says it’s a good description and actually gets to the heart of what makes his work great.

“Yes, it’s graffiti, yes he’s inspired by comic books - ‘celestial lavatory’ - fantastic, it gives you the mundane, earthly, muddy world as well as the aspiration to something larger.”

Justin Paton appearing at two events during the writers programme at the New Zealand Festival of the Arts in Wellington in late February 2020: Justin Paton - McCahon's Country and Art in the Afterlife.