Jane Austen was the author of six major novels including Sense and Sensibility, Pride and Prejudice, Mansfield Park and Emma but it wasn't until the early 19th century that her books began to reach the working classes.

The price of the first editions of her novels meant their reach was limited, that is until publisher Richard Bentley, along with the development of technologies, meant cheaper versions were easily reprinted, catapulting the author to the popularity that she’s at today.

The inexpensive editions of her books, aimed at Britain's working classes, were sold at railway stations, traded for soap wrappers, and awarded as school prizes.

US academic and Austen scholar Janine Barchas has been collecting and studying these previously ignored editions and is soon to release The Lost Books of Jane Austen which she describes as a cross between 'hard-core bibliography and Antiques Roadshow'. 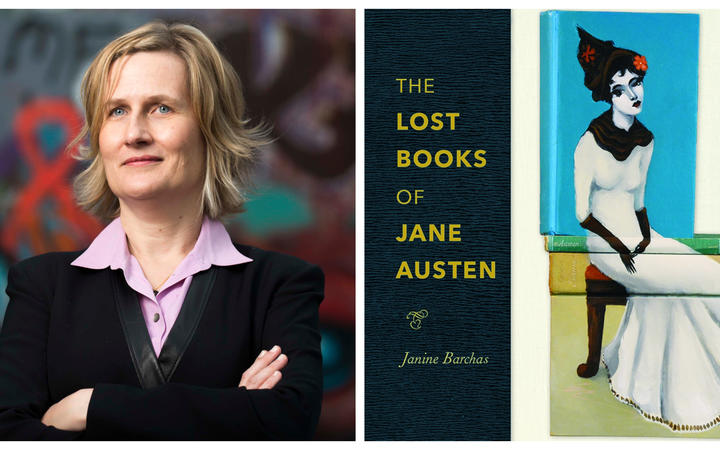 However, the professor says that Bentley wasn’t exactly the prince charming that came to revive Austen’s novels – after he got permission to republish them from the family in single volumes at six shillings.

“It’s quite a lot [of money] … it did not yet reach an ordinary man or woman, but then the reason that Bentley was forced to drop his own price was that books just became cheaper starting in the 1830s.”

“Book prices dropped in the latter half of the 19th century, so dramatically that ordinary working people, not just middle class folks, could read books and own them and they also owned Jane Austen.

“Suddenly people had stretches of six hours to fill in relatively smooth track and book stalls emerged at these train stations and they were selling these penny-dreadfuls and cheap paperbacks. These were books that fit into a pocket, they were the first pocket books.

“But trains also enabled the drop in prices in books because of the distribution channels that they made possible to take books that were published in London and elsewhere and move them around more easily.”

Then in 1896, a group of publishers, like W. T. Stead, wanted to improve literacy and thinking of those in the so-called working class by producing even cheaper versions of books for a penny.

“They were trying to combat what they thought was the moral aftermath of the penny-dreadfuls at the time. So their theory … was that if only the poor could access good quality literature, for the penny, at the same price point then the world would be a better place and Jane Austen was part of those projects.”

Although the cheaper versions did come with a bit of a catch.

“You would have to have very good eyesight because the print was very small, double columns, tiny, smaller than a paperback, [it was] very thin almost pamphlet-like.

“Pride and Prejudice was reduced to, I think, about 60 pages of a similar small type, and that’s the only abbreviation or abridgment that I talk about in the book, everything else is about Jane Austen being served up in her entirety in those cheap books.”

There was also interesting, or “very misguided”, aesthetic decision-making being made on the covers of the reprinted Austen novels, Prof Brachas says.

“Sometimes they are so bad they’re just wonderful,” she says. “In the 1940s, there were, on the continent, a lot of paperbacks printed post-war in Europe in different languages, that borrowed the glamour of Hollywood to put on every reprint known to man.

Another example the professor found was from the 1960s, in what she calls a short-lived romance series of paperback gothics, where Austen’s Northanger Abbey had the subtitle “the terror of Northanger Abbey has no name, no shape, yet it menaced Catherine Morland in the dead of the night!”.

“It’s wonderful, that whole series was a mixture of bodice rippers and classic authors that got repackaged as these gothic novels … this is about women under the cover of night, in the rain, running away from menacing buildings in the background.

“They’re all marketed in that way … In the 1960s, it must’ve given Jane Austen a kind of twist, and reading her in that context in that particular publisher’s series, would truly be different [than] if you were reading her in a Cambridge University Press edition in a classroom setting.”

Yet that kind of strategic marketing still seems to be happening today, even to Austen’s notable novels. In fact, it’s exactly that which motivated Prof Brachas to dig into these versions.

One day she was called upon by a teacher who was struggling with her classroom that had been given Pride and Prejudice as a reading. The students were convinced that Darcy might be a vampire because of how cold he was towards Elizabeth, Prof Brachas says. After looking into the edition that they were using, she found that the cover had imitated Stephenie Meyers’ Twilight series. 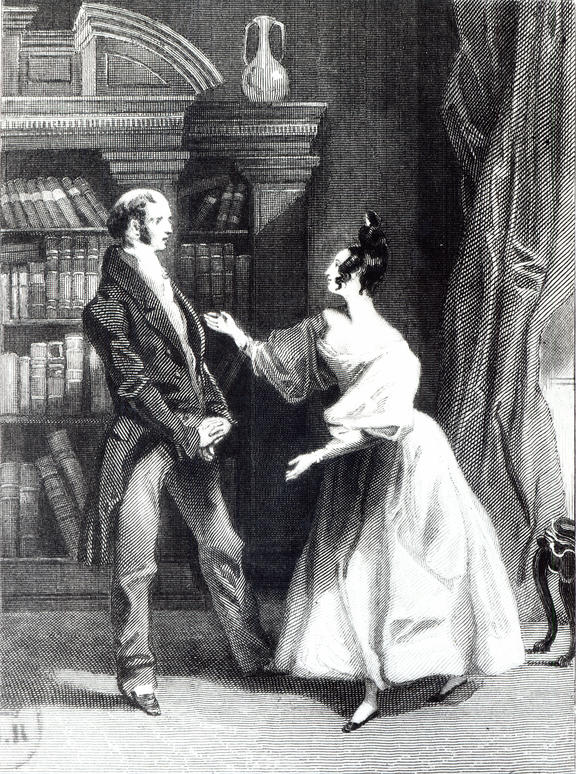 Elizabeth Bennett and her father. 'She then told him what Mr Darcy had voluntarily done for Lydia. He heard her with astonishment', illustration from 'Pride and Prejudice' by Jane Austen (1775-1817) engraved by William Greatbach (b.1802) 1833 (b/w photo) by Pickering, George (c.1794-1857); Bibliotheque Nationale, Paris, France. Photo: Bridgeman Images / Leemage via AFP

“It even had a sticker on some editions that said ‘Before Edward and Bella, the love that started it all’. So Elizabeth and Darcy were being marketed by this publisher in this very canny way, as pre-Twilight reading.

“It nagged me, thinking had that kind of misguided marketing, or effective marketing depending on your point of view, had it occurred before? When had Jane Austen covers started to look like something you could interpret before you opened the book?”

She says if all those cheap editions that brought Austen to popularity didn’t exist, then her novels would tell a different story – “a story of canonisation about the slow rise to the top”.

“She was popular, I dare to say, long before academics recognised her as great … it is that story - the story of the ordinary Jane, the Jane for the people - that I think is a story that is projected by these particular books where you see her as a six penny edition or half penny installment, or penny edition, for folks who clearly appreciated her enough to save these books and pass them on to their niece or nephew or children.”

She’s now hoping to bring these version into academic visibility and into the spotlight, to see how people treasured them and treated them almost like an heirloom to pass on.

“[To] have fans think about how it is that people at the time who were not always thought of as big readers of Jane Austen, coal miners and just ordinary working class folk, how it is they read her in these cheap books, what did they look for.

“Not many of them were annotated, but many of them have peoples’ names in them and from these names you can sometimes deduce generations gifting another generation what is an awfully cheap book that only cost a shilling or less, and it was passed on for two or three generations, because those names tell you that ownership story.”