Eve Ensler: 'Writing an apology to myself from my abusive father has freed me'

Forgiveness shouldn't be forced, but even an imagined apology can be transformational, says American writer and activist Eve Ensler.

In her latest book The Apology, Ensler writes an apology to herself from her long-dead father for his sexual and physical abuse of her as a child. 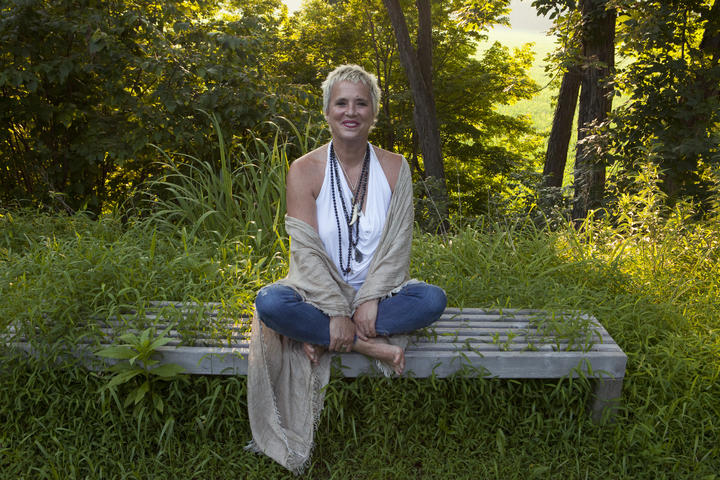 Eve Ensler is the author of the hugely successful play The Vagina Monologues and the founder of V-Day – a global movement to end violence against women and girls. Photo: supplied / Paula Allen

Writing from the perspective of her own abusive father was agonising but ultimately freeing, Ensler tells Kim Hill.

Ensler began writing The Apology as a way out of the internal dynamic with her father she felt trapped in.

Although she'd written about her father's abuse in the 2013 memoir In the Body of the World, Ensler says she hadn't "gone all the way in" before.

Writing The Apology gave her a better understanding of the patriarchal system that shaped her father – and even some compassion for him.

"My father went from this really toxic, terrifying predator – so much of my life he's inhabited that space in my consciousness – to where I could really see his brokenness, his vulnerability, his profound insecurities … I could see the making of him." 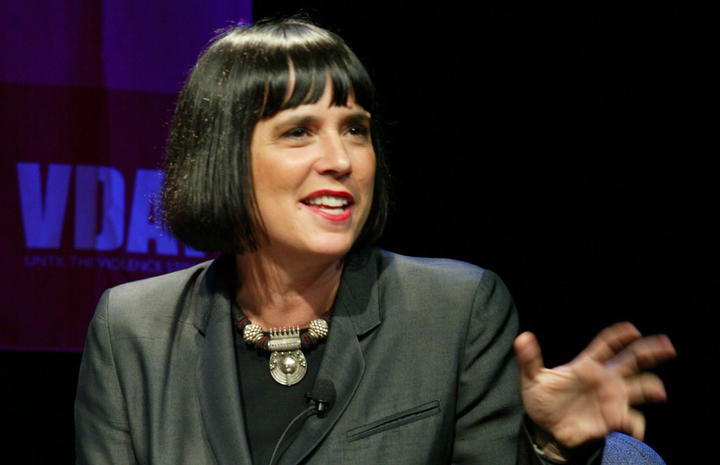 Ending violence towards women and girls requires that the patriarchy be "undone", Ensler says.

"One of the columns of patriarchy is to never apologise ever. How do we break that apart, how do we open it up, is a huge question."

For men like her father, to be an apologist is to be a traitor to manhood, she says.

"There is a male code that was established a long time ago – never admit, never say you're wrong, never say you did it. And it's almost as if to betray that is to betray men."

Ensler is hopeful that many men are now willing to "break with the pack" and take responsibility: "I have to believe that or we're sunk."

Males are often discouraged from showing vulnerability, she says.

Before Ensler's father died, he told her mother not to believe anything that their daughter told her about him.

This confirmed for Ensler's mother that her daughter was telling the truth about her husband's abuse, but for years mother and daughter didn't speak.

Ensler's mother eventually admitted to her daughter that she believed her.

"When I confronted [my mother] we began a deep arduous journey of her taking responsibility, her apologising and her really being brave, I thought, in acknowledging her role in it. By the time she left this world, I felt like we had come to a very beautiful place."

Although her father's behaviour was monstrous, Ensler says she no longer feels like his "perpetual victim".

"When people abuse us – particularly physically and particularly people we're very close to – they actually get inside us, they become embedded in us, and we come to know them, in some ways, more than we even know ourselves. And whether we like it or not they're there. Somehow bringing my father to the surface and seeing how he lived in me I got to change how he lived in me so he went from being a monster to an apologist, this overwhelming entity to a broken boy - and that was really powerful.

At 66, Ensler says she's now experiencing a sense of freedom and wellness she's never felt before.

"I feel now like it's over, it's done, I'm moving on … I'm older now, I've got a certain amount of years left. I'm thrilled these years are going to be free from that dynamic."