Boris Johnson’s majority in the House of Commons is now a slender one seat after the Conservatives lost the Welsh seat of Brecon and Radnorshire by-election last week to the Lib Dems.

Meanwhile the UK’s newly-appointed prime minister has assembled a cabinet of Brexiteer ultras and has signalled crashing out of the EU on October 31 with no deal is possible. 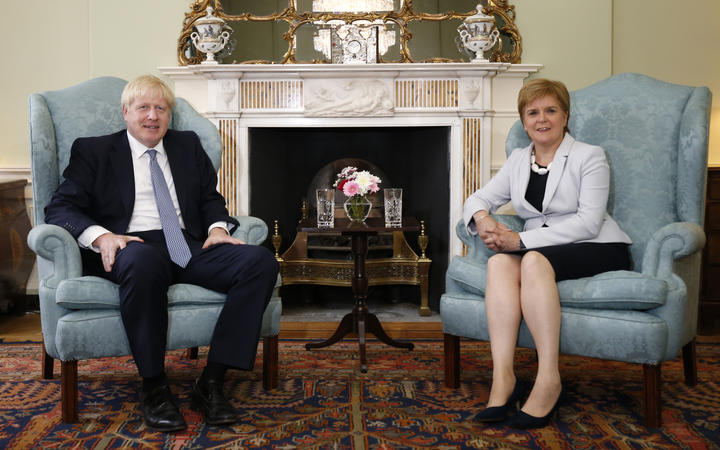 The EU has said it will not reopen negotiations. Johnson says the EU must abandon its insistence of a backstop on the border between Northern Ireland and the Republic of Ireland in the south.

Richard Whitman professor of politics and international relations at the University of Kent and visiting fellow at Chatham House told Kim Hill the future of the union looks uncertain.

“We're really in uncharted territory in the UK. Now Brexit has opened up these fault lines in Britain. And we've got a kind of two union problem; we've got a problem with the European Union, but we also have this problem now with the union of the United Kingdom.

“I think it's going to be an ongoing problem for the UK.”

One of many problems the Johnson government faces is it is deeply unpopular in Scotland where a majority voted to stay in the EU in the 2016 referendum.

And the Scottish National Party which holds power in the Scottish assembly is seeing a bump in popularity for its desire for an independent Scotland.

“The SNP, which is in power in the Parliament of Scotland, has been absolutely consistent since the Brexit vote in terms of wanting to remain in the European Union.

“It sees Brexit, or certainly sees a no deal Brexit, as something which is going to drag Scotland into a place that they don't want it to be. And therefore, that really would turn the tide in terms of seeing the Scottish public favour an independence referendum,” Whitman says.

Even Conservatives in Scotland see the English Tory brand as toxic, he says.

An SMP, Murdo Fraser, wants to break away from the Conservative Party and set up a separate Scottish Conservative party.

“It's basically part of detoxifying the brand, the Tory brand, because for Scottish Conservatives they find themselves out of step with the Westminster Conservative Party.

And then there’s the Irish border and the backstop, there is no solution in sight here, he says.

The EU wants the border between the Republic in the south which is in the EU and Northern Ireland which would be leaving the EU to remain seamless.

For this to happen the UK would have to maintain a close relationship with the EU for an undefined period of time, and the hard Brexiteers in the Conservative Party don’t like this.

But if the UK crashes out without a deal with the EU it could mean a hard border which will imperil the Good Friday Agreement, Whitman says. 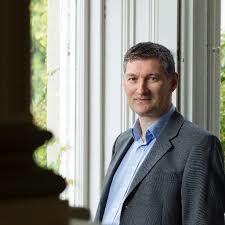 With a hard border that delicate balance is thrown out of the window.

And what of Wales? Wales like England had majority backing for Brexit in the referendum.

“Since the Brexit referendum Plaid Cymru, which is the Welsh Independence Party, has been basically arguing for more powers for Wales.”

He says both Plaid Cymru and the Labour Party in Wales oppose Brexit, particularly a no deal, disorderly exit.

Given Johnson’s government could drag three countries into a no deal Brexit they oppose, how genuine then is Johnson's claims about his passion for preserving the Union, it is the Conservative and Unionist Party after all.

Whitman has his doubts.

“If he does care he's going about it in a very strange way. Which is that obviously, Brexit is one of these issues that divides, it's an issue in which you've got essentially a fracture point that does fracture the union. Within the UK there's no balm being applied to these differences.

“He's absolutely gone out and thumped the tub for a no deal Brexit, which is the most dramatic form of Brexit you could possibly have, and clearly the one that maximises the difference between his government and the Scottish Government, and those who favour remaining in both Wales and Northern Ireland.

“So, yes, if he wants to hold the union together, he's going about it in a very strange way.”

An general election is likely this year and Johnson is already in campaign mode, Whitman says.

“The fact that he's splashing the cash … making all sorts of promises in terms of increased public expenditure, more police officers on the beat, more to deprived parts of the UK and so on.

“He's absolutely out there running in effect a campaign for the general election that he knows is coming sooner rather than later.”