What makes people happy and does it matter where in the world you live?

The journey to find out began for journalist Helen Russell when she moved from England to Denmark - thought of as one of the happiest countries in the world.

Russell's first book, The Year of Living Danishly - Uncovering the Secrets of the World's Happiest Country became an international bestseller, and her latest non-fiction work is The Atlas of Happiness. It’s a self-help book for people that don’t do self-help, she says. 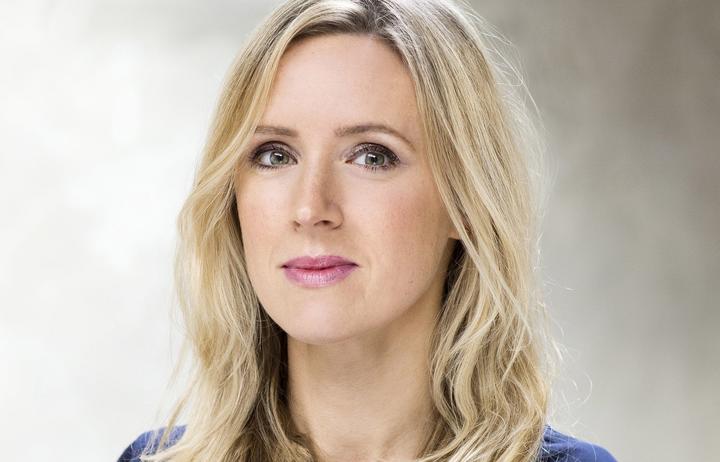 It’s not the weather that make Danish people so happy, says Russell, but it’s something about the trust-factor.

“These high levels of trust that you see in Denmark give people the head-space to be happy. If you’re not anxious that your neighbour’s going to rob from you, to put food on the table, everyone is looked after so you can relax a little bit more.”

The average Dane only puts in 33 hours a week of work, allowing them to have a good life outside of work, she says.

In fact, Danes expect to be happy at work.

“[Denmark] has its ups and downs same as any country, things in some respects aren’t as idyllic as when we first moved here.”

In the last Danish election there was a right-wing sway, Russell says.

“But the new government are committed to restoring a few of Denmark’s socialist ideals and looking after people a bit more so I remain hopeful.

There’s a strong drinking culture in Scandinavia, in fact in Finland the word kalsarikännit means drinking at home in your underwear.

“This is this idea that you don’t really need anyone else to have a good time.”

In Demark, they also drink a lot.

“There’s a sense that they pay these high taxes to have healthcare. They’re libertarians, they don’t see it as the State’s role to stop them from drinking.”

In Portugal, and in Brazil as a consequence of colonisation, there is a concept of melancholy for what has gone -saudade.

“I think many of the Latin cultures are a lot better at experiencing the gambit of emotions, at feeling the sadness as well as the happiness, and scientists have found experiencing this temporary sadness counterintuitively makes us happier by countering catharsis, improving our attention to detail, increasing perseverance and even promoting generosity.”

In trying to find happiness, many of us have forgotten how to be sad, she says.

Every year on 30 January, the whole of Brazil reflects upon paths not chosen as a sense of release, she says.

There’s a whole genre of art that’s grown out of this idea of saudade, Russell says, like fado music.

The Italian approach is very different - the sweetness of doing nothing.

“There’s a sort of rebellion about it, so Italy was ruled by many other people until the 1800s, so they think of themselves almost as the teenagers of Europe, and there’s still this really anti-authoritarian streak in many Italians.”

They feel like they should stop whenever they can to take moments of pleasure, Russell says.

“It’s almost radical in its simplicity.” 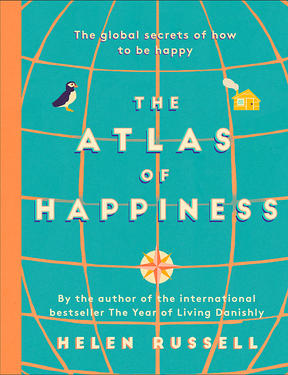 In Russell’s home of the UK, there’s the concept of being jolly.

“Jolliness is an interesting one and there are many associations with the stiff upper lip in the UK and in England specifically, there’s a nostalgia in some quarters for the World War Two idea of keeping calm and carrying on and it’s not perfect but it is a coping mechanism of sorts. There’s a sense that things may be falling apart but you just sort of keep going.”

Jolly is epitomised in Mary Poppins, Russell says – and Julie Andrews is its high-priestess.

“She had a really difficult childhood, then she had this beautiful singing voice. She only ever wanted to sing upbeat songs, still does, because she preferred that rather than the more depressing ones.”

Russell didn't forget New Zealand in the book and we get our own chapter, where Russell associates happiness with Tūrangawaewae and haka.

“I was very interested in this idea that [haka is] a way to express emotion and somebody within the group is not having a good time, or is not experiencing this positively, then the group changes and shifts and makes sure that everyone is included.”

She says she wanted to explain to others in the world that haka is not about aggression.

Formerly the editor of marieclaire.co.uk, Helen has worked as a correspondent for The Guardian, as well as writing a longstanding column for The Telegraph, and a slew of other magazines and newspapers around the world.