Dr Paul Wood: 'Prison was the most useful thing I could have experienced'

At the age of 19, Paul Wood was sentenced to life in prison for murder. Now he's a Doctor of Psychology, a development coach and the author of a new memoir How to Escape from Prison. 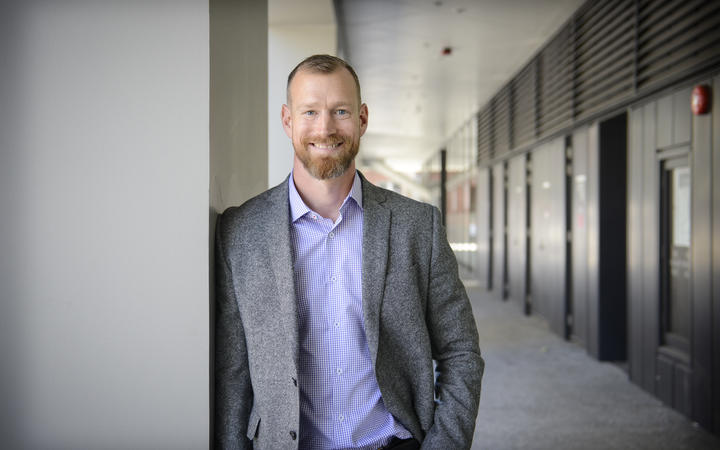 Wood was a teenager from a loving family who fell in with the wrong crowd, started taking drugs at 12 and eventually developed a heavy drug habit which continued in prison.

Yet the former high school dropout attained a BA in Psychology and Philosophy during his 11-year sentence. He talks to Kim Hill about prison, education, luck and accountability.

On his crime and conviction:

I'm 100 percent culpable for the unnecessary death of someone else. That death was caused by the actions I chose to take that were things that didn't need to happen. The justice system component is just a separate matter. It's not what I consider to be particularly relevant in terms of how I look at this.

On his victim's family:

I have had previous contact with them and initiated restorative justice processes which they have decided they are not interested in at this point.

One of the things I'm very conscious about, in terms of being in the media and talking about this, is that it must bring that back for them. And I'm absolutely willing to do anything that will help them with their journey, their healing, and always open to meet with them.

On moving on from the 'victim mentality' he had in prison:

It's always easier to blame everybody else. It's always easier to not take resp for your own action, particularly when that action is really problematic. For years I saw myself as a victim and that was unfortunately reinforced by other people - by inmates but also by staff members.

On many perpetrators viewing themselves as victims:

They don't deny their behaviour, but what they do is, for example, blame the victim. So they're not saying the bad thing that occurred here was my behaviour. Rather it was the inappropriate contact with the police of the person I victimised - that that's where the responsibility lies.

A lot of people in prison don't see their behaviour as wrong. They blame other people involved in ... the system.

[They think] 'I feel victimised, I feel hard done by in some way and therefore that justifies my behavior'.

I was lucky, I had a family to go back to who weren't involved in crime. I had people I could associate with in pro-social areas, I got into sport… I was incredibly fit when I got out of prison ... For years I'd been exercising twice a day so I went and put that to good use playing rugby league.

The people who have the hardest time are those who have criminally oriented or gang families and often have partners or children who are involved in the gang. Because then they have to separate themselves from all of those people who are closest and dearest to them. I was fortunate that that wasn't required of me.

I love that quote 'you never know what worse luck your bad luck saved you from'. For me, that's what prison was. Prison was bad luck in some respects, but actually, it was the most meaningful and useful thing I could have experienced to save me from a life of worse luck or worse decisions…

On being Pākeha in prison

When I go into a store I don't tend to have shop assistants look at me like I might be a shoplifter.

On falling in love with study:

The original Greek word for education means 'to lead out of' and that's what education did for me. It led me out of the darkness of my own ignorance. It led me out of this really small world that inhabited and opened my eyes to other things that I could succeed at, be good at, be interested in, things that would give me a sense of value in myself… but also that I could be proud of, which is not something I'd had a lot of experience of … The level of pride and validation was so much broader and greater than anything I'd experienced before.

On the role of prison:

Prison has a place … I just think it needs to be an environment which maximises the likelihood that people will take ownership for their behaviour and if they have the desire and the inclination, they can learn how to be better and do better.