Arundhati Roy on writing and politics

Roy who catapulted to fame with her debut novel The God of Small Things which won the 1997 Booker Prize, tells Kim Hill that Hindu nationalism is on the rise. 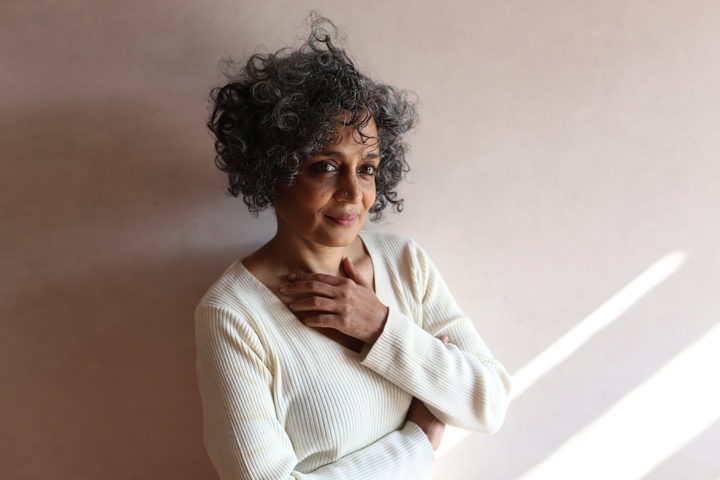 After a long and bitter campaign and six weeks of voting, in late-May Narendra Modi was re-elected as the Prime Minister of India as leader of the Bharatiya Janata Party (BJB). Modi was up against the resurgent main opposition Congress Party led by Rahul Gandhi, and powerful regional rivals across the country.

“You’re witnessing a situation where one party [BJP] has more than 20 times the wealth of any other party, it has corporate support and the corporations own the media, it has 24-hour media coverage, it has its own digital database fighting an election.”

She says the real power behind Modi is the Rashtriya Swayamsevak Sangh (RSS), a nationalist organisation that has long declared that India must be a Hindu nation.

“Now, we’re on our way towards becoming that, in which harm to minority communities is very much part of the process.”

There’s no doubt that the Bharatiya Janata Party party’s vote share is increasing, however, she says, there’s continuous propaganda.

“It’s a kind of information dystopia which results in something like this.”

There’s an atmosphere that opposition will not be tolerated, she says. Several critics of the Hindu far-right have been assassinated or jailed. Roy herself has been jailed.

And she’s worried about the threat to intellectual political thought and debate.

“They’re openly talking about it, the general secretary of the BJB the day after the election… they’re just openly saying things like these people need to be wiped out of the intellectual landscape, they’re using these words.

“It’s not just a question of my safety, it’s a question of the survival of the idea of any form of opposition, political or intellectual or cultural, any form of diversity, there’s a kind of urge to homogeny now which has been given a great strength injection by his election, so people are very vulnerable.”

She says it’s the oldest game in the book. “All you have to do is say that you’re under attack and call the people who question you anti-patriotic.”

Arundhati Roy has published more than 18 books including Booker-longlisted second novel The Ministry of Utmost Happiness (2017) and major works of non-fiction such as Field Notes on Democracy: Listening to Grasshoppers, Capitalism: A Ghost Story, The End of Imagination and, now, My Seditious Heart, an upcoming single-volume collection of her political essay writing over 20 years.

She will be in New Zealand in July as part of a special event connected to this year's Auckland Writers Festival, details here.  Roy is also a keynote speaker at the Association of Commonwealth Language and Literature Studies Conference, hosted by The University of Auckland 15-19 July.