Amy Adrion: Director of Half the Picture

Just over four percent of the films in Hollywood are directed by women - a number that hasn’t substantially changed in 20 years.

Director and writer Amy Adrion wanted to find out why.

Her debut feature, Half the Picture, celebrates the ground-breaking work of women film directors such as Lena Dunham, Ava DuVernay and Catherine Harwicke. 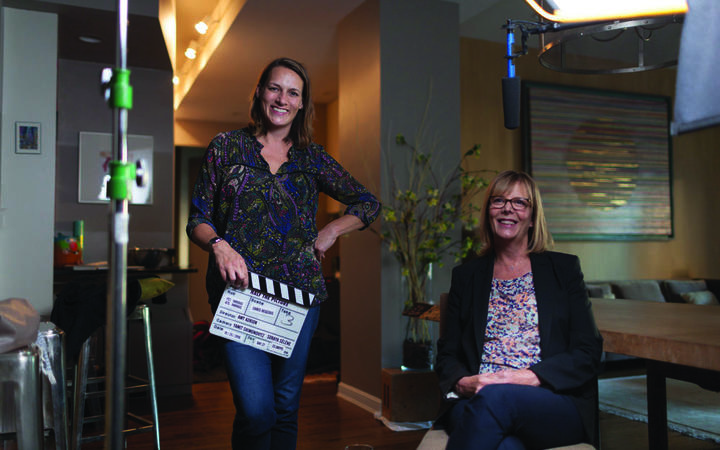 Adrion's work has screened at the Sundance, SXSW, Tribeca and Los Angeles Film Festivals and she has won numerous film awards.

“A lot of these women, understandably, are quite cautious, they don’t want to come off as bitchy, or complainers, or difficult because those are terms that women directors can get labelled with, that can really side-line you… I think for a long-time, women have even been extremely reluctant to even complain about things that are going on on set that are just not right.”

Brenda Chapman, who won an Oscar for Brave, was told by Pixar that they didn’t want her on the Oscar stage, says Adrion.

“Then they said, if you go up you’re not allowed to say anything.”

Chapman, who also directed The Lion King and The Prince of Egypt, came up with the idea for Brave, basing it on her relationship with her daughter, and was the director until she was fired more than a year before it was released. She retained her co-director credit.

“It’s such a literal representation of how women get written out, ignored, shunned to the side, in the industry. It’s one women’s story but it really stands in for how a lot of the achievements of women get ignored.”

The impact stories have on people is massive, as is choosing straight, white men to write, direct and play the hero, says Adrion.

Adrion says any time she would bump up against a frustration or challenge in her own career - something that wasn’t working or a lack of money - she could go through the interviews she’d done and pick out a piece of advice that would help her get through.

“The women in the film give so much good advice and share stories [about] where they’ve been in those situations too and they’ve had those moments.”

When Adrion started making the film, her two sons were three and five years old and she says balancing a career that has long hours, with being a mother is challenging.

It’s something director and writer Miranda July who also appears in the film knows very well.

July says the pain she experiences when she’s directing a film and missing her son, is the same “juice” her films run on.

“She again is someone that was very open about the struggles that she had and imagining making her next film with a really young son at home. She ended by saying all this stuff we’re feeling, all this angst, all this guilt and this deep love for our children, all of it is the juice that you use to make your creative work, to make your art. Like that’s life, that’s art, that’s not stuff that you have to put in a closet and pretend doesn’t exist.”

We just need to be gentle with ourselves as we navigate the different forces in life, Adrion says.

“This idea that you need to be some kind of muscly, jacked guy with a baseball hat to make a movie where people are pretending to be people they’re not and all these weird things that are not really happening you’re pretending are happening – it’s just crazy. Women are as creative as men, we just need to be open to a new idea about what a director is.”

Amy Adrion is a director and writer whose work has screened at the Sundance, SXSW, Tribeca and Los Angeles Film Festivals, been broadcast on PBS and MTV, and won numerous awards. Half the Picutre had its world premiere at the Sundance Film Festival in 2018 and has come to the Doc Edge Festival, currently underway in Auckland.