One of the world’s most famous yoga masters was to some a beloved teacher and a guide to enlightenment. To others, he was a sexual predator and a bully.

Manouso Manos was an Iyengar yoga teacher in San Fransisco who was recently decertified following an investigation into reports of sexual assaults against students. 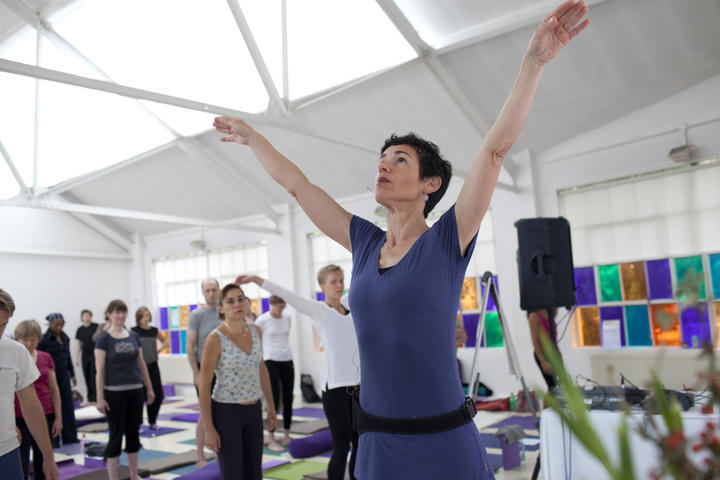 Manos was a student of Bellur Krishnamachar Sundararaja Iyengar, known as B.K.S, who developed the style that focuses on alignment and incorporates the use of blocks and bolsters and who is credited with popularising a contemporary form of yoga.

Internationally respected yoga teacher Donna Farhi has been following the Manos case for decades and says complaints against him go back to the 1980s. 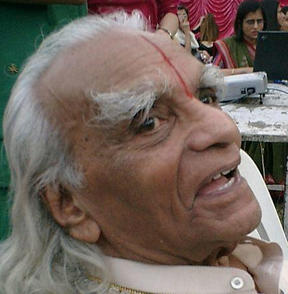 And she says the time it's taken to deal with the complaints against Manos demonstrates a yoga culture systemically corrupt at its core.

In fact, the first of the more recent complaints, made by yoga teacher Ann West, was handled by an ethics committee that included a longtime student of Manos, says Farhi. The student didn’t excuse themselves from the committee and the complaint was dismissed.

Despite this, West refused to back down and other women began to come forward. A Radio KQED journalist in San Fransisco reported on the allegations and as pressure began to mount publicly, the Iyengar organisation in the US decided to proceed with an independent investigation.

The leaders of the Iyengar organisation in India were absolutely against an investigation, says Farhi.

And the institutional nepotism within the organisation made it very difficult for women to come forward and be believed, she says.

“Certainly, for the number of women who were abused over decades, for that to go on, they had to have been complicity involved in covering up those stories in turning a blind eye to things seen.”

Challenging someone like Manos is like the beginning of the end of your career, she says. The women are absolutely terrified to come forward.

“In these sorts of rigid hierarchies, careers can be heavily leveraged by association with a lineage, your association with members higher up in the organisation becomes very important to you.”

“I believe for many yoga practitioners they have to restore custody of their own body, in that my body, simply because it’s in a room with a teacher, does not mean that that teacher has the implied consent to touch me or to do something to my body.”

When you have implied consent, where teachers truly believe that they have the right to touch you wherever and however, it begins to blur boundaries, she says.

“Sexual abuse has not been the only issue within yoga culture, we’re also talking about teachers aggressively adjusting students and in some cases, physically assaulting them.”

Farthi says in her mid-20s she was physically assaulted by B.K.S Iyengar at a yoga conference in the US.

“I can describe that assault to people in yoga culture now and they don’t even blink.”

There are all the dynamics of a cult in operation, she says.

“I didn’t even recognise it as abuse until I fell into a very deep depression, I would say a clinical depression. I went to have counsel with a Unitarian minister, I had been going to the Unitarian Church, and she was the first person who used the word abuse, and at that moment I woke up.”

The modelling of aggressive behaviour tends to trickle down the ranks, she says.

“.B.K.S Iyengar was known for slapping for kicking, I have a colleague who was in his 60s when he went to India to study with Iyengar, was kicked in the chest while he was in headstand and that’s been corroborated by another colleague who very recently said she was in the room when that happened and the thud of his foot hitting this man’s chest was so appalling to her, in that moment she realised she could no longer study with this man.”

She herself has started using consent cards that people can put on their mat to let her know whether or not they are open to hands on adjustments or not.

“The teacher’s role becomes to create a safe context in which people can heighten their own perception to be able to make those decisions more skilfully,” she says.

Since B.K.S’s death, his granddaughter has become the new leader of the movement and she recently gave an address at a US convention that Farhi says was deeply disturbing.

“She eventually gave a primer, a foundation course in this archaic pedagogy in which she very explicitly states that it’s ridiculous that a teacher should have to ask for permission to touch a student and it was most unfortunate she showed photographs of herself being “adjusted” by B.K.S Iyengar and one of those photographs that she showed at the conference was of B.K.S Iyengar pressing down on her spine as she was in a forward bend.”

Farthi says she knows students who have had their hamstrings torn off their bone from that adjustment.

The Iyengar organisation in the US is currently drafting a code of conduct to address these issues.

But as Farhi says, how do you do this when the guy at top is abusing people.

Manos himself is still teaching, in Lativa and Russia, she says, because although he has had his Iyengar certification taken away he can teach as long as his drops the name Iyengar.

Iyengar yoga is not the only yoga community to be faced with serious allegations either.

“Certainly there are other systems of yoga now that are coming into the light and quite frankly, in my lifetime, and I’ll be turning 60 this year, almost every single lineage has been marred by scandal.”

She believes the yoga community is now at the point where it needs government licensing.

Donna Farhi is the author of several books including Teaching Yoga: Ethics and the Teacher-student Relationship. She’s been practicing yoga for over 40 years and teaching since 1982.