Understanding Neanderthals and our relationship to them

In a cave in northern Iraq, several Neanderthal fossils have been uncovered.

While fossils have been found in other areas of the world, what makes these neanderthal fossils interesting is what paleoanthropologists found when they were reconstructed. 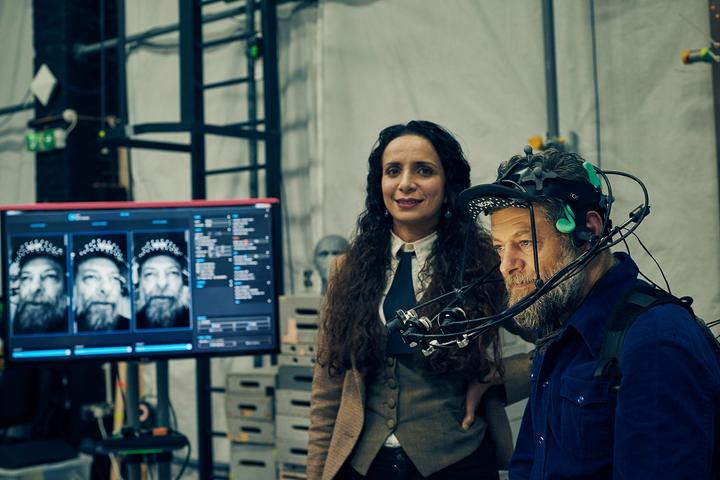 Paleoanthropologist Ella Al-Shamahi is a Neanderthal specialist who is also an archaeologist and stand-up comic.

She says one of the reconstructed Neanderthals, lovingly named Ned, was disabled and quite old when he died.

“What that showed is that there was no way that he could have survived with that disability on his own without help.”

Despite what we may have previously thought, she says Neanderthal’s looked after their weak, old and frail.

“We have this stereotype that they’re these brutish cavemen, knuckle- dragging and God knows what, and actually they were so much like us.”

“The anatomy suggests that there was nothing barring them from speaking. If you look at their culture, their culture was really quite advanced so it’s hard to believe that they weren’t communicating with each other in some way. I think the question is more, did they have advanced language, was it more like a proto-language, like a precursor to language, did they have adjectives or was everything quite straightforward – I think that’s more the question.”

Neanderthal’s lived on earth much longer than us and became extinct 40,000 years ago.

“They were an interesting species because they didn’t develop everywhere, for example we exist all over the planet, that wasn’t the case with Neanderthals.”

They seemed to be in Europe and the northern and central parts of Asia but beyond that they didn’t have a big spread, she says.

“The crazy thing is, now we have Neanderthal DNA, which you can just imagine, is insane. In the old days, when people thought about archaeology people thought about Indiana Jones, people going into caves, you know, wherever, to dig up bodies but now people also wear hazmat suits because they’re wanting to get DNA off these bones.”

The DNA showed that the population was quite small, estimated at 100,000.

“This is the only time on earth when only one species has roamed the earth, previously we were roaming the earth with actually a number of other species and then something happened and they all essentially went extinct. A lot of people think that had something to do with us, our expansion across the world, we were somehow better at competing with them, there was something about our social structure, maybe there’s something about our brain organisation, who knows really, it’s constantly debated.”

The big question for Al-Shamahi is, when we met, what was that like?

“We’d kind of left Africa and we bumped into this species and I just have no real sense of what that was like. Did we recognise that we were really different, did we look at them and think actually you’re pretty similar to us.”

That question is a big part of the BBC series she presents; Horizon: Body Clock - What Makes Your Body Tick. Neanderthals.

The show asks the burning questions, like did we make love or war when we did meet them?

“We did have sex with them for sure because everybody from outside of sub-Saharan Africa has up to 4 percent Neanderthal DNA, on average it’s about 2 percent. Some of our great, great, great grandparents were definitely doing something with Neanderthals.”

But was it frequent or rare, was it looked down upon or was it normal?

“The DNA seems to be suggesting that it probably wasn’t just a case of one or two one-offs, it was probably a bit more frequent… for us to have sex with them and have offspring with them was actually probably kind of useful because we were introducing some beneficial genes into our system.

“It’s a bit like a trick, you leave Africa, you can either evolve all of those immunities on your own or you can interbreed with a species that’s already been there for a few hundred thousand years and is already well adapted to the landscape.”

There’s a possibility that some type two diabetes is influenced by Neanderthal genes, says Al-Shamahi.

It’s a theory that’s not accepted by everyone, but it’s interesting, she says.

“The idea behind that is maybe it was really advantageous for you to be able to store foods because it was really cold in northern Europe, it was hard to come across food so it was probably really advantageous, but now obviously there’s a lot more food around, suddenly you’re not storing things for the winter so to speak, you’re just putting on weight, you’re eating a bit more.”

Al-Shamahi almost exclusively works "in places hard to get insurance" including Iraq and Yemen, where she's been trying to find Paleolithic caves in which to test a theory that early humans may have migrated out of Africa via land bridges between East Africa and Yemen.

Lately she’s been working Socotra, an island between Yemen and Somalia, known as the most alien looking place on Earth.

It’s one of the most bio-diverse places, with some species existing nowhere else on the planet, but because of war in Yemen and climate change problems, hardly anyone is working in this field on the island.

Originally it was thought that land-bridges or boats were the only way anyone could have got there, now the thinking is that perhaps they were on rafts because people were there much earlier than there were boats.

But were there Neanderthals there?

“I think if there were Neanderthals there, I’d eat my socks, it’d show that Neanderthals were spreading much further… in palaeoanthropology, my field, you eat your socks a lot.”

The general thinking is they were more of a cold-adapted species, so probably not, she says.

It’s amazing to see how much scientific potential disregarded places have.

“If you think about Ned, our Neanderthal, he’s an Iraqi Neanderthal at the end of the day, if they’d never gone into Iraq to dig up that cave they’d have never had known this incredible Neanderthal existed.”

There’s mysteries all over the planet, she says.

So, among other things, they did an experiment.

“What we did was we got a Neanderthal and we put him on the London underground and we essentially asked the audience, would you swap carriages if you saw this guy in the underground with you in the London metro system.”

It really splits a room, she says.

“I swear some of my friends would date that guy, like he’s not that weird.”

Ella Al-Shamahi has been performing science stand-up for four years in the UK and the States, from the Bloomsbury Theatre to the National Geographic main-stage in DC. She has also taken three shows to the world-renowned Edinburgh Fringe Festival.

In 2018 she presented BBC Two's science series, Neanderthals: Meet Your Ancestors, as well as Horizon: Body Clock - What Makes Your Body Tick. Neanderthals will air in New Zealand on Wednesdays from 24 April, 8.30pm, BBC Earth, SKY Channel 74. Also available on SKY Go and SKY On Demand.