Ian McEwan: 'I’m a total news junkie, even as it gives me enormous pain'

British novelist Ian McEwan's latest book re-imagines history. Set in a 1980s London where the Beatles have reformed, Britain has lost the Falklands War, Margaret Thatcher is a passionate advocate for public transport and robots live alongside humans.

Alan Turing, in this speculative history, has made a breakthrough in artificial intelligence allowing for the creation of artificial humans. 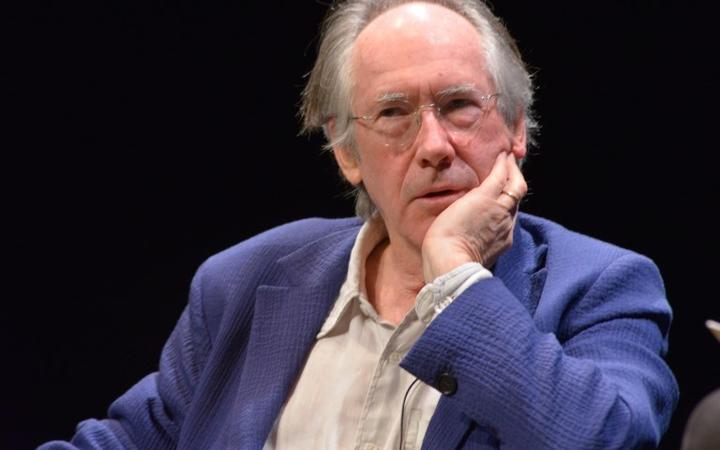 Machines like Me centres on a love triangle between Charlie, his girlfriend Miranda and a “synthetic human” called Adam.

Miranda falls for Adam, but is it really betrayal?

“I wanted to get in up close as it were, not only sexually but emotionally and intellectually too, to what it would be like to interact with someone who has all the emotional responses you would associate with a human being and yet you know that they were built somewhere,” McEwan says.

Charlie confronts Miranda about the affair and the two argue about whether it is an act of betrayal, McEwan says.

“She insists it isn’t, it’s just a machine, but he says it’s more than a machine, even though at the same time he’s having his doubts himself and struggling with this.

“He’s also very proud that he’s got such a modern dilemma that no one else yet has, but yes he has old fashioned jealousy and sorrow and yet he’s on this cutting edge of trying to decide whether an artificial human who’s completely convincing is really a human.”

Adam is programmed to display the very best of human behaviour, McEwan says, but struggles to cope with the messy reality of the human world.

“All of our religions and philosophies, as well as gossip over the garden fence, makes clear the fact that we know how to be good, but we’re not always so great at being good all the time.

“I tried to imagine it would be possible that we would programme all of our best moral precepts into an artificial human. And then we set it loose among us, and it suffers a critical, savage form of disappointment because it discovers that there are people dying of incurable diseases, there are wars in which children are being bombed, beautiful forests are being cut down to make toilet paper. What does a good-thinking robot do?”

We are only making our first baby steps in what it means to hand over ethical decisions to a machine and it’s already taxing a lot of good minds.

Adam is one of a batch of 25 robots and some of them “can’t take it anymore” McEwan says and “simply decide to turn off their consciousness".

“So as long as we don’t really know ourselves very well, we are in a rather difficult position to make another being, it was fine for God, a perfect being in the story of Adam and Eve, but what if it was Adam and Eve making an Adam and Eve? Not so good.”

The great technological leaps the book imagines are possible because the brilliant computer scientist Alan Turing has lived a long, much-lauded life.

“I imagined his friends talked him out of the chemical castration, he spends a year in prison, he manages to get a cell to himself for most of the time and do some serious thinking. It could so easily have happened. 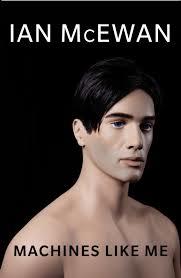 “Most people went to jail for a year or two on these kinds of charges.

“I feel it is a great tragedy, so I gave him a life, he’s a gay man. I make him something of an icon for a shift in social attitudes and he makes a colossal contribution to, even greater than the one he already had, to computer science and also to physics and to some extent to biology.

“Even as I was writing it, I began to miss him, I got so attached to him.”

McEwan says that by pulling the levers of history he was able to create a world that was at once familiar and very different from the reality of 1980s Britain.

“One of the reasons I’ve never been a great fan of science fiction is it’s always set in the future and it has a kind of predictive quality, I just wanted to play around with the ideas and I had the thought that Alan Turing could so easily have lived it might have made a great difference to computer science, and if the science is going to shift to one side a little to what actually happened, why not shift the politics as well, and the society and make a world that is more or less familiar but each contingent bit of reality has gone down a slightly different path.”

We are only just starting to grapple with how much power do we cede to artificial intelligence, McEwan says.

“We are only making our first baby steps in what it means to hand over ethical decisions to a machine and it’s already taxing a lot of good minds.

“We’ve got our toes in the ocean of fascinating moral and technical problems.

“Assuming civilisation makes it through climate change and nuclear war it’s going to tax us for two or three hundred years I should think.”

In his alternate 1980s there is a Brexit Party, the current “nervous breakdown” in the UK is something that has preoccupied him, he says.

“I’m a total news junkie, even as it gives me enormous pain, I have to do a couple of hours of Brexit a day, and I’ve written about it and I’m writing about it even now, for whenever we leave. 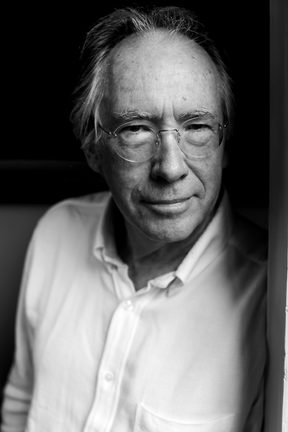 “For the last two or three years I’ve been rather preoccupied with two rather dark subjects one is Brexit the other is Donald Trump.”

And access to the world outside his writing room is a constant distraction, he says.

“In my 20s the machine you worked on back then did nothing but type, the machine I work on now is a portal to just about every piece of knowledge and news and entertainment you can conceive of, it’s very, very distracting.

“It’s a wonderful opportunity in one respect, but a colossal distraction on the other.”

McEwan says he manages to get down to work and doesn’t use any blocking programmes to keep him focussed on the task at hand.

“I just have to learn to take a whip to my own back and get down to work and don’t go anywhere near the internet and I more or less manage it, but it’s always there, just a movement of a mouse, it’s a very strange thing it’s a paper thin wall that divides you from the necessary solitude of writing to full on engagement with a very, very noisy world.”

Machines Like Me is out on the 16th of April.

Ian McEwan won the Somerset Maugham Award in 1976 for his first collection of short stories First Love, Last Rites;  he has since won numerous literary awards.

McEwan has been listed by The Times as among "The 50 greatest British writers since 1945", he's been shortlisted for the Man Booker several times - his novel Amsterdam won it in 1998. Atonement received the WH Smith Literary Award (2002) and was also made into an Oscar-winning film. In 2006, McEwan won the James Tait Black Memorial Prize for his novel Saturday and his novel On Chesil Beach was named Galaxy Book of the Year.

On Chesil Beach and The Children Act both recently been made into feature films.