On Chesil Beach review: a poignant story of star-crossed romance

Review - The bittersweetness of Atonement was almost unbearably poignant, and it's repeated in On Chesil Beach, another Ian McEwan book adaptation.

It's is a film based entirely on talent – a brilliant novelist, adapting his own book, a distinguished theatre director making his debut on film, and a brilliant cast.

McEwan's stories carries that unique feeling - a combination of happiness and regret, joy and sorrow in the same scene.

On Chesil Beach opens on the beautiful sweeping Dorset beach, deserted apart from two figures who are seen walking along it. Their names are Florence and Edward. It's 1962 and the couple have just got married.

Florence, played by marvellous Irish actress Saoirse Ronan (Atonement, Lady Bird and The Lovely Bones), is a well-bred musician and a keen believer in banning the bomb.

She seems to be channeling a young Vanessa Redgrave, 10 years after they both played the same character in Atonement.

Edward, played by Billy Howle (Dunkirk) is more worldly but less focused. He couldn't look more early '60s. With his loose floppy hair and his earnest enthusiasm, he reminded me of pop star and occasional actor Paul Jones.

He likes Rock 'n' Roll, and is amused at how little Florence has been touched by the '60s.

As the pair walk back to the hotel, little things remind them of how they met.

At the start, they don't seem that different. They've both just finished university - Oxford for Florence, London for Edward - and they seem to embody a certain type of young person in England, just before it started swinging.

However, as the couple continue their walk, and they're reminded of other events in their lives, that initial similarity is dispelled.

We watch Florence trying to convince her snobby parents - played by more terrific actors: Emily Watson and Samuel West - to accept Edward. They clearly don't deserve a daughter like Florence. 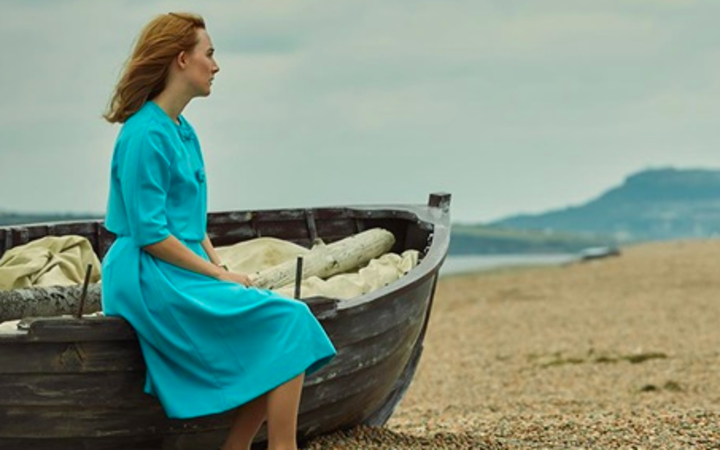 A more heartbreaking moment is when Florence visits Edward's family, in a rural cottage dominated by the difficulty of coping with Edward's invalid mother - another beautiful performance, in a film full of them, by Anne-Marie Duff.

The narrative seems to be heading towards Florence and Edward's wedding night, but at the same time, the story is looking back.

The further back we look, the more we see signs that this marriage may not be all plain sailing despite the love they share.

Part of the problem is how uptight life was in middle-class England coming out of the repressed 1950s.

Part of it is simply how young the couple is, and how easy it is to make a mistake, but there are hidden secrets as well, buried in the past.

It's a compliment - to the script by McEwan himself, to the delicate handling by distinguished theatre director Dominic Cooke in his movie debut, and particularly to the wonderful acting - that we feel what's going on without it being spelled out for us.

Ronan once again demonstrates she is one of the finest and most perceptive actors of her generation: there's never a false note.

She's matched by Howle, who comes into his own in the long coda to the film that glimpses into the possible futures of the young couple.

On Chesil Beach is a film to experience, not to pull apart.

Suffice to say it will grip you, it will touch you, it will break your heart more than once, and it will offer that unique Ian McEwan blend of sadness and satisfaction that defies summary.