House of Travel CEO: 'Corporate life wasn't for me'

The co-founder, CEO and chairman of House of Travel. says his success is down to his ‘no bullshit’ partnership approach to business.

The son of a Lyttleton wharfie, Chris Paulsen started his career in the travel industry with Air New Zealand in 1968 and struck out on his own in 1977, establishing a travel wholesale business after selling his car to fund the start-up. He sold that business to found House of Travel in 1986. Last year Paulsen was awarded a lifetime award by the Travel Agents Association of New Zealand. 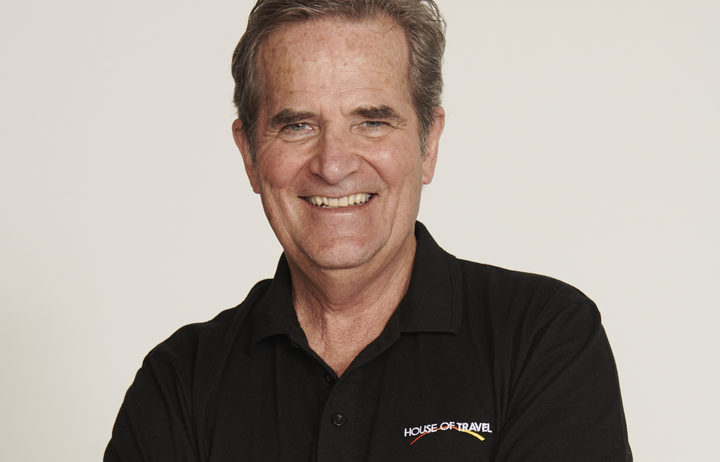 The company now boasts a turnover of over $2 billion annually and has 75 stores in New Zealand. Each store is run on a joint ownership model - half-owned by a local owner-operator, and half-owned by House of Travel Holdings.

“Right from the beginning we made it really clear we didn’t want to be a corporate organisation so ‘no bullshit’ was front and centre. What we realised was that a combination of high powered executive team with skills in marketing and technology and retail development, mentoring and so on, working with owner-operators to focus in their local market - a combination of those two things would work really well.

“The thing is, owner-operators and their consultants deal with customers everyday so it’s important - and vital actually - that we get their feedback into any strategic plan we may have.”

Paulsen might serve as an inspiration to those who don’t thrive in the school system, though a bit of luck played in his early success.

“My parents had an ambition that I would go to university, but I managed their expectation very well by missing School Certificate the first time around and only sliding through by the skin of my teeth the second time.”

After school he joined Air New Zealand as an office junior. He was surprised he got the job - a very glamorous one in those days - until he discovered the hiring manager was an old boy from his high school. He worked his way through and became a sales manager for the airline, but the realities of working for a large company eventually hit home.

“I was in Invercargill with Air New Zealand as their district sales manger and I thought it was ridiculous to have that level of resource in Invercargill, so I wrote to Air New Zealand in Auckland and told them they should close my role down and move it to Dunedin and I’d cover Otago and Southland from there. And, so, they sent someone down to see me who basically told me that I had the wrong attitude. So, I realised corporate life wasn’t for me.”

He and his wife Maureen decided to move back to Christchurch where he would open a wholesale travel business with a friend from Air New Zealand. The only asset he and Maureen had was their car, so they sold it and went into business with $3000 investment.

“We were so young it was just blind faith really that we assumed it would work.”

Paulsen says he and the co-founder knew all the travel agents in the South Island, but had little experience with the wholesale market. They did a bit of training in Auckland and then returned home and asked the agents to give them a go. On their first day they made a huge mistake which ended up costing them. But it also gave them much needed exposure.

Their first client was a local travel agent who had two customers that wanted a holiday in Rarotonga. She called and told Paulsen it was their chance to prove themselves. He and his co-founder sat down and calculated the prices, coming to the same conclusion, and called her back. She was stunned at the low price and locked it in. They realised later they had left off the cost of domestic travel lost $500 on their first booking.

But that night the agent who sold the tickets went to a travel industry function where she told everyone about this new company with amazing prices.

“The next day, our phones were off the hook and it was the best marketing dollars we ever spent.”

Paulsen says he didn’t want to leave the wholesale business but were forced to because of consolidation in the marketplace that squeezed out the industry. He was told by a major company doing the same thing in Auckland to either sell to them or they’d open a competitor in Christchurch.

Paulsen was keen to re-enter the retail market anyway, and so House of Travel was born in 1987. That year, the stock market crashed.

“It wasn’t a good year. In fact, I remember phoning John Kemp who was an owner-operator in Timaru and saying ‘John, I’m a bit worried about the market’. He said, ‘no worries, Chris. Down here, mate, if you’re a farmer and you’ve got a bit of dough you can’t go buy a new car or tractor, but you can disappear overseas for a couple weeks on holiday and no-one’s going to know. Farmers still travel, don’t worry, it’ll be fine.’ And he was absolutely right.”

His idea to have House of Travel split its business 50/50 is an anathema to lawyers who stress you need 51 percent to take control when necessary. But Paulsen says having to work things out with owner-operators is part of why he loves the system.

“People enter our partnerships recognising that that’s the way it’s going to work. You have to find a way to a resolution which we have done over the years many times. This is an industry that evolves and changes all the time and we’re always dealing with new challenges.”

One of those challenges came in 1998 when Air New Zealand and Qantas both announced they were reducing travel agent commission from nine percent to five percent.

“We worked out we were going to go broke as a business. It wasn’t sustainable unless we actually re-focused the business. So, we got together with our owner-operators and we debated for some time about the best way forward. And that’s why I’m so passionate about this concept: holdings didn’t come up with the solution, it was a combination of the owner-operators’ knowledge and skill and understanding of the market and our skills combined that actually found a way through a very challenging period in the industry.”

Paulsen says others in the industry didn’t expect House of Travel to succeed or even survive, partly because they were a South Island based business in the beginning.

“We opened, on average, one new outlet every nine weeks for 15 years and we gradually moved through the country and what we realised is that if we stay out of the Herald and we weren’t a significant threat in Auckland, everyone tended to discount us. So, we grew from the South Island to the north under the radar.”

The business now operates in all states in Australia where they estimate they’ll turn over around $600 million this year. Paulsen has had a number of offers to sell the business, but says he’s never been tempted.

“The important thing is that I’m in a business partnership and what we have is a 50-year vision for House of Travel, so it’s about how do we evolve this business beyond our own individual involvement. That’s the owner-operators, but it’s also myself. If we focus on evolving and changing, the future will take care of itself.”