Gays For Trump leader Peter Boykin: 'We will re-elect him'

Donald Trump's 2017 tweets about banning transgender people from the military are his only misstep as American president so far, according to Peter Boykin, the founder and president of Gays for Trump. 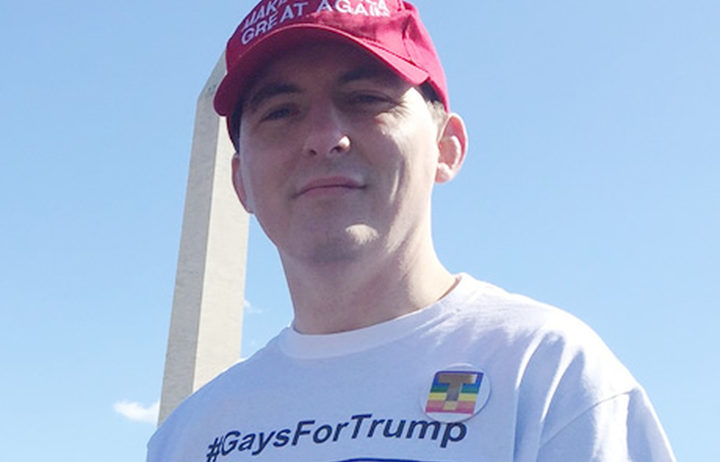 He tells Kim Hill that Donald Trump has always been pro-LGBT and "plenty of transsexuals" support Gays for Trump.

Trump has never demonstrated himself to be racist or homophobic and his administration has not removed "one bit of protection for gays", Boykin says.

"As for rights, I haven't lost any rights… marriage is not going to be taken away. There's no call to be losing any kind of rights at all. It's all a technical scare by the gay organisations that are so much bent on so-called gay marriage … they were worried about sources of additional funding."

Peter says that he supports the transgender community, but believes trans people are "gender dysmorphic" which is a "mental disorder different to someone having depression or anxiety".

As such, he is against transgender people serving in the military.

"The whole gay community has shunned transgenders in the past but now all of a sudden everybody is trans-happy."

After consultation with my Generals and military experts, please be advised that the United States Government will not accept or allow......

....Transgender individuals to serve in any capacity in the U.S. Military. Our military must be focused on decisive and overwhelming.....

....victory and cannot be burdened with the tremendous medical costs and disruption that transgender in the military would entail. Thank you

Homosexuality, unlike being transgender, is a "natural process", Boykin says.

"[Homosexuality] is not a mental issue in the sense that it causes a problem. I don't have to take a pill every day, I don't have to go through treatments to remain gay. It's something I'm actually born with."

Boykin says that the allegations of Russian collusion in the 2016 US election are "just a coverup".

"Two years, millions and millions of dollars on an investigation that's going nowhere."

There is still no evidence that Trump colluded with Russia in order to win the election, he says.

"[Russia] didn't like Hilary and they'd rather do business with Donald Trump because he's a better businessman.

"Two superpowers should be friends, they should get along." 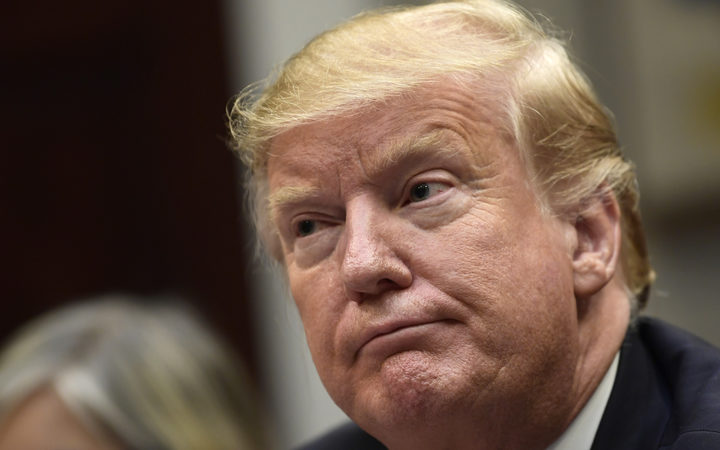 "When there's a majority of people in a certain area that's causing issues like that we have to be cautious.

But he doesn't always agree with Trump's personnel choices and would have picked a "different vice-president", even though Mike Pence once signed his 'Gays for Trump' hat.

"It is hard to deal with someone who's had a past [which includes speaking out] against LGBT individuals, even though he is trying to prove differently."

"I also think Donald Trump made a horrible choice with Jeff Sessions." 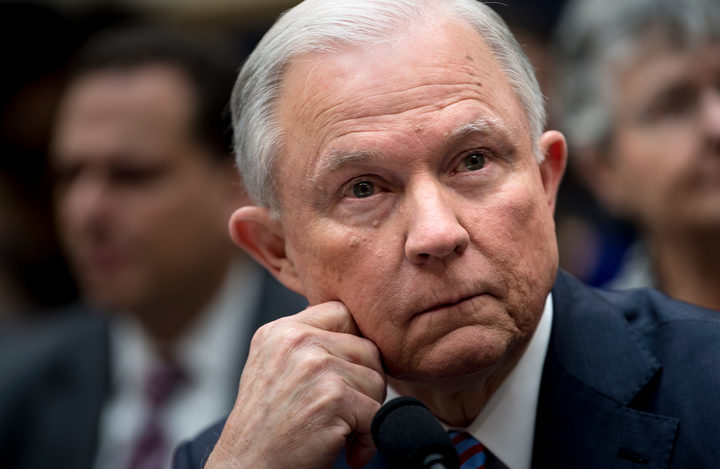 Gays for Trump is often labelled an 'alt-right' group, Boykin says, but he no longer knows what 'alt-right' means.

"They always try to classify us a far-right group. We are not far right, we are very much dead in the middle.

"I'm not far right, I'm not far left. If anything, I'm a moderate/conservative.

"The left has moved farther to the left and the base has moved to the middle.

"As the left keeps moving left we tend to be farther right than them."

Most sitting American presidents get re-elected, Boykin says, and he believes Trump will stand for and win a second presidential term.

"Regardless of a wall or not a wall or whatever it is, we will re-elect him ... People are very much excited to get Donald Trump re-elected." 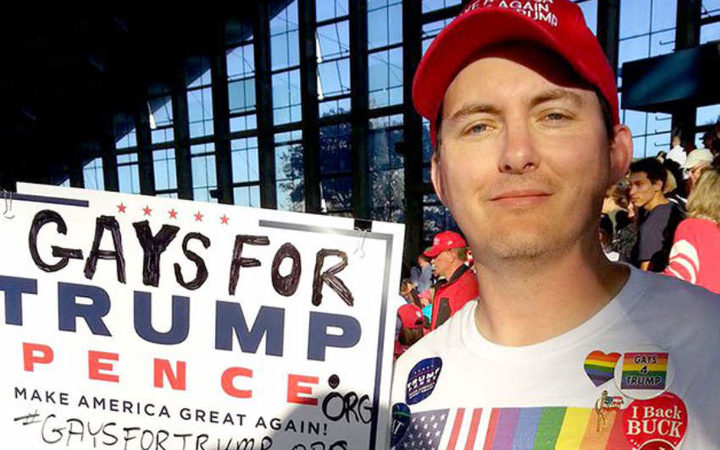