Eric Idle - Always Look on the Bright Side of Life 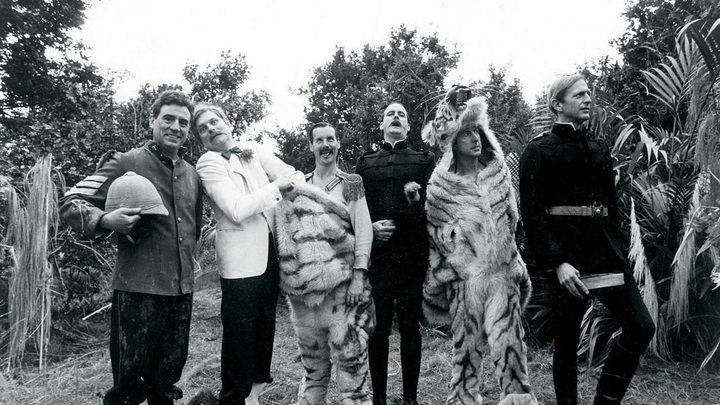 Eric Idle is a comedian, actor, writer and musician, most notable for his membership of the Monty Python comedy troupe. His career in comedy began in earnest in 1968 when he began writing and acting in two series of a children's TV hit, Do Not Adjust Your Set, with Michael Palin, Terry Jones and Terry Gilliam. The success of this show led to four series of Monty Python's Flying Circus for the BBC from July 1969 through 1973, with the addition of John Cleese and Graham Chapman.  The group enjoyed great success on stage and screen until disbanding in 1983.  After Python, Idle continued to work on radio comedies, write books, appear in movies and even on the opera stage. He has recently released a 'sortabiography' called Always Look on the Bright Side of Life - also the title of a song he composed for the closing of the movie Life of Brian - and one which has grown to become a signature tune for Monty Python.