Ben Ryan: what an English rugby coach learnt in Fiji

When English rugby sevens coach Ben Ryan took a job with the Fijian team in 2013 he wondered at first whether he'd made the worst mistake of his life.

He tells Kim Hill why it turned out to be the best decision he'd ever made. 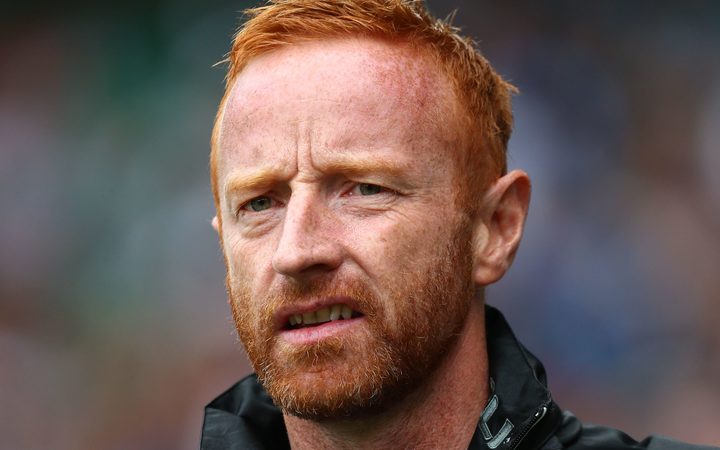 Ryan was coach of the English sevens team for seven years before he found out his job was on the line in 2013.

"I was given an option of either reapplying for my job or retiring ... I signed a contract when I left not to say a few things and I still can't say those things, unfortunately."

When he saw a friend's tweet about the Fiji sevens team looking for a coach, it was time to take a chance.

"I knew I had to do something. I had to press the restart button. It was quite a long way to do that, but I had to do it because I'd become a pretty bad version of myself."

Coaching for England, he'd become "worn down", "blunted" and materialistic, he says.

But when Ryan and his wife arrived in Fiji, doubt and panic set in.

"It was a long way to go and we were shattered. We got up to the bedroom of the hotel and just went 'Shit, what have we let ourselves in for?'"

That first night, all he could see was chaos.

"Then as you get to know Fiji, you come to realise it's a beautiful chaos, and through chaos can come order."

Ryan knew early on that it would be critical for him to sit back and listen at first.

"I didn't want to be this English guy that told them everything had to be done my way. That wouldn't have worked.

"You've just go to make sure you don't do anything daft straightaway. You just stand back a bit and collect your thoughts and make a plan – and then work that plan."

Ryan says he wasn't immediately welcomed by everyone.

"Samisoni Viriviri for three months just raised his eyebrows at me whenever I asked him a question." 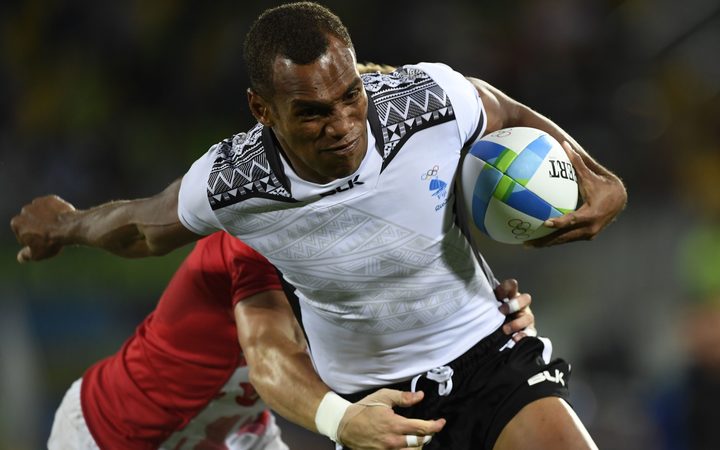 But he did bond early with Osea Kolinisau, who would become his "cultural architect" and help "share the gospel" he was trying to get across.

Ryan says he and Kolinisau – who now lives in Texas with his family – are still very close and "brutally honest" with each other.

Early on, Ryan saw that to build trust with the Fijian players, and understand their personal obstacles, he had to spend time with their families, friends and even communities.

He was the first Fiji rugby coach to travel to rural areas.

"When I went to Ovalau or Bua, they would say the Fiji national coaches never came to visit.

"It was really important to do that so that everyone felt they that if they were playing well they'd get the opportunity to play for the national team." 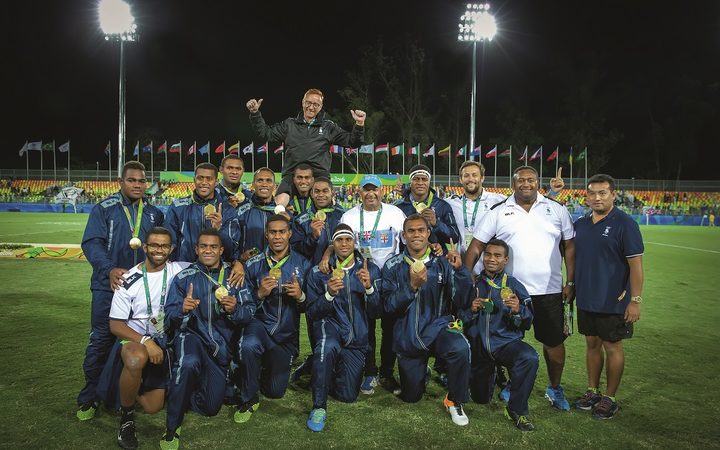 Ryan says Fiji – "where people are happy and they have nothing and valued relationship and friendships" – has changed his personality and outlook.

His time there also brought him back to his original style of coaching.

"Because there was nothing … It's a blank page … and it allowed me to go back to being the coach I probably was when I started coaching football at a comprehensive school in London."

As a coach, Ryan likes to create an environment with clear standards and at the same time empower people.

"I want to make myself redundant, I want to be able to go to a big game and go and sit in the stand have a beer with supporters knowing everything is done, the team are aligned, they don't need the coach."

When Ryan arrived in Fiji, the players were "a bit supersized" and not used to training, he says.

"They just didn't do anything. They just sat down and waited for their new coach."

He came to realise that what seemed obvious to him about nutrition wasn't as obvious to them.

"When you see a drink that says 'sports drink' on it, it must mean it's good for you because it says 'sport' on it. They weren't aware it was full of sugar." 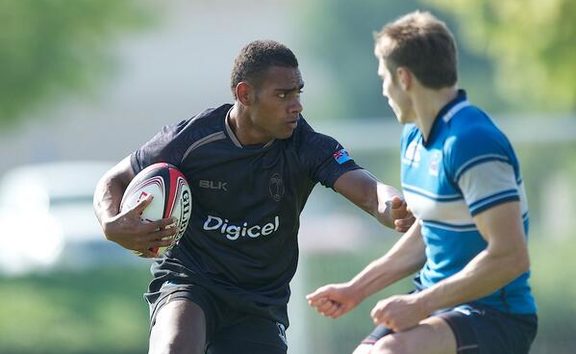 In his book Sevens Heaven, Ryan writes of coming across Mosese Mawalu at a hotel breakfast in the lead-up to the Dubai Sevens.

On his plate was a tower of ten pain-au-chocolat pastries, each with a fried egg on top.

"10 pain-au-chocolats and 10 fried eggs for breakfast is not a problem if you're not a professional rugby player with an international tournament in a couple of days." he laughs.

In 2016, the Fiji Rugby Sevens team won gold at the Rio Olympics – the country's first ever Olympic medal.

Ahead of the Olympics, Ryan managed to his team off sugar. Afterwards, they chose to stay on a low-carb diet.

"Hopefully in some small way they are little ambassadors now about how you can eat healthily and not get on to this sugar rollercoaster that can create this diabetic problem we've got on the island." 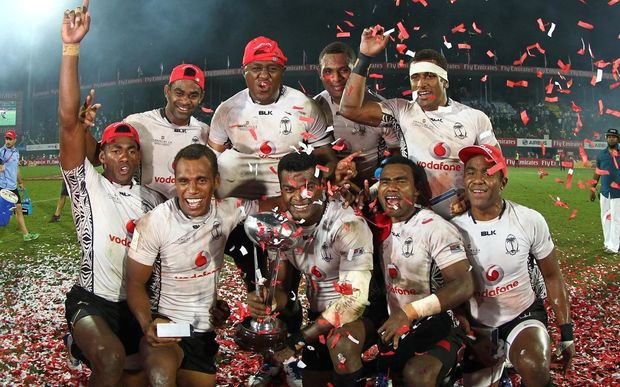 Ryan's face is now on a commemorative 50c coin and $7 banknote in Fiji, he's been gifted land there and received the Companion of the Order of Fiji.

Although he was offered a very attractive contract to stay, the time had come to go back and sort things out in the UK, he says.

"It's sometimes nice to leave, professionally, on a high."

After leaving Fiji – and until around seven months ago – Ryan says he was on autopilot, every night either "doing something where there was alcohol involved" or isolating himself.

"I was numbing myself about things. I wasn't facing up to the fact there was stuff I needed to look at to improve my relationships, stuff that happened in my marriage I didn't want to repeat in future relationships."

Ryan says that in the past he was good at "keeping his various issues to himself", but working on the book with ghostwriter Tom Fordyce was like being in therapy. He now sees a professional therapist.

"If we'd had another six months, I probably would have another chapter to talk about what happens when you leave a job you love and get the adulation and success, then come down to earth and get a divorce."

"You can see the difference it's made to their livelihoods, to their families, to their extended families, so it's very hard to criticise any who go to get a better life, effectively, to get some more money. The majority of them will come back home.

"They have built schools, they have done all sorts of things in their villages. It does make a difference when that money is put back into the culture." 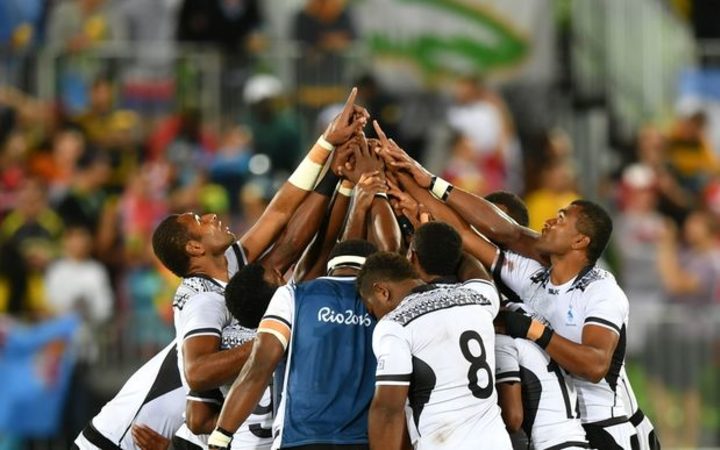 Pacific Island rugby desperately needs the "academies, pathways, education and money" that would come with the establishment of a Super Rugby team, Ryan says.

He hopes such a team would be independent of rugby unions.

"It's almost like the higher up [rugby officials] get, the less important they see the players are and more easily replaceable – and that's just not how it should be."

The current president of the Fiji Rugby Union, Francis Kean (Prime Minister Frank Bainimarama's brother in law) has served time in jail for kicking a man to death, Ryan notes.

To have a person convicted of manslaughter as chairman of your national union "is not a great sign," he says

Despite the challenges of Fiji's administration, Ryan says he now loves its culture.

"A white, ginger, short-sighted, left-handed bloke from England … [Coaching the Fijian rugby sevens team] may not have worked, but it kind of did."