Auckland singer and performer Priya Sami recently travelled for the first time to India, where her father's family originally came from (via Fiji), to learn traditional Carnatic singing. 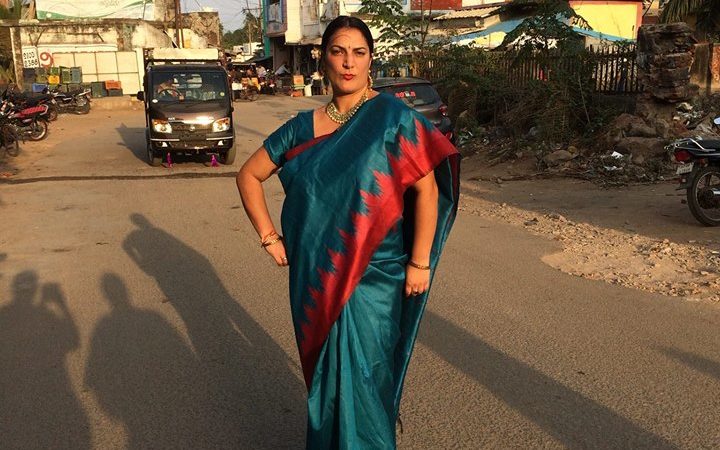 Sami performs as the act Trip Pony and also as one third of The Sami Sisters, with siblings Anji and (Breaker-Upperers director and star) Madeleine.

The sisters are Indian on their father's side and of Pākehā Irish descent on their mother's, but were raised knowing little of their Indian heritage.

Growing up in Onehunga as part of a large "half-caste" family (three of her mother's sisters married Māori men, three married Fijian Indian men), the Sami family adopted 'more of the Māori culture' than their Indian heritage.

"We had a large Pacific, large Māori population [but] it wasn't cool to be Indian. Yeah, [we were] brown - but not the right brown."

Sami says: "Since I was a child I just felt a little bit like a bit of an alien."

The children experienced racism growing up.

"Things like 'curry-muncher' and 'say your prayers', they used to tell me, doing the little Indian hands up in the air pointing and wiggling their heads.''

Combined with her parents' desire to see their children assimilate, Sami learned little about India. "I think [my father] really wanted us to be New Zealanders."

"Nothing was explained. Even my family, who I love ... speak Hindi and we don't understand it … I have never been to India, and I can't speak Hindi, and though I have always loved traditional Indian music, I can't understand it," she says.

Her father died five years ago when Sami was 17. She says he mainly died due to alcoholism.

"'I was already an angry teenager … and I got quite angry at him for leaving and not teaching us about our Indian side. 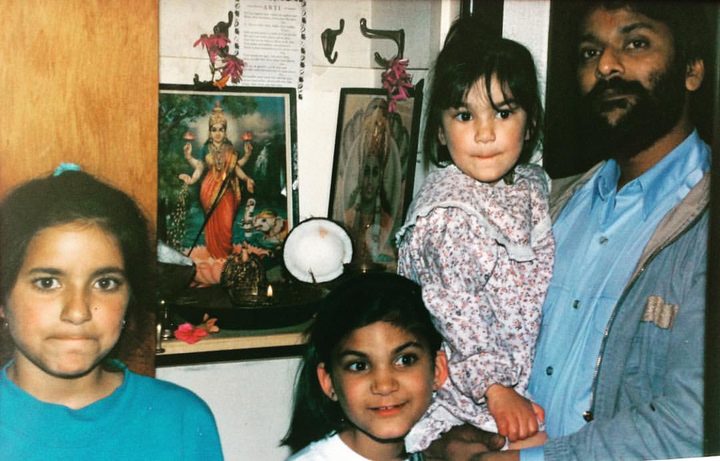 Sami decided to travel to India to experience her culture first-hand by immersing herself in learning the music of her ancestral homeland.

Sami's love of music and ability to recall lyrics easily meant it made sense "to take this journey through music."

"I've been singing since I could speak and writing songs for the last 15 years."

"I was like, 'Stuff it. Why don't we just go straight to the source?'. I'm going to learn the basics in Carnatic music, which is the foundation for all Indian music that's apparent now."

"The coolest thing about Carnatic music is that it is based around the vocal, so you sing the ragas (melodies) and the swaras (tones), and even if you play on an instrument you're encouraged to do it in singing style. I was like 'This music is perfect for me. I want to know more about this'".

Through her connections to Auckland's Indian community Sami found a guru who could teach her - unusually, a woman, B.V. Durga Bhavani.

She spent three weeks learning with Bhavani at the Global Academy of Arts, Languages & Culture in new Delhi.

It was "really, really hard".

She has come back "sick and exhausted", but fired up with enthusiasm for her new musical project.

Sami plans to keep learning in New Zealand. "I'm still not there. Three weeks in and … I still know I'm only at one percent in the scheme of things."

Above all, Sami says of her experience, "I'm grown up."

She understands more about her parents' experience and has learned about the culture first-hand, readying her for the next phase of her life.

"I'm going to have children soon, hopefully. I want to be able to explain to them what being a quarter Indian means. I want them to be able to understand their culture."

"You know what? We're awesome ... Indian culture is awesome."