Miranda Manasiadis on the story of Icarus

Greek myths were bedtime stories for theatre artist Miranda Manasiadis as a child. Her new version of the Icarus story takes a parent's perspective on the boy who flew too close to the sun. 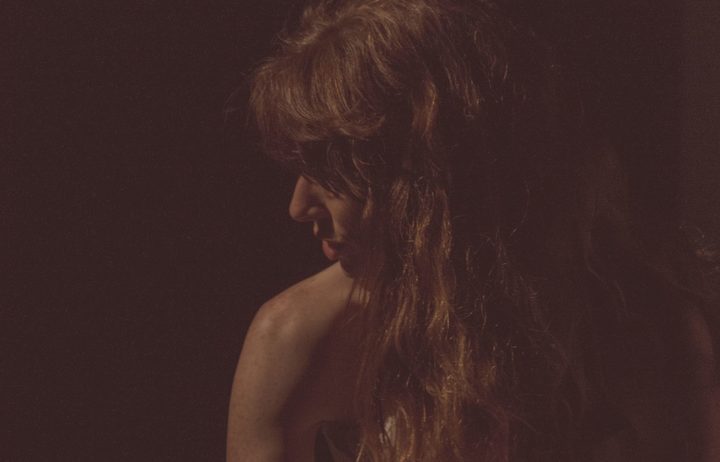 Miranda has spent the last decade living and working between Wellington, New York and Athens with her husband Jemaine Clement and their son Sophocles.

For the 2018 Lōemis festival, she and musician Andrew Laking are creating Ikarus – a retelling of the classic story from the perspective of Icarus's father Daedulus, who unsuccessfully warns him as they escape the island of Crete.

"[Daedulus] said 'I've fashioned you these wings. They're made of wax and feathers. So if you fly too close to the sun the wax will melt and you will fall into the sea. But if you fly too low into the sea the sea mist will destroy the wings, as well. You have to fly just perfectly in the middle.

"Icarus is young and impetuous and he thinks 'I can fly higher than my dad is telling me' so he flies too high and he falls into the sea, into a place that's called Icaria [Ikaria] now." 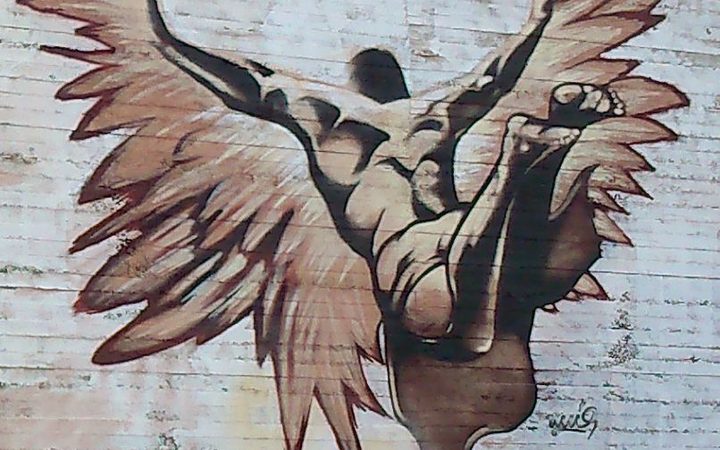 Icarus depicted in graffiti outside the village of Evdilos in Icaria Photo: George Tsiagalakis

Ikarus takes up the story after the boy's fall, as he walks through a forest and at the same time discovers he is dead.

For the performance, musicians and actors Nick Blake (Daedulus) and Matthew Moore (Icarus) will lead audiences through a Wellington park at night.

Miranda says that as a child she felt pity and compassion for Icarus, but this telling – in which Daedulus mourns that his son didn't listen – reflects her adult view.

"I'm not sure what I think now. Being a mum and being 41 it changes things, it changes your perspective."

This is the third year of the Lōemis Festival, a mix of feasts and performances held on the seven longest nights of the year (15 - 21 June). The full programme will be available here on 19 April.