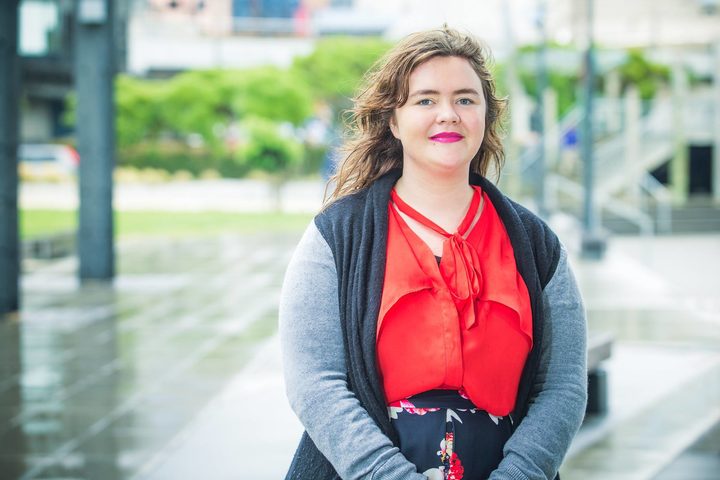 Medical student Isabelle Lomax-Sawyers dreaded the metabolism module at med school. The reason, she says, is because she's fat.

In a blog post which became a frank article in the Journal of Paediatrics & Child Health, Lomax-Sawyers refers to her body as the type patients are warned not to have.

She talks to Kim Hill about living with a body that is stigmatised while training to be a doctor.

When larger people go to the doctors, they often find that whatever complaint they presenting, the response is 'Lose some weight and it'll go away', Lomax-Sawyers says.

"As an obese person, hearing the term 'obesity epidemic' makes me feel like my body is a disease."

Pictures of "headless fatties" in the media don't help the situation.

"Along with news reports about obesity you see pictures of people that have presumably been taken without their consent in the street. Just 'Head chopped off. Here's a fat body. Don't look like that'."

Lomax-Sawyers acknowledges diet and physical activity-related illness is on the increase, but says doctors berating their patients to lose weight is successful neither for achieving weight loss or building on-going trust.

Health professionals who haven't had significant health concerns of their own may be less understanding of what a patient is going through, she says.

"We need to treat people with respect and compassion regardless of what their bodies are like and we need to be thinking about what actually works to reduce these 'lifestyle' illnesses. I don't think we've found that yet."

"Being a health professional doesn't mean you have to be a six-foot tall guy who mountain-bikes every weekend and climbs rocks or whatever… you can be in a variety of health states."