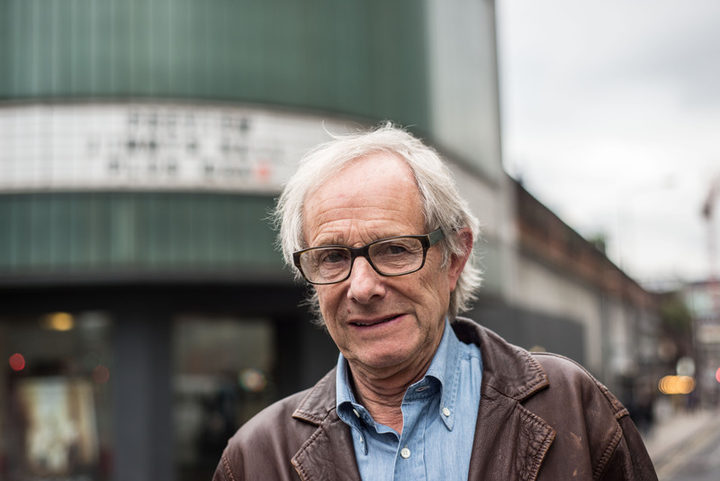 Ken Loach has been described as the most left-wing and subversive director Britain has ever had.

Over a 50-year career, he's made 26 features. His latest, I, Daniel Blake won the Palme d'Or at Cannes last year, when Loach was 79.

He talks with Kim Hill about the stories he loves, his hopes for the UK under a Jeremy Corbyn Labour Party and his reputation as a firebrand.

“What they call intractable, what they call unchanging, is what makes him that powerful,” says Gabriel Byrne of Loach, his director in the 2006 film The Wind that Shakes the Barley.

Loach says his personal principles are aligned with the core principles of the world, which are as clear-cut as the workings of an internal combustion engine.

I, Daniel Blake is an examination of a government that uses poverty as a weapon, he says.

"We've lived with mass unemployment and poverty since Thatcher was elected in '79 to various degrees. The mass unemployment is now turning into the working poor, so more people are working but they're in poverty, they're not able to earn a wage that will sustain them and their families. There's a huge number of people who can't survive unless they have some help from the state, they just physically can't feed themselves."

"If you don't fill in this form exactly correctly, if the bus is late or you're two or three minutes late for an appointment, your money will be stopped… and you're in serious trouble. That's the system they've created in order to show that poverty is the fault of the poor or if you haven't got a job it's your own fault, you're incompetent – when of course there aren't enough jobs that will pay a living wage to go around. This determination to punish the poor for their poverty is what lies at the heart of the system they've put in place.

"People are disregarded. They have little economic power so it doesn't matter how you treat them, cause what can they do? So they're put in tower blocks that are a danger. And it needs a terrible tragedy like the [The Grenfell Tower fire] for people to realise 'My god, what are we doing to people?'"

When Tony Blair was prime minister, Loach left the Labour Party, but he has since rejoined it under Jeremy Corbyn's leadership.

He believes Corbyn can harness mass alienation into something constructive.

Cutting back the power of big business in the health service, the trains and the energy industry is necessary before the biggest question of all – "the elephant in the living room" – can be addressed, says Loach.

How do we safeguard the environment?

"If we want to do that we've got to plan how we use the resources, we can't plan it if we don't own the resources. There's an endgame now that we never knew of in the '60s, that's for sure."

The current political scene is dynamic and volatile, but not getting any worse, Loach says.

"The old right-wing Labour is having a hard time in Europe. You see what happened to Hollande, you see what happened in the French election. the Labour party in Britain lost three elections, but Jeremy Corbyn comes along and moves it substantially to the left and does very well ... The one thing we know is that history doesn't stay still."

As a director, Loach is famous for shooting his films chronologically and drip-feed actors their lines so they don't know in advance what will happen to their characters.

In his 1969 film Kes, child actors were caned across their hands by an actor played by a real headmaster.

"Every day a line of boys would be caned in that school, so all we did was repeat the daily practice."

Putting it on screen may have played a small part in getting caning stopped, he says.

"It looks traumatic now because we're in a different culture, but this is 50 years ago ... Times change. You wouldn't do it now obviously, but it's not happening in schools now."

Loach suspects his films haven't done well in the US because they're more 'European' in sensibility – not necessarily bleak, but unsentimental, he says.

"The mainstream commercial films – Hollywood – tend to be sentimental, tend to be violent, tend to salute wealth without questioning where it's come from, promotes the US as the source of peace and democracy and international cooperation and all that, when of course we know that the opposite is the truth ...Hollywood by and large is melodrama, and we've tried to be humane and realistic and humorous but in a human way."

Loach says he's interested in stories which reflect on the real way people live together and treat each other – "how we survive, the people we become, whether we become the people we could become, really".

In younger years Loach was an aspiring actor (the kind he wouldn't himself dream of employing, his wife Lesley has said).

He says he still loves acting.

"If they're looking for an old hectoring octogenarian…"