The new US ambassador to New Zealand says he introduced Donald Trump's new communications director to the president. 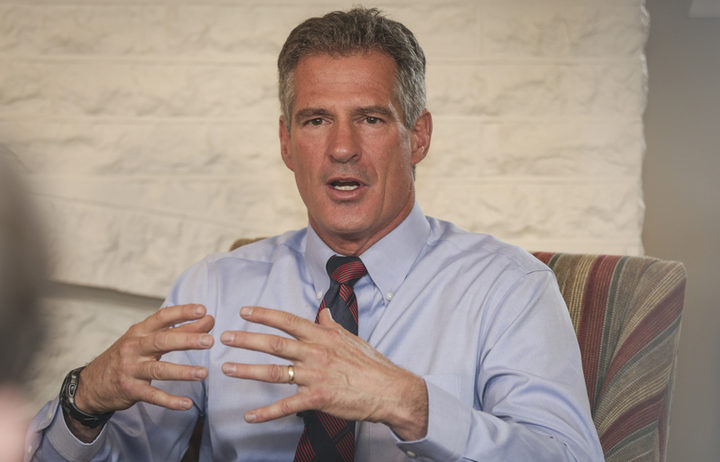 Scott Brown, the United States Ambassador to New Zealand, said Mr Scaramucci was a "special friend" who will do a great job.

He told Kim Hill on Saturday while Mr Spicer did a good job, it was also good to have a change.

"We both went to Tufts University, I was on his board as an adviser at Skybridge Capital, and I actually introduced him to the president.

"So I think it's interesting he's parlayed that into actually being the comms director and I think he'll do a great job.

"[Sean Spicer] has a very direct style and quite frankly people aren't used to that in Washington, they're used to being coddled - the press especially - and when you speak directly and you kind of push back they don't seem to like it. Anthony will be the same, but probably a little bit smoother."

Mr Brown and Mr Scaramucci also worked together as political commentators at Fox News. Mr Brown originally trained as a lawyer and during his student years developed a career as a part-time model.

In 1982, won Cosmopolitan magazine's "America's Sexiest Man" contest. He received his law degree at Boston College Law School and built a successful career as an attorney, before switching to public office in 1992.

Concurrently he served in the Massachusetts and Maryland National Guard, retiring as a Colonel after 35 years of service. In 2010, Brown won a special election and served in the US Senate for three years, during which time he had a reputation for bipartisanship.

Having succeeded Democrat Ted Kennedy 2010, he was eventually defeated by Democrat Elizabeth Warren in the 2012 general election.

After retiring from politics, he took up private practice and work with FOX News channel, where he was known for his conservative views on social issues.

After endorsing Donald Trump during the presidential primaries, he was picked to replace outgoing US ambassador to New Zealand, Mark Gilbert, in January 2017.