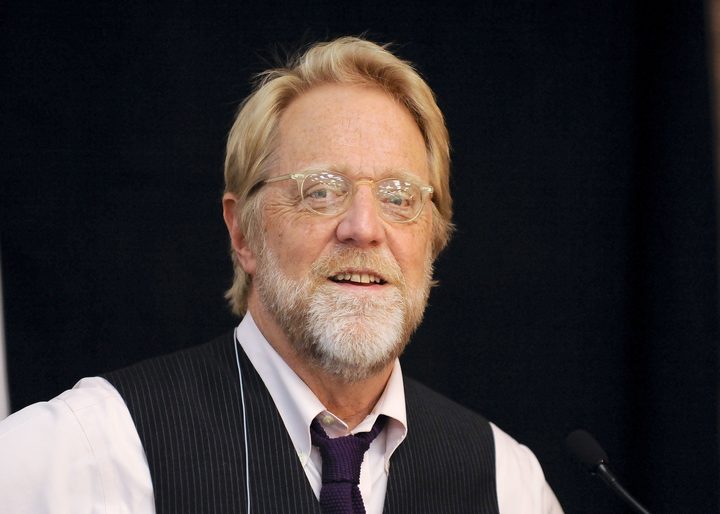 The internet was hijacked by a small group of right-wing radicals whose digital revolution has increased inequality in America, says Jonathan Taplin, author of the new book Move Fast and Break Things.

He tells Kim Hill that Facebook, Google and Amazon have not just cornered culture, they're undermining democracy.

The internet originated as the "hipster" project of a group of people who wanted decentralise control, he says.

"Stewart Brand (author of The Whole Earth Catalog, a book which anticipated the internet) was Ken Kesey's partner in the acid tests, Steve Jobs acknowledges taking LSD. It was a bunch of hippies.

"Peter Thiel, Larry Page, Jeff Bezos all are libertarians. They were schooled on Ayn Rand's work, in which the businessman hero architect is always impeded by the mob, by democracy, by government, by regulation, and he has to be free."

The designers of the internet wanted no regulation, no taxes and no copyright – "nothing to impede them becoming monopolists, which they did."

"That is centralisation to the extreme" says Taplin.

The power of these tech giants is unaffected by who is in government.

"Google got such a pass under the Obama administration, it's absurd. Eric Schmidt [the chairman of Google] was almost like [Obama's] deputy chief of staff."

"If these people are providing half your funds and all your personnel for your digital operation, you listen to what they want."

Taplin's quest for the protection of artists' rights is personal.

Although The Band were not as popular as Cream or the Rolling Stones, they made a very good living from record sales, he says.

Then in 2000, drummer Levon Helm was diagnosed with throat cancer – the same year Napster was launched.

"Royalties from the record companies literally came to a halt and Levon didn't have enough money to pay for his healthcare.

"How is it that the internet – with the possibility that, say, next year 5 billion people will have smartphones – how is it in that world a musician can't make a living off well-known, famous work?"

Today, 80% of the revenue from the record business goes to 1% of the product, says Taplin.

"So Jay-Z and Taylor Swift and Beyonce and Adele are doing great and the average middle-class musician doesn't exist anymore."

Taplin is calling for a moral framework which involves a willing seller and a willing buyer – quite unlike what currently happens on YouTube.

One step in the right direction would be the removal from law of what is called the 'safe harbour' clause, he says.

"What safe harbour does if I have a popular song and I only want it to be available the way I want it to be available I can't keep it off YouTube. When someone puts the song up [on YouTube] I can ask YouTube to take it down, but literally within two days of taking it down it'll go right back up again by some other user. It's a game of 'whack 'em all' and you can never win it – so all you can do is accept their extortionary offer of some advertising revenue."

Removal of the clause would make it YouTube's responsibility to keep content off the site after they'd been requested to take it down.

They could do this just as easily as they block pornography, he says.

The core business of Facebook is creating a giant database of information on 2 billion individual people, says Taplin.

"What is the raw material to manufacture a product? You – your desires. You're willing to leave everything hanging out there and they're willing to scrape it and sell it to advertisers. It's called rent. They're renting [Facebook's] database."

That is a degenerate form of capitalism if it's capitalism at all, he says.

"It doesn't create anything, you're renting. That's the end of capitalism and the beginning of feudalism."

"Facebook said at a conference four weeks ago that you could, in five years, you could just think something and it would appear on your news feed. Without implanting a chip in your brain, they said they could do that, so is that scary or what?"

Although Taplin is somewhat hopeful that Facebook CEO Mark Zuckerberg will become the Bill Gates of his generation.

"If he intends to be that transformational then he'll be great."

He's also glad that people are digging the message in his book.

"People are beginning to think about their digital lives. Do I want to take a break once a week and just turn it all off and see how I feel?

"If we don't, as a society, engage in this question, I think we're gonna really regret it."