Renton, Spud, Sick Boy and Begby are back...

"The big feeling that I think everyone has coming out of it is relief that it's not terrible," Danny Boyle tells Kim Hill. 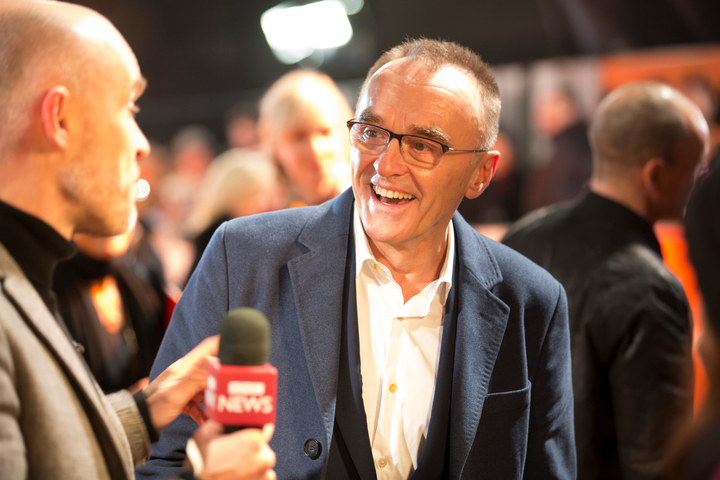 How do two movies which focus on junkies killing themselves and damaging other people manage to be life-affirming?

Boyle guesses it is the film's honesty and message that the stories and voices of everyone in the community are important, says Boyle.

"There's something honest about not preparing people for emotions. 'Cause life doesn't either. It just chucks them at you.

"Irvine's book gave a voice to a marginalised group of people who were viewed as victims or evil or stupid - and you may not agree with everything they have to say, but their voices are valuable."

Human beings have a long and complex relationship with heroin, he says.

"If you're in hospital because of an accident or you're ending your days in hospital you'll probably be administered morphine to take away physical pain. On the streets you can see people often use it to take away emotional pain. It has a sadness about it, heroin, that's kind of a constant drumbeat that accompanies humanity. So it's interesting to hear a voice from inside that world that isn't moralising about it, but is telling you about it."

He and actor Ewen McGregor (who plays Renton) considered taking heroin for research when making the first film, but decided against it.

"We didn't because we wanted to remain respectful to the power of the thing that it had over peoples lives, and the tragedies it causes people. You can't just dally with it."

Boyle hopes the two movies could make a kind of sense watched in reverse order.

"One of the few compensations or consolations of getting older is you realise time is not a straight line, there are these loops of time as Proust talks about. It becomes a circular thing."

Begby's famous 'Choose life' monologue gets an update in the second film.

"As a middleaged man he can no longer have that automatic mocking tone of the teenager or the rebel... You step out of childhood to look at the choices that are available to you, and you can have that sneering tone, really. [The Trainspotting II monologue] is more desparate and more personal, I think."