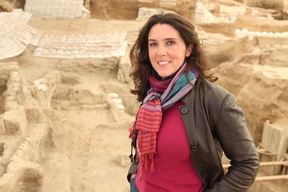 Bettany Hughes is an award-winning historian, author, and broadcaster. She has just released a comprehensive book on Turkey's capital, entitled Istanbul: A Tale of Three Cities. Her previous books, Helen of Troy and The Hemlock Cup, were published to great critical acclaim. Hughes has made a number of factual films and documentaries for the BBC, Channel 4, PBS, National Geographic, Discovery, The History Channel, and ABC. She is a Research Fellow of King's College London and has been honored with numerous awards including the Norton Medlicott Medal for History.