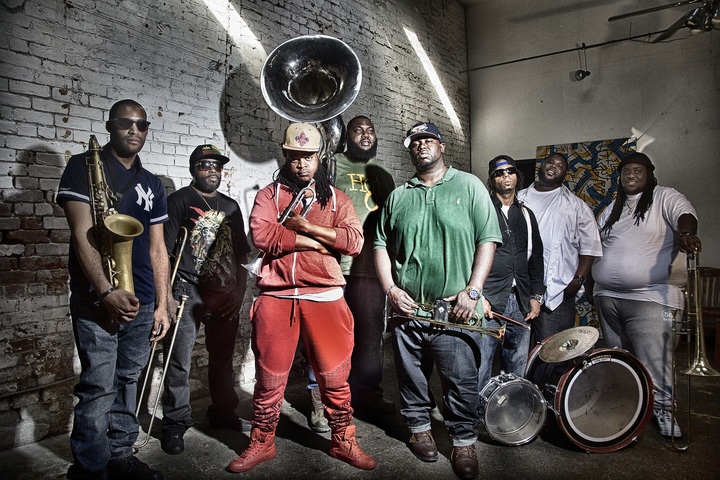 The Hot 8 Brass Band are coming from the US to play WOMAD in mid-March. The band, direct from the streets of New Orleans, has re-cast traditional marching band jazz with funk, R&B and hip-hop.

Over 20 years of leading community parades, funeral processions, street parties and concerts, the band has endured great tragedies, including being evacuated, displaced and scattered across the United States after Hurricane Katrina, and there have been violent deaths of several members from gun violence in America, including one member shot by police.