Karyn Hay: 'You’ve got to take it to the limit' 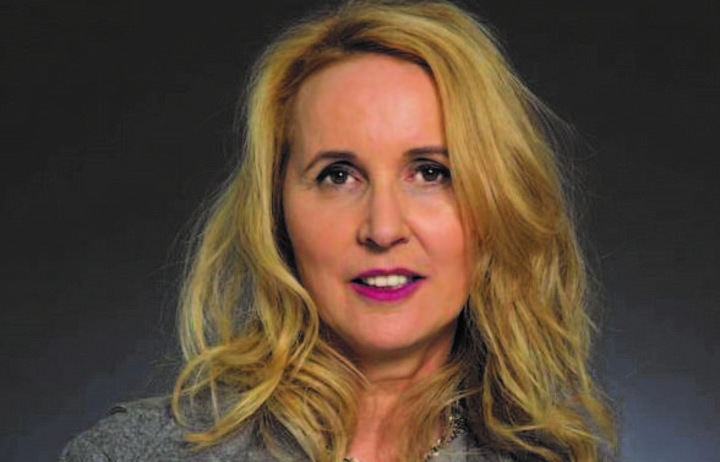 Writing is what Karyn Hay likes best. Her debut novel Emerald Budgies won Best First Book at the Montana New Zealand Book Awards in 2000 and she’s just published a new novel, The March of the Foxgloves.

Yet for a certain generation of Kiwis, she will always be the rock chick who presented Radio with Pictures in the 1980s.

Hay was in her early 20s when the hit TV show Radio With Pictures made her famous.

“What we were doing at the time with music was quite unique. Music videos were so new that every single music video that came out had a new directing technique or something that was compelling.”

Unlike other presenters at the time, she made no moves towards modifying her strong New Zealand accent.

As Listener writer Diana Wichtel wrote, Hay's Kiwi vowels “were, depending on your point of view, the end of civilisation as we knew it or a breath of indigenous fresh air”.

Yet she found the fame overwhelming and in 1987 Hay moved to London to live a more anonymous life with her husband Andrew Fagan, formerly of The Mockers.

There, she worked at a jazz record company and as a waitress and for a while went by ‘Lee Maxwell’, a variation of her middle name.

She and Fagan (and eventually their children) lived very cheaply on boats, moving between moorings and sometimes foraging along the riverbank.

“One time we had some mushrooms which very nearly killed us, not knowing that England has some poisonous mushrooms.”

Since the early 1990s, Hay has worked in radio, television, music and production in New Zealand.

Four years earlier, New Zealand radio stations had agreed to play a voluntary quota of 20 percent New Zealand music, which Hay now says was “too much to impose”.

“But you’ve got to take it to the limit so they will pull back and find somewhere in the middle.”

In 2012, Kiwi FM's playlist was changed to 40 percent international artists and 60 percent New Zealand artists, then in 2015 the station closed.

Hay says it provided New Zealand musicians a place of their own.

“You come and do whatever you like, there are no rules. And they did. That’s where the magic was in that station, because it was for the artists.

“It was not supported, even though it was a brilliant idea. Why not use those frequencies – not owning them – come in through the back door, grab them, use them, get Mediaworks to pay for them and get some music on air?”

She says that when she started – in contrast to how other talkback hosts present themselves – she made a point of declaring she didn’t know it all, and sees herself more as a moderator.

“I do argue with people, I think there are times when you can’t help it. But I’d rather let some people hang themselves, I think it’s more interesting.”

The March of the Foxgloves came from her desire to write about European New Zealand history in a way that wasn’t dismal and depressing, Hay says.

“New Zealand 123 years ago was really rather a compelling place. When it came to art and fashion and etiquette, everything took so long to do, but it was done with such aplomb.”

The novel centres on a young English photographer who flees Victorian London for a new life in Tauranga, and includes images of a burlesque artist taken by photographer Vicky Papas Vergara and sketches by John Constantine.