Emily Writes is "tired but trying" 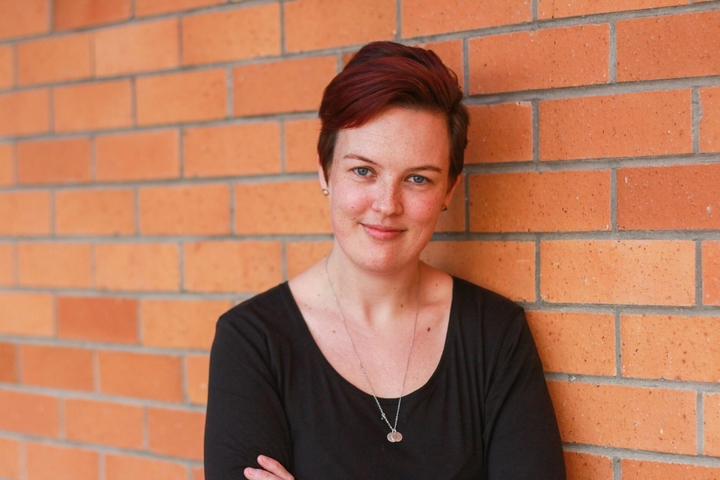 She was blasted into the public sphere when her first sleep-deprived blog post 'I am Grateful, Now F*** Off' went viral. Since then she's been loved and vilified for her review of the Tarzan movie, has become the editor of the parenting section of The Spinoff, and has a book deal.

Next weekend she is speaking at LitCrawl Wellington, in a session called 'Tots', with fellow writer-parents Toby Morris (Pencilsword, The Wireless) and Brannavan Gnanalingam (author of A Briefcase, Two Pies and a Penthouse).

Emily started her blog as a way to share her experiences with her friends, who were also mothers with young children.

“I write when I feel overwhelmed, so I wrote something and I thought, ‘I’ll send this to my friends’. We had all timed our second babies together like a uterus syncing or something. It happened well that we all had our second babies at the same time, so I wanted to show it to them because I thought they would get it. We were all in that hell of having really young second babies.”

That first post went viral within a couple of days.

Emily did not consciously set out to create a “mummy blog”, but her Emily Writes wordpress site quickly turned into one as she shared more of her experiences.

“I hadn’t read any mummy blogs because I felt that I would look at some of them and think, these mothers have it together and they really know what they’re doing and that felt very far from me. I was like, I don’t know how to do anything, it’s so hard. And all of the posts were like, ‘Isn’t it the best being a mother?’ And it is, but it’s also not. So I never read them and I didn’t know so many people did.”

Emily says she has now become known as “The Tarzan Lady” since her review of the live-action Tarzan film, which Kim Hill referred to as “a severe hormonal reaction”. In the post, which was written after a few glasses of wine and has had over a million views since July, Emily shares her passion for the body of lead actor Alexander Skarsgard.

Despite her success, Emily says she still feels like somebody will tell her they have confused her for someone else.

Unfortunately, her high profile and the topics she covers has made her the target of online trolls.

“I think they’re furious that there is a corner of the internet that isn’t for them. I am a mother who is talking to other people who may be interested in this. Like when I wrote about breastfeeding, since it is such a touchy subject for some people, I was very careful with that post.

“I sat on it for months trying to get it perfect, but I got all of these men being like, excuse me when you breast feed you should be doing this and I was like, I know my own tits thank you very much! What is wrong with you, telling me how to breastfeed. The men sent me essays about how to breastfeed. ‘Thanks for engaging in my content’, is what I tell them.”

Now she just deletes the emails.

“I take so much satisfaction when it is an 8,000 word email and I delete it after one sentence. I love it. It’s just gone.”

Her guess is that a lot of the vitriol comes from old white men who are uncomfortable with a woman being given a public platform to share her views from.