For about 100 years, most New Zealanders have lived in towns and cities, yet in our national narrative we are people of the land.

The urbanisation of New Zealand – until now largely unrecognised by the image-makers – is one of the most important untold stories of our history, says historian Ben Schrader. 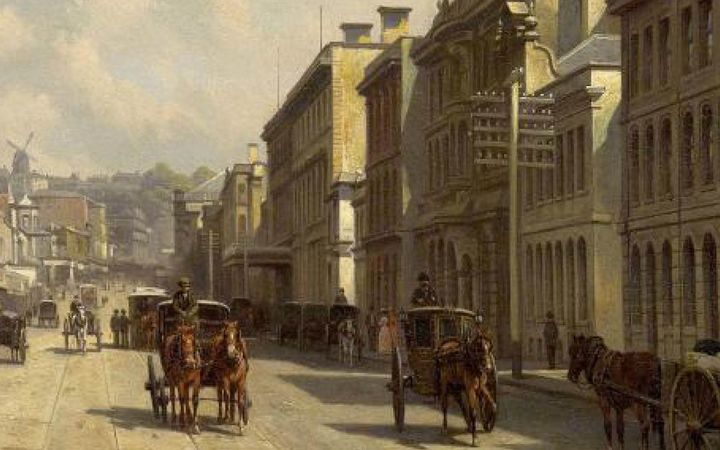 “You had your small cottage, bush around, and neighbours far away.”

The New Zealand Company (the English company which established settlements around New Zealand in the 19th century) also recognised not everyone was drawn to the wop-wops and only towns and cities could provide the “trappings of civilisation”. 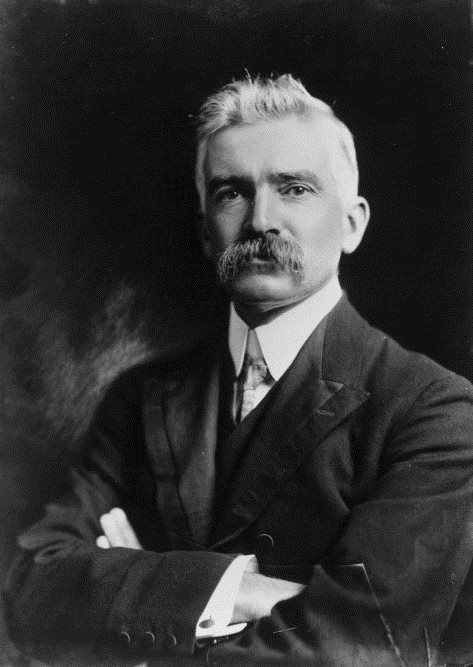 At the same time, there were fears urbanisation would threaten the rural economy and lead to 'urban degeneration'.  Politician Sir John Findlay set off a kind of urban panic in 1911 warning there would be "national decay" if urbanisation continued, says Dr Schrader.

An anti-urban current was also being felt in Australia and North America, but by the end of the 19th century, large impressive cities with strong manufacturing bases were winning people over.

Schrader suspects the cultural divide between town and country has always been stronger here.

“In New Zealand it’s always been this idea that the backbone of the country is the farmers – the Farmer Backbone mantra ... and cities are just peripheral to that.”

In 1911, there was a stir when the census showed New Zealand had more urban dwellers than rural.

Dr Schrader says that is partly because prior to 1870 our cities weren’t especially pleasant or safe places to be – typhoid rates in the 1860s were higher here than London.

While New Zealand was being advertised as a healthy country to live in, the settlers had brought with them a somewhat laissez-faire attitude to public hygiene.

“As back in the UK, people would throw their slops into the streets, dead animals and so on would be in the street and you’d get these piles of filth – and that would encourage infectious diseases.” 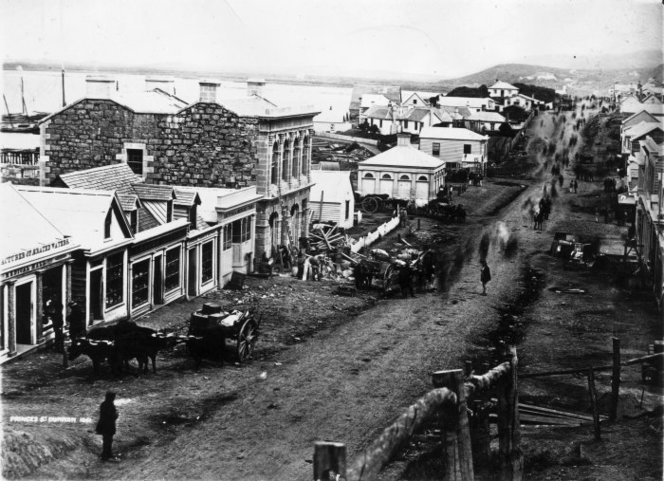 The clean up of New Zealand cities began in 1870 when sanitary commissions were established and sanitary inspectors appointed in Dunedin and Christchurch. Public health improved with the arrival of reticulated water, sewage schemes, ‘proper dunnies’ and street cleaning.

Inadequate housing is not a new problem in this country, Dr Schrader says.

In the 19th century as cities got larger, land was broken up into smaller parcels and speculators built smaller houses for working people. This led to overcrowding and increased disease.

Landlords often neglected to maintain these houses, which deteriorated quickly because they were made of wood.

In the early 20th century, the New Zealand government intervened in the housing market for the first time, building the first state houses (then called workers' dwellings).

“They realised in places like Auckland and Wellington people were living in these derelict houses and being charged rents that were very high, and that the market wasn’t delivering affordable and decent housing.”

The promise of arriving in New Zealand and within a short time having your own single dwelling on your own land was certainly a big lure to potential settlers, says Dr Schrader.

“One of the big push factors out of places like Great Britain was the prospect that as a working person, for example, you couldn’t possibly own your own house. And if you lived in a house it was a terrace house with a small backyard."

He sees New Zealand's much-loved quarter-acre section as a kind of middle ground between rural and urban living.

“We’re urban, but we’re building cities that are different to those in the old world.”

We can still see this cultural thread today in the backlash against those arguing for the intensification of Auckland, Dr Schrader says.

“For 150 years people have wanted to live in the city and the country at the same time.” 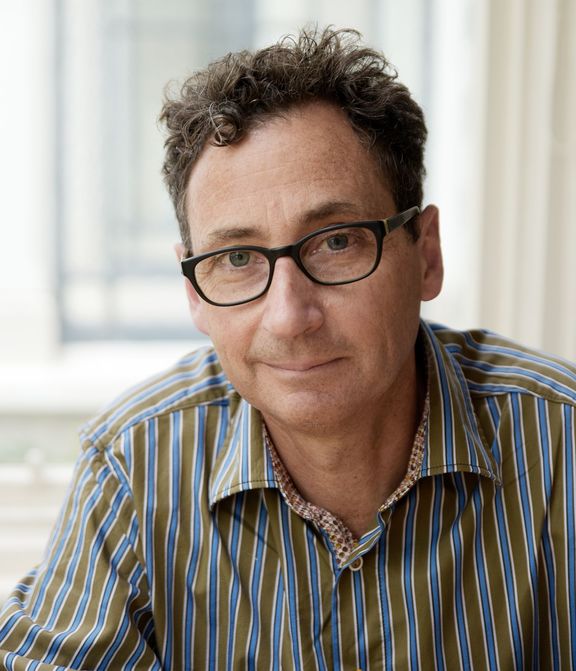 Dr Schrader says that, personally, he has always had a stronger affinity with the city than the country. While studying history at university, he was struck by what he thought was an over-emphasis on the mythology of colonials coming to New Zealand and settling the land.

After some digging he discovered that since his first ancestor arrived in 1862, his family had always lived in urban areas and had an urban sensibility.

“There was nowhere in the country where I could say ‘That’s where my family worked the land or farmed the land or grew vegetables or crops'.”

New Zealand's self-image as a rural country rather than an urban one has contributed to the lack of care that has sometimes been shown towards our city buildings, he says.

“There was this idea – particularly in the 19th century – that New Zealand was too young to have buildings worth saving.”

The demolition of the old to make way for the construction of the new was equated with progress at the time. 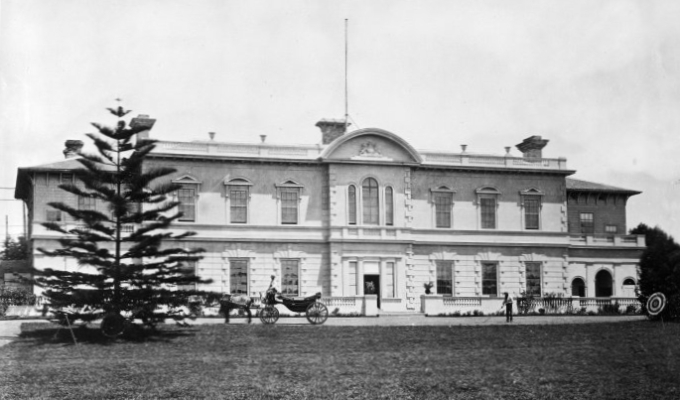 Yet by 1910, New Zealanders had developed a strong sense of urban heritage, he says. That year the public petitioned to save the old Government House building in Auckland, which was going to be demolished for the new university.

Dr Schrader says that in 2012 we got confirmation the rural man alone was no longer seen as the archetypal New Zealander.

“The relevance of the outdoor life has changed,” said a Speight's spokesperson at the time. 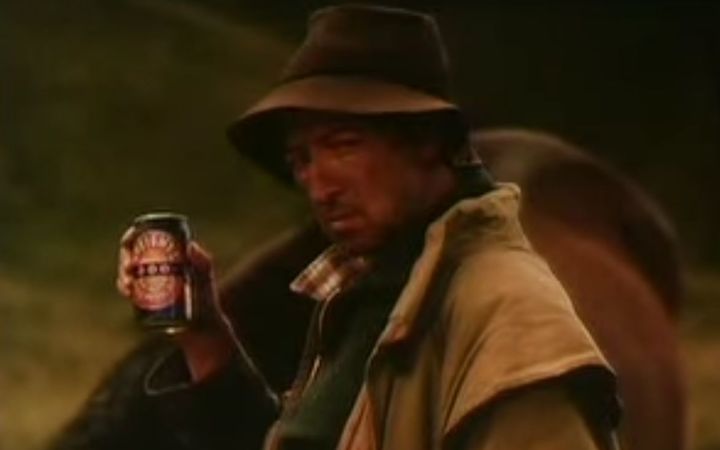