John Kiriakou is a former CIA officer who in 2002 led the team that located Abu Zubaydah, alleged to be a high-ranking member of al-Qaeda. 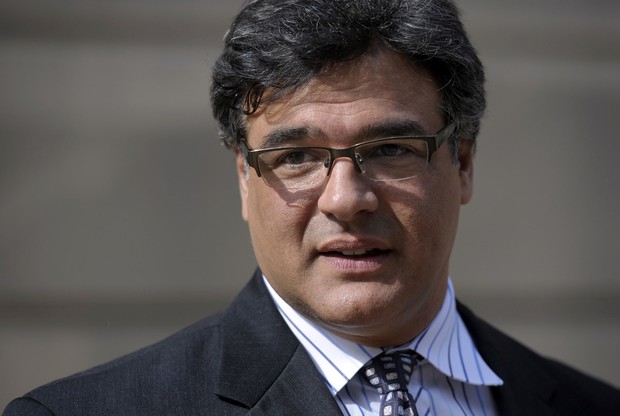 After a news interview in 2007, in which he confirmed that Zubaydah was waterboarded 83 times, describing it as torture, Kiriakou was arrested, tried and sentenced to a 30-month prison term for revealing classified information.

He is now a best-selling author and writes for Reader Supported News. In May he received the 2016 Blueprint International Whistleblowing Prize, and this weekend, he will receive the Sam Adams Award for Integrity in Intelligence.

He told RNZ that the US lost its way after the 9/11 attacks and that the Patriot Act has undermined the lawful foundations of the nation. Torture is indefensible and ineffective he says.

"Not just because we're supposed to be a beacon of human rights and of civil liberties, but because if somebody is undergoing torture he is going to offer up any information he thinks the torturer wants to hear.

Waterboarding, he says, was always illegal in the US.

So why did he speak out after years of serving in the CIA?

He says he struggled with his conscience at this time.

"It wasn't just Abu Zubaydah it was dozens, perhaps hundreds, of other prisoners. Nobody was willing to discuss the end, what was the endgame in all of this? Are we going to torture them until we came to the conclusion they didn't have anything else and then what? Kill them? Disappear them?

"We already had a system of secret prisons around the world something like the gulag system so what was the endgame? To finally silence people?"

He says Zubaydah, when he was finally handed to the CIA after being conventionally interrogated by the FBI, was stuck in a never ending cycle of torture.

As well as the waterboarding, he was beaten and put him in a dog cage for weeks at a time.

"He had an irrational fear of insects, so they would dump cockroaches into the dog cage just to make him crazy. He was subjected to sleep deprivation, he was starved, he was subject to something called the cold cell.

"He was stripped naked, he was chained to an eye bolt in the ceiling, his cell was chilled to 50 degrees Fahrenheit and every hour a CIA officer would go into the cell and throw a bucket of ice water on him. That technique has killed people and Abu Zubaydah went through all of it, every one of the techniques that were authorised by President Bush."

Kiriakou had a glittering career at the CIA and says while many of his colleagues supported his decision to speak out, his problem is with the organisation's leadership.

"The leadership of the CIA was largely made up of sociopaths, who believed they were the patriots, but were people no better than common murderers in my view. We've killed people during interrogations a number of times, no one was ever brought to justice for those killings.

"And what about the drone wars? How many schools, hospitals and weddings have to accidentally be bombed before we apologise and re-evaluate this programme?"

He says the Republican Party does not have a monopoly on patriotism.

"I consider myself to be a liberal and a progressive and as patriotic as anyone else in the CIA, at the same time we're a nation of laws, governed by an iron clad constitution, and if we intend to remain a country of laws we have to follow those laws  - whether we like them or not, and we didn't after 9/11.'