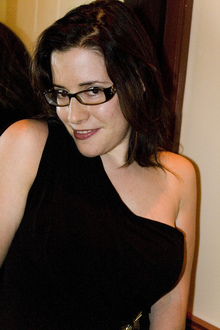 The unfortunately-named Anthony Weiner has become the butt of jokes for years now, ever since 2011 when the seven-term Democratic Congressman resigned after suggestive photos appeared on his Twitter account. In 2013, Weiner announced he was running for mayor of New York City. There were more revelations of sexual online chats that had taken place for more than a year after his apologetic resignation. Weiner lost the mayoral race. A documentary called Weiner about that campaign was included in this year’s film festival.

Recently, new reports of suggestive photos surfaced and Weiner and his wife Huma Abedin announced their separation. Huma is a very close aide and associate of Hillary Clinton. One of the latest crop of photos is of a suggestively posed man with a small child; Anthony and Huma’s four-year-old son is asleep beside him.

Rachel Kramer Bussel has written extensively about erotica and online sex and joins Kim Hill to discuss the latest scandal involving the US politician.

What is going on with Anthony Weiner? Does he want to get caught?

I am not sure if he wanted to get caught, but in hindsight I would say that was probably inevitable. If he didn’t want to get caught, he definitely didn’t really try to cover his tracks. I think especially with the second and third scandals, I would imagine that once you’ve already been through this, you know that people are looking for you to do that again, especially on something like Twitter, where even though you may think he is sending private messages, sometimes he’s not.

I’m not sure if he consciously wanted to get caught. Maybe subconsciously. I would think if someone were in his position and they did want to engage in extra-marital chats or pictures, they would be much more careful and do it at least in a different medium – not twitter again.

Yeah, or something much more private. I think the question of what is public and what is private in his life and maybe any politician’s life especially as you rise through the ranks is one of the tensions of his story, because even though he gave access to the filmmakers to make Weiner, you see this tension between him and his wife and even though she has a very high profile job, she’s much more private. By the nature of his job and seemingly his personality, he is much more public in just his daily life.

The documentary is fascinating, isn’t it?

Yes, I think both the fact that it exists and that he seems very forthcoming in it. He really doesn’t seem apologetic that much. There is that scene where he is giving a media interview, a very combative one and then he watches it again at home with his wife by his side and he is asking her to watch it and evaluate his performance. He almost is excited that he’s maybe back in the news. That was pretty telling to me.

I think he made an analogy that the kind of person that goes into politics and maybe wants all this attention and adulation maybe is the same kind of person who would do these things and to me that brought to mind Bill Clinton. I don’t know if the experiences they each had were the same, but I think maybe there is some sense that you are so public, that you want to have something that is private that is separate from that or have a separate persona. Clearly those things aren’t compatible.

I think especially for politicians, they have natural enemies so there is always going to be someone looking out for that kind of behaviour.

The woman involved in the latest sexting scandal of Anthony Weiner was reportedly a Trump supporter and made no secret of the fact. He knew that. Would you not figure that that’s double trouble?

It’s hard to say what would drive him to continue that kind of conversation. I think also what a lot of people, myself included found even more problematic is that he sent her a photo with his son in the picture. You would think that would be off-limits. I think that is where it crosses the line with it’s not just his behaviour, he’s including his son who doesn’t know what is going on, he’s also implicating his wife and then because his wife works for Hillary Clinton, Trump has tried to use this as a talking point. It escalated way beyond his family. I assume he is aware of that, but it just seems curious. He is obviously a smart, intelligent person but in this area he hasn’t behaved wisely at all.

So, he has such an appetite for public attention, that it doesn’t matter how negative that attention that is?

It seems like that to me, especially watching that documentary, that to me he thrives on both kinds of attention. I felt like he was trying to be forthcoming, but he has been a politician for so long that he always had that spin on, ‘Okay, well I’ve answered this, how am I going to respond?’ and I wonder, because from what I know of this latest sexting scandal, it happened in 2015. I wonder if he had been waiting for this to come out at some point.