David Goldblatt: the Olympics - then and now

As 10,000 athletes from 206 countries (including the biggest ever New Zealand team) compete for medals at the Rio Olympics, Kim Hill looks at the history of the Olympic Games with celebrated sportswriter David Goldblatt.

She begins by noting that an alien observer in Rio could conclude that the population of Planet Earth must be very healthy in body and mind and must revere sport to the point of religiosity.

David Goldblatt is the author of The Games: A Global History of the Olympics. 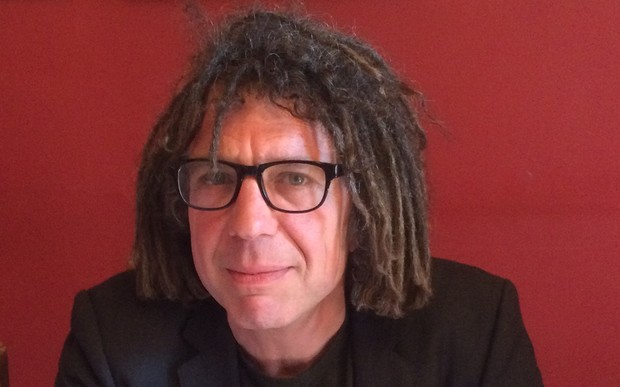 On the International Olympic Committee:

It says something [about international Olympic participation] that even the North Koreans show up to the Summer Games and have done, I think, since 1992. On the other hand, that comes at a cost, and I think the IOC has not been deft in dealing with that. The state-backed doping that’s been uncovered in Russia over the last five years is a case in point, where the need for inclusion and to have the Russians on board trumps protecting the integrity of sporting governance and clean athletes.

I think [the case of Russia] is quite a line in the sand. What have you got to do to be excluded? Start a thermonuclear war on the eve of the games? This is not just unfair to all of the athletes over many, many years who have been cheated of their moment on the podium and their medals, nor is it just about undermining the integrity of competitive sport without which the whole thing really does disintegrate as a spectacle.

This has been profoundly corrosive for the running of international sporting organisations because the Russians are not merely cheating, but actively mobilising collusion and co-operation in international sports federations. This is a very poisonous turn of events.

On women at the Olympics:

David Goldblatt: It’s not until 1984 that women’s participation hits 20% and we get the first women’s marathon. Even to this day – while women are coming close to 50% in participation – in terms of what athletes are earning, the level of coverage they’re getting, the sort of sponsorships that are available to them, you know that there is great inequity...

There continues to be some pretty interesting double standards in the treatment of women Olympic athletes. I noticed in Vancouver 2010 it was the women’s ice hockey team who had the temerity to have a drink and smoke a cigar on the ice after they won their gold medal, that [sparked] all sorts of crazy moralising, while some skeleton dude who chugs down a beer on his way to the Olympic podium is considered the hero who gets the party going in Canada.

David Goldblatt: London 2012 said we will leave a legacy through the Olympics of more people participating more often in sport. And four years later here we are – we know that there are considerably less people participating in sport and exercise in Britain. Beijing was going to leave the legacy of ‘green city’. Where do I begin? I don’t know whether to laugh or cry or put my gas mask on at the thought of that.

Rio was going to deliver 85% treated sewage and clean up the fetid water systems of the favelas and absolutely nothing has happened… How can we devise games that actually deliver on those things and also not spend unnecessary amounts of money on mad redevelopment and new buildings and so on?

David Goldblatt: There’s a problem with elite sports, particularly when we say these people are role models – they’re actually just role models for the next set of elite athletes, rather than most normal human beings. But if we think that that is the best social policy mechanism for getting more people doing more exercise we are completely kidding ourselves.

There’s a lot of amazing athletes in this world, and there’s a lot of athletes who would do more, be more socially active, be more outspoken, be more community-oriented, but we know that their national Olympic committees and their sponsors put all sorts of pressures on them speaking out on any issues. They’re expected to be mute and entirely anodyne role models.

David Goldblatt: Rio is an example where the good intentions of universality, of spreading the games to a South American country – where they’ve not had them before and to a developing country – when combined with the madness of the Olympic model that we currently have, is bound to produce a terrible waste of money and a whole series of urban disasters.

I don’t think that the Rio Games are going to be encouraging anyone to come forward too soon [to host the Olympics]. They have been incredibly expensive. In an attempt to rebrand the city or raise its profile, all [the Rio Olympics] have done is shown its pathologies and its worst side off ever more effectively. Almost none of the legacy has been delivered and it looks like an absolutely gigantic headache for no tangible public gain.

On the beauty of the Olympic Games:

David Goldblatt: One of the great things about the Olympics [is] that it offers the playing field and the public theatre in which those who’ve been excluded can demonstrate their humanity and their brilliance and make their place. This goes for women, this goes for disabled people, this goes for people of colour all around the world. The Olympics has been the most fantastic platform for demonstrating that.

The joy of sport is that there’s no arguing – when you win, you win, when you’re good, you’re good – and there’s just no way around it. It demonstrates the fundamental equality of human beings in the most profound way.