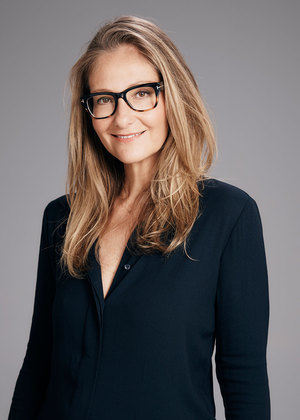 Australia’s offshore detention centres for asylum seekers have been much criticised and they have been called some of the harshest in the world.

Both liberal and Labor parties are taking a hard line against asylum seekers, particularly those aboard boats. For three years now the latter have not been settled in Australia, but have been sent to detention centres on the islands of Manus, off Papua New Guinea and Nauru.

No journalist or cameras are allowed inside so all of the footage in the centres was obtained secretly for Australian director Eva Orner’s documentary Chasing Asylum.

Orner won an Oscar for her documentary Taxi to the Darkside a few years ago.

How did you get the footage for the film?

Unfortunately the stuff was shot on Nauru and Manus islands was done secretly because of current legislation. I can’t talk about it. In a way, everyone wants to know how we got the footage when no one else has been able to, but I think what’s more important to talk about is that it is a criminal act to speak out or record footage on Manus or Nauru.

It became a criminal act in the process of making this didn’t it?

Yeah. It’s funny, when I look back on the film, it’s this impossible film to make in some ways, I don’t know how we did it. It’s about places you’re not allowed to go to, people you’re not allowed to speak to and halfway through the edit, it became about what we were doing becoming a criminal offence with two years’ jail time. As legislation dictates.

New legislation came out last July - our Border Force Protection Act and there’s this very odious clause in it known as the Whistle-blowing Clause that says if you’re a government employee on Manus or Nauru at the detention centres, which everyone is, and you speak out, that is a criminal offence.

I wanted to talk to you about that because you have not included some people’s faces in the interviews, but they are in fact clearly recognisable, or they would be for people who knew them or knew of them. How did you deal with that?

I think the absolute heroes of the film are the whistle-blowers and I am completely indebted and grateful to them. You have to look back over the last 15 years that this has been going on intermittently and so few people have spoken out.

The fact that these people have spoken out at all is extraordinary. I gave these people the option to show their faces or not. Some were working before the legislation came out, so it is unclear if they are technically at risk, but we and my lawyers, and they of course in collaboration with us, were comfortable showing their faces. The ones that didn’t show their faces were still working there or it was after the legislation came out.

I think in coming out, they didn’t want to do it in such a way that was really obviously defiant (so they wanted to shield themselves), but at the same time they wanted to show themselves. It was sort of this weird hybrid I think.

We all agreed, look, anyone who wanted to find them could find them, but we made the effort to obscure them without losing the emotion, because I think it’s important. You see the lower part of their faces and you see their lips tremble and you see them quiver and when they say things you can tell it’s truthful and I think that’s important.

You set out to make this obviously because you disagree with this offshore processing system. What was it in the course of making the documentary that shocked you most?

I think what shocks me still to the core is this legislation. I do find that it is quite extraordinary that there is this incredible policy of secrecy that is not really questioned or hasn’t been until quite recently. And that legislation can get passed in a democracy with so little resistance.

I also think the children situation is extraordinary. We’re the only country in the world to put children in indefinite detention.

What else did I think was shocking? Boy, there’s not a lot that isn’t shocking. I think the government’s reaction to things blows my mind. When I made the film, it was around the time that Reza Barati died, he was an Iranian man who was murdered in the riots there.

He was beaten to death by officers.

By Papua New Guinean and allegedly Australian guards. Who will never be brought back to trial because they fled the country immediately and Australia has never done anything to return them. But from eye witness accounts, they were involved. Picking up rocks and smashing them against his head as he died. But when he died, I thought, ‘Something has got to change, somebody’s died.’

Just before we released the film and the election was announced, two people self-emulated on Nauru and one died and I thought, ‘Well this has got to change something.’ And… nothing.

Our Prime Minister said, in response to two people self-immolating in Nauru, on our watch… and I quote him: “Let’s not get misty eyed.”

Now if we don’t get misty-eyed about asylum seekers coming here to seek asylum, in their right, under the Refugee Convention of which we are a signatory, and they kill themselves, and we don’t get a little teary, who have we become?