Jackson Browne was just 24 when his first album came out. He has been a successful songwriter (These Days, Take It Easy), and recording artist (Running On Empty, The Pretender) since the late 1960s, and has a long history of political activism, currently supporting public charity the Guacamole Fund.

Kim Hill meets the musician and activist who Bruce Springsteen described as "one of the best songwriters of all time": 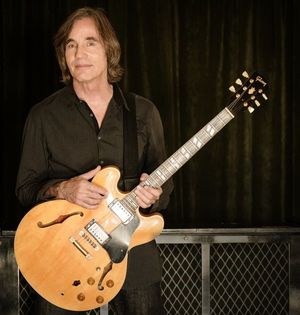 Jackson Browne will perform with his six-piece band at Auckland’s Civic Theatre on 3 April, showcasing his most recent studio album Standing in the Breach and hits from throughout his career.