Margaret Wilson: sovereignty and the TPPA 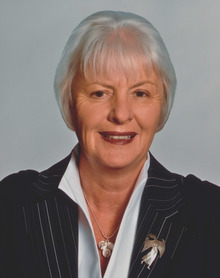 'Sovereignty' is a loaded word in New Zealand. The Treaty of Waitangi was ceded to the crown but in Article Two, rangatiratanga was to stay with the chiefs and that has also been interpreted as a guarantee of Maori sovereignty or self-management. This year, sovereignty has been the rallying call for protesters against the Trans Pacific Partnership signed this week in Auckland.

Margaret Wilson is Professor of Law at Waikato Law Faculty, and former speaker of the New Zealand House of Representatives, president of the Labour Party and Minister of the Crown. She is the author of The Struggle for Sovereignty: New Zealand and Twenty-First Century Statehood.

LISTEN to her interview with Kim Hill on Saturday Morning.