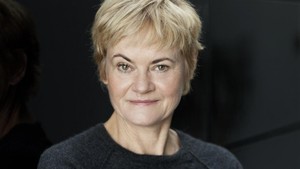 Piv Bernth was the creative force behind groundbreaking Scandinavian noir series The Killing, executive produced subsequent series The Bridge, and as Head of Drama at Denmark's public broadcaster DR since 2012, she greenlit political series Borgen, and family drama The Legacy.

She's in town to talk at an event for Women in Film and Television NZ, where she shared her approach to developing drama in a small nation, but still finding a global audience.

Piv talks to Kim Hill about public broadcasting, Danish politics and the environment that allows such TV shows to be created in Scandinavia.