With Canadians heading to the polls soon, Staff columnist for the Toronto Star Heather Mallick is hoping for a change in government. 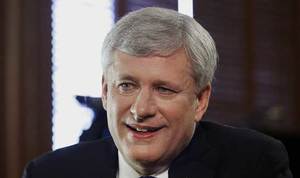 She is the author of two books, and her piece on Canadian Prime Minister Stephen Harper, The Nixon of the North, appears in the latest issue of Harper's magazine.

Despite being in power since 2006Harper seems to have a knack for alienating people , and Mallick describes him as "Nixon, but without the charm".

She is clearly frustrated at the prospect of another Liberal term in government.

"I want my country to go back to the nice, kind, dull place it used to be."