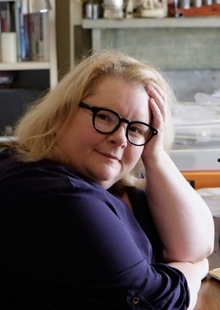 Kath & Kim became the most successful comedy in Australian television history, but arguably it was Magda Szubanski’s character Sharon who really stole the show.

Magda Szubanski has had a stellar career in television and movies (including Babe), but it’s her personal struggles with her father, her homosexuality and her weight that she's written about in Reckoning: A Memoir.

She talks with Kim Hill about her journey of self-discovery.