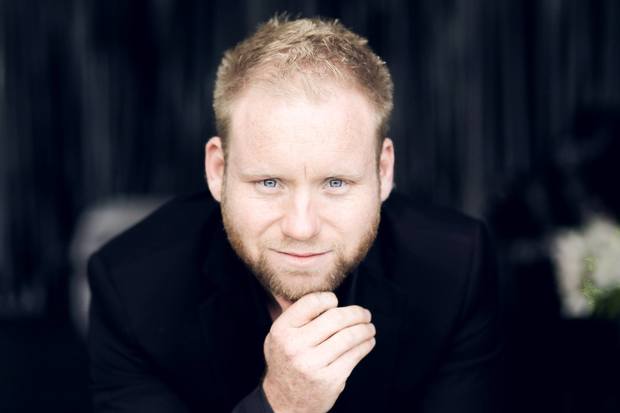 He is the composer of That Bloody Woman, a musical about suffragist Kate Sheppard, which has its world premiere (28-30 August) at the Christchurch Arts Festival (27 August to 20 September).

Four years in the making, That Bloody Woman sees Kate Sheppard relocated to 2015, and wondering "Where’s the progress?”

Di Somma was looking for a project with local subject matter, and reckoned the energy of this subject demanded music. He sees Kate Sheppard as embodying the best NZ values… the underdog, fighting unfairness. “All the best musicals are about underdogs.”

Will people leave the venue humming the tunes? He hopes so, there are a couple of catchy numbers, but the goal is to make an integrated work where the songs all work to the larger whole “If a song, no matter how good, doesn’t fit or work – it goes.”

The music is eclectic, encompassing rock, the punk aesthetic, a show tune vibe. It's good time music, presented on stage by four young Christchurch rock/pop musicians (he sees it as the “ultimate Rockquest band”) because he wanted the music elements to echo the youthful vigour of the suffrage movement. The cast includes Auckland singer and actor Esther Stephens, now Melbourne based, in the lead role.