Penny Eckert is a professor in the Department of Linguistics at Stanford University, and has been studying vocal fry, a guttural growl sound formed in the back of the throat that is prevalent at the end of words and sentences, uptalk, an upward infection at the end of sentences, and other vocal trends which are embraced by some, but disparaged by others. Vocal fry is most prevalent in young women.

Most New Zealanders will recognise the vocal pattern known as "up talk" - that rising inflection that makes us sound like we're constantly asking questions.

We are known for it all over the world. But less familiar is "vocal fry" or "creak", a pattern which is slipping into speech - mostly in the United States - where the voice drops almost to a growl at the end of a sentence.

It is not a new phenomenon, but Stanford University linguistics professor Penelope Eckert told Radio New Zealand's Saturday Morning it is undergoing a renaissance among young women. 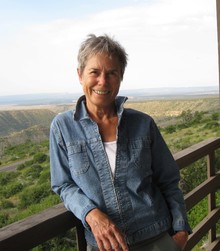 "Vocal Fry is what happens when your voice gets down to the lower end of its pitch range and so the vocal chords stop vibrating in a periodic way, so you get, kind of, noise," she said.

"I think a lot of the vocal fry that people are hearing in young women's voices are a result of a much greater pitch range. So there's a lot of fast falling pitches - so as a result, you get into vocal fry.

"At different times, some people do more of it than others," she told the programme. "But lately, since it's become part of what, we might call, some young women's 'style', it's attracted a lot of attention."

"What is heartbreaking about the current trend for undermining female voice is that this is the most transformational generation of young women ever," she wrote.

"We should not ask young women to put on fake voices or to alter essential parts of themselves. But in my experience of teaching voice to women for two decades, when a young woman is encouraged to own her power and is given basic skills in claiming her own voice then huge, good changes follow."

Wolf is not alone in her disapproval of vocal fry. Following Dr Eckert's interview on Saturday Morning, complaints about the speech style flowed.

Listeners, however, weren't so concerned about women's empowerment as their own ears.

"When I hear one particular female radio journalist on National Radio speak, her 'vocal fry' annoys me so much I find it difficult to listen to what she's saying," one listener emailed. "Don't tell me and the large group of listeners who are likely to have the same experience that we should change! In media it's up to the professional to take into account the audience."

Another correspondent wrote, "As a speech-language therapist, I would describe vocal fry as a much more obvious gravely voice like the late Sir Robert Muldoon or even Sam Hunt although his is more dysphonic. I wouldn't ascribe it to pitch. Also does this mean that older people with young sounding voices aren't taken seriously ?!"

Oh Kim Hill you've made me paranoid about "vocal fry". A couple of our male politicians could do with guidance on that one! @radionz

But another listener believed women alone were to blame. "Female vocal criticism occurs because females speak so much more than men. Delivery is atrociously fast and the increasing use of fillers such as like/you know/kinda/sort of etc by both gender is disgusting."

And they were in company. "The irritating voice used by several Radio New Zealand female reporters has got a name and it's called vocal fry," wrote a listener. "I always wonder why they have got a job in the first place when the sound of the voice is all they have to get the message across. One of your reporters sounds as if she's about to cry after every sentence. It's not easy to listen to."

Dr Eckert said it is not the first time females have found themselves in the firing line. "People have been policing young women's language for some time," Eckert said. "First they claimed that young women were using 'like' more than young men, they're using 'uptalk', and every stylistic innovation that young women start using seems to become a problem for some people."

Dr Eckert admitted to Saturday Morning that the first time she heard vocal fry on America's NPR, she was shocked, and wondered how the person speaking had landed a job. But to her students, the person sounded perfectly authoritative.

Dr Eckert advises people to think about why they find certain speech patterns irritating, or less authoritative. "Any time you use a youthful style, you're going to sound youthful, and some people aren't going to take you seriously as a result. On the other hand, if every time some old person complains about the way some young woman is talking, if every time, you just back off and start talking the way people want you to, that's kind of sad."