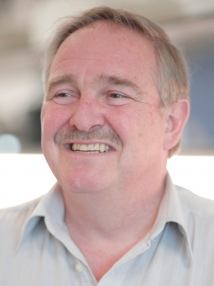 Amongst other work, his team are the first in the world to scan the brains of volunteers under the influence of LSD.

The results are incomplete, but look similar but more profound than those with an earlier study of people under the influence of psilocybin ('magic mushrooms').

Unexpected and interesting results include the drug’s ability to switch off parts of the brain including some which are overactive in disorders such as obsession and depression. Dr Nutt sees potential for a one-off treatment which could have a long-term improvement in mood.

However, he says studying these drugs takes three or four times longer than a similar study of a legal drug, and costs about ten times, because of licences and regulations which need to be complied with.

“…this is the worst censorship of scientific research in the history of mankind. There is nothing comparable in the ability to stop research.” – Dr David Nutt.

There has been little scientific research on psychedelic drugs since LSD was banned in 1967. Prior to that, over 1000 studies suggested, among other things, that the use of LSD to treat alcoholism gave better results than any existing treatment.

“The drug laws exist largely as a political weapon, they don’t exist to provide health benefits, and that’s wrong.”

"Most sensible people realise the drug war is a failed war … two thirds of the American population now have access to medical marijuana, and a significant number have access to recreational marijuana, which means the American drug enforcement agency no longer controls the thinking of America, and therefore no longer has the right to control the thinking of the rest of the world, which is what it’s done up 'til now. So now there’s a real opportunity for countries that what to try something different to actually be heard, and effectively develop their own rational policy.”

David Nutt talks to Kim Hill about his work.