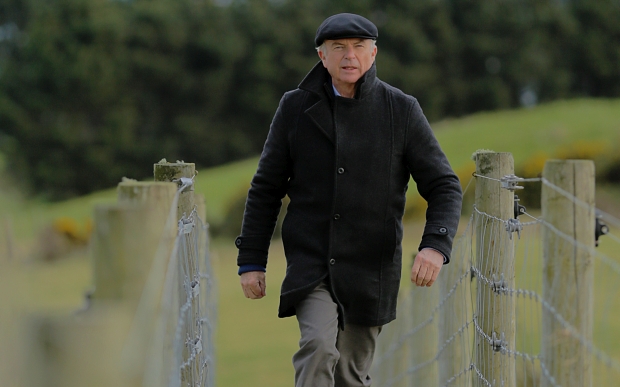 Sam Neill is an actor, and vigneron at Two Paddocks winery in Central Otago. He was most recently seen on New Zealand television screens in the BBC series, Peaky Blinders.

His documentary, Anzac: Tides of Blood, explores his family’s experience with war and the legacy of Anzac on both sides of the Tasman.

Kim Hill spoke to Sam about his name, life, music and the stories behind the documentary.

A Radio New Zealand series, The Godley Letters, features Sam Neill and Ginette McDonald reading the letters between Major General Alexander Godley and his wife Louisa at the time of Gallipoli. The ten-part series will be broadcast at 10:45am, on Nine to Noon from Monday 13 April.

Anzac: Tides of Blood premieres on Maori Television on Anzac Day (25 April, 7am and 8pm), and be available on demand for 14 days after transmission.