Bonnie Howland is a student at AUT, and founder of Indigo and Iris, one of the social entrepreneurship schemes at this year's startup accelerator programme, Live the Dream.

It is a beauty brand that sets its sights far beyond just making a profit. 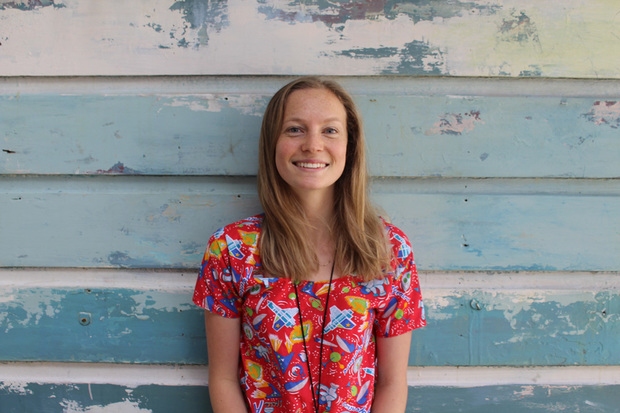 As The Wireless reports, Bonnie Howland’s dream is to end curable blindness.

It’s the sort of goal that makes all other goals (like going to the gym more often or eating less chocolate) seem kind of lame.

The 18-year-old AUT student is the brains behind Mascara for Sight – a project that aims to restore vision using the one-for-one charity model.

Under the brand Indigo and Iris, Bonnie has created a New Zealand-made, organic mascara and for every one sold, she says someone in the Pacific Islands will have their blindness treated.

She came up with the idea while in Vanuatu after hearing about a solo mother who lost her sight due to cataracts. Bonnie says the woman’s daughter had to drop out of primary school to take care of her mum.

“It would have taken a pretty straight-forward surgery to fix it,” she says.

“When somebody becomes blind in a developing country, they don’t just lose their sight, they lose all of their independence.  If they’re the main breadwinner that affects their whole family and their community.”

Bonnie had been working part-time in the beauty industry, in a salon and assisting at Fashion Week, and wondered if there was a way to use the sector’s huge revenue to help people who needed it the most.

The global make-up industry generated over US$38 billion (NZ$ 51 billion) in 2013. That figure is expected to increase by $10 billion over 5 years.

Bonnie has been in talks with the Fred Hollows Foundation, a non-profit aid organisation that works to treat and prevent blindness across the world.

“They’re the ideal organisation I’d want to work with. Nothing is confirmed yet, but they do love the idea,” she says.

Bonnie’s biggest challenge is figuring out a way to make the mascara economically viable. Retailers have a high mark-up on beauty products and trying to include the cost of eye surgery, as well as manufacturing, is tricky.

She wears her mascara out every day reckons it’s really good. “I’ve got a great formula figured out,” she says.

“I’ve been playing around with it for so long, just at home in the kitchen, and I recently met someone with experience in pharmaceuticals who has helped me nail the scientific aspect of it.”

She plans to package the product in environmentally-friendly materials and get it in stores later this year.

Mascara for Sight was one of 18 projects accepted into the Live the Dream programme – a venture setup to grow New Zealand’s next generation of social entrepreneurs.

Bonnie is optimistic there will be investors in the crowd who share her vision for a resorting sight in our corner of the world.

Text story by Mava Moayyed for The Wireless.