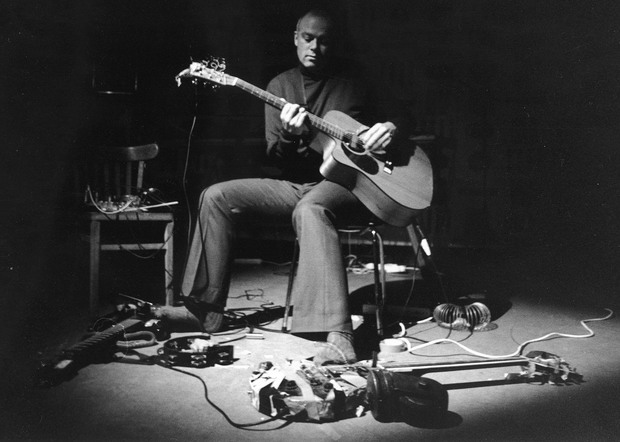 Greg Malcolm is a composer, improviser and sound artist, and has been hailed as one of the world’s most unique guitarists.

He has released a number of solo recordings and collaborations, and has represented New Zealand at new music festivals throughout the world, including a 2010 tour of Norway, France, and Germany in support of his CD/DVD box set Some Other Time (Kning Disc).

He has accompanied theatre for children, performs for children regularly, and arranged songs and stories on a new album by the Ohope Beach School Choir, Bird Song.

Other recent Greg Malcolm projects include performances at the Auckland Triennial and the Late at the Museum series. For the Pyramid Power festival in Wellington, Greg, partner Jenny Ward, Jeff Henderson and Hermione Johnston play a selection from Scottish poet, songwriter and humorist Ivor Cutler:

Eugene Chadbourne: The Only Hell My Mama Ever Raised
From the 1980 album: There’ll Be No Tears Tonight
(Parachute)

Ivor Cutler: Go and Sit Upon the Grass
From the 1975 album: Velvet Donkey
(Virgin)