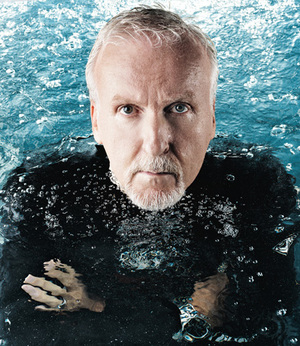 James Cameron first received widespread acclaim as a movie director in 1984 with The Terminator, and has gone on to produce and direct many of the most successful films of all time (Aliens, Terminator 2: Judgment Day, Titanic, Avatar).

He is the executive producer of a new documentary, Deepsea Challenge 3D, which he produced in association with National Geographic.

It chronicles his passion for deep sea diving, as he pilots a solo submersible to the depths of the Pacific Ocean's Mariana Trench, the deepest point on Earth.