On Saturday Morning:  Kim talks to Bahamas-based freediver, New Zealander William Trubridge, about how the ocean was his family's "playground and classroom" growing up; satirist Tom Scott plays his favourite songs from a long and fruitful career skewering the powerful;  Tamati Kruger explains the centrality of mana motuhake/self-determination to the future of the people of Tuhoe; Northern Irish writer Jan Carson explains the genesis of her innovative new work, Postcard Stories; activist Jamie Joseph updates us on her work in trying to bring rhino poachers to justice in South Africa - with the help of Zulu royalty, and director Fasitua Amosa and actor David Fane drop by to discuss a new project of the FCC Pasifika theatre collective called The Mountaintop - a play depicting the last night of Martin Luther King Jr. before his assassination. 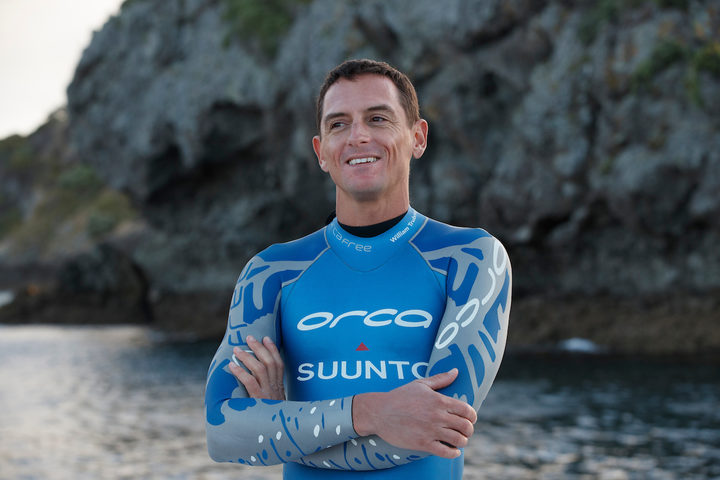 UK-born New Zealander William Trubridge started freediving at the age of eight, and began to train seriously in Italy when he was 23.  Two years later he was the first freediver to dive at Dean's Blue Hole, now recognised as the world's premier freediving venue, and site of the annual Vertical Blue event, which Trubridge runs. In 2007 he broke his first world record in the discipline of CNF (Constant Weight No Fins), diving to 81m; three years later he became the first human to descend to 100m during Project Hector, an event aimed at bringing awareness to the plight of New Zealand's critically endangered Hector's and Maui's dolphins. In July 2016 he furthered this record to 102m, in an event broadcast live. William Trubridge lives in the Bahamas to train and teach freediving, and has just released his memoir, called Oxygen.

The life of freediver William Trubridge 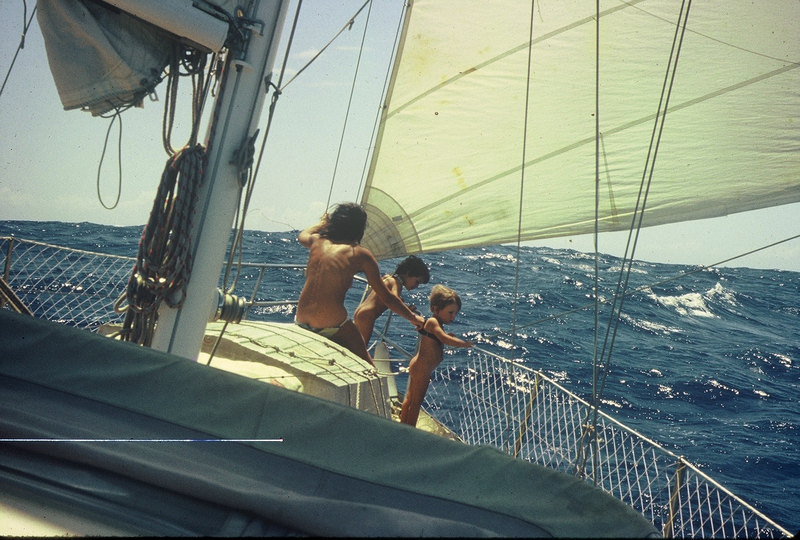 On the bow of the 'Hornpipe' with brother Sam (middle) and mother Linda, during the family's crossing of the Atlantic Ocean, 1982. 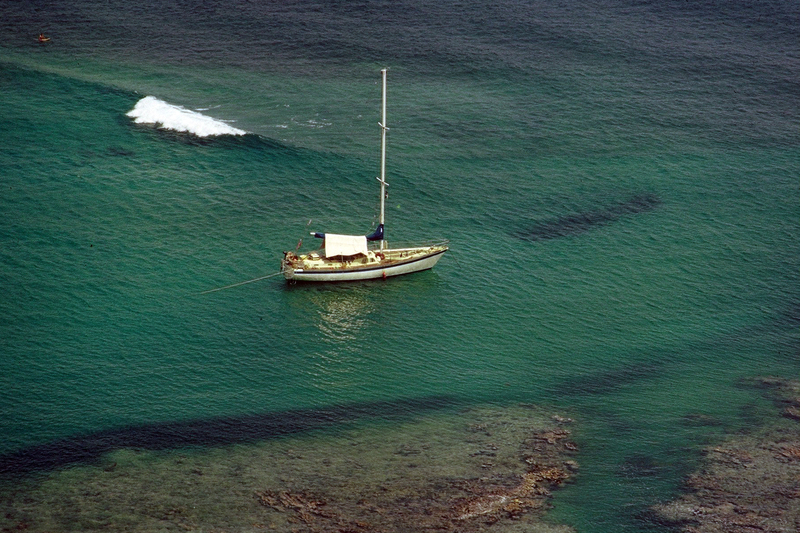 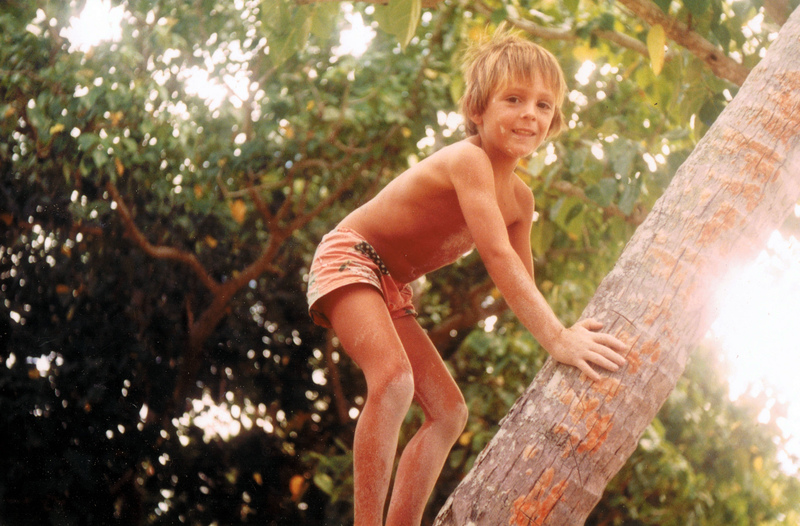 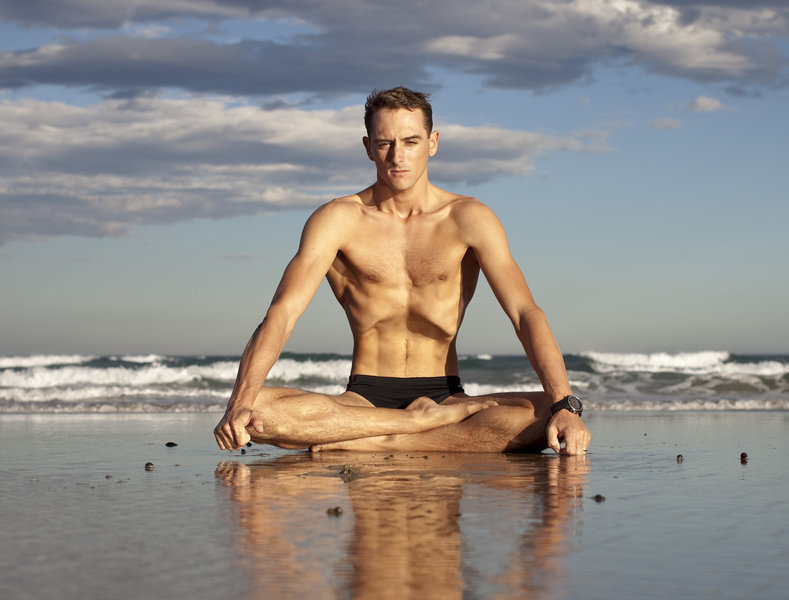 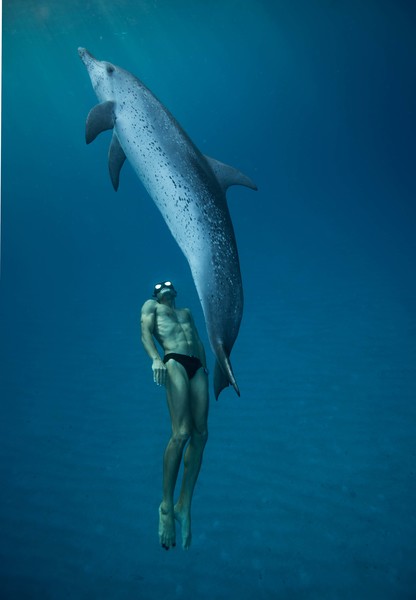 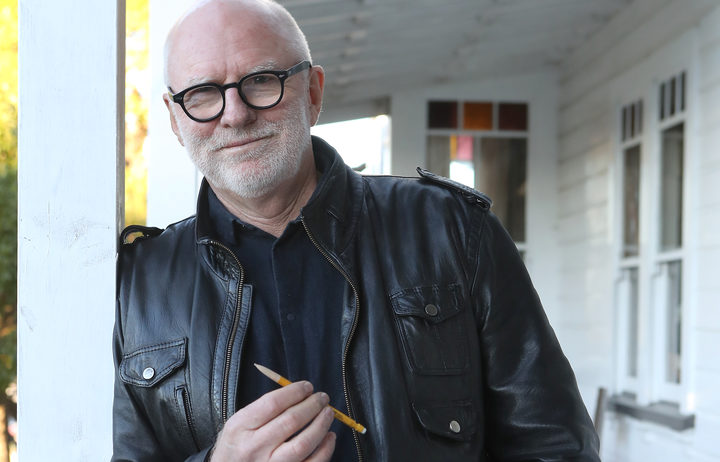 Drawn Out: A seriously funny memoir is Tom Scott's account of his life so far. From his hard-knock childhood, his days on student newspapers, making friends and enemies in the corridors of power and his travels with Sir Edmund Hillary, Scott is on the ride of his life. Best known for his cartoons in The Listener and the Evening Post and Dominion Post, Scott is a life member of the Press Gallery, a playwright, film and television script writer and documentary maker. He joins Kim to tell a few yarns and play some of his favourite music. Scott features in Tom Scott Sunday "Roast" - a Writers and Readers event at next year's New Zealand Festival in Wellington - tickets go on sale on Monday. 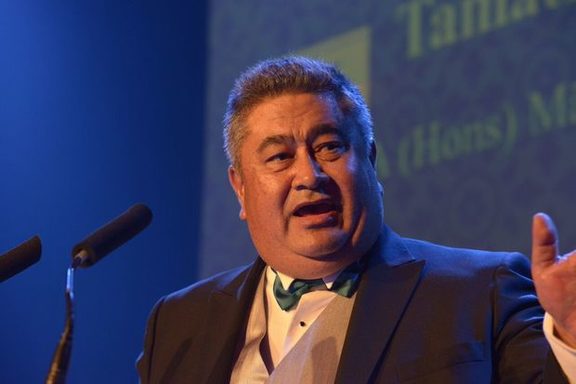 Tāmati Kruger was educated at Victoria University in Wellington, where he also tutored in te reo Māori and was involved in the early days of the Te Reo Māori Society in the 1970s. He is the chief Tūhoe negotiator and chairs Te Urewera and the tribal body Tūhoe Te Uru Taumatua. Kruger will give this year's annual Bruce Jesson Lecture at the University of Auckland on October 31. In it, he will explain the Tūhoe philosophy of mana motuhake/self-determination and report on how the approach is working in practice since the iwi signed a settlement with the Crown in 2013. This agreement transferred management of the Tūhoe homeland in the former Urewera National Park to a new entity, Te Urewera, run jointly by the Crown and Tūhoe. It also agreed in principle that Tūhoe should run its own social services, including healthcare and education, for its people. So far Tūhoe has opened a health clinic at Taneatua and plans two more, it runs youth and counseling services, offers educational scholarships, and is becoming involved in wider educational and social services. 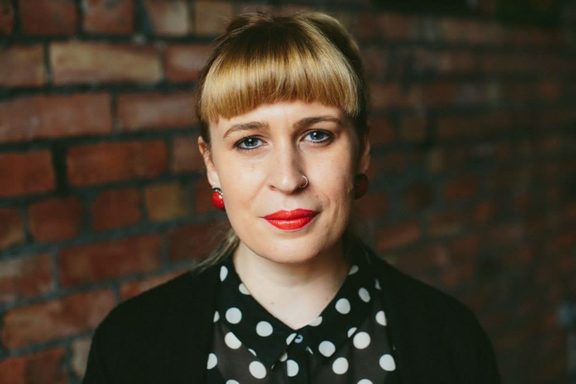 Jan Carson is a writer based in Belfast, Northern Ireland. Her first novel, Malcom Orange Disappears in 2014 was followed by a short story collection Children's Children in 2016. Her latest publication is an anthology of flash fiction, Postcard Stories - a project in which he set herself a challenge to write a short story every day for 365 days straight, scribble them down on postcards and  and mail them to friends, family and acquaintances all around the world. Last year Carson won the Harper's Bazaar UK short story competition, and her radio drama monologue UnRavelling, read by Liam Neeson, was broadcast on the BBC in June 2017. Carson is visiting Wellington schools to give workshops and is appearing at several events in the LitCrawl festival between November 10-12. She is talking with Charlotte Graham at City Gallery on November 11,  is in a panel of Dylanophiles on Saturday night at Meow, and is taking a flash fiction workshop at City Gallery on November 12. 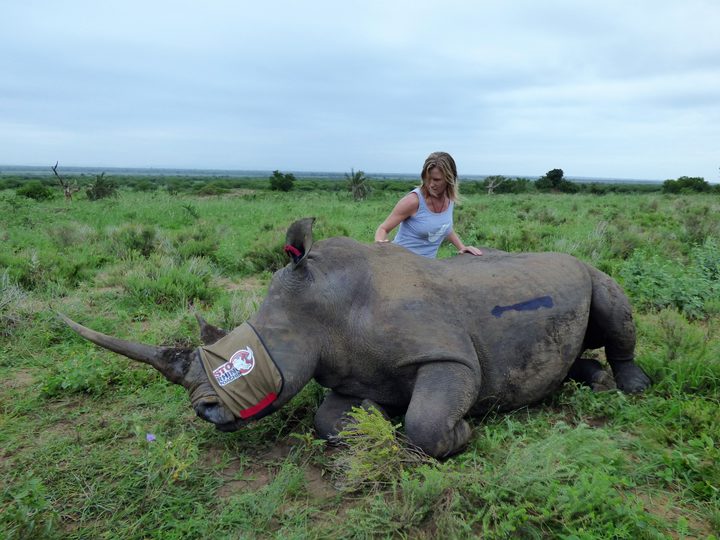 Jamie Joseph was raised in Durban, South Africa. She moved to London at the age of 20 to work for Microsoft, and five years later moved back to South Africa to produce music, arts and culture festivals that united the rainbow nation. Joseph followed her family to New Zealand in 2009. In Aotearoa she worked for TEDxAuckland while campaigning for the Global Poverty Project, and for a ban on shark finning. In 2014, she answered to the 'call of the wild', returning to her African homeland to join the war on poaching. She has spent the past four years publishing stories from the frontline on her website savingthewild.com. Joseph has returned to New Zealand to reconnect with her network, raise critical funding, and drum up support in the battle to expose and eliminate what she claims is a Zululand syndicate of corrupt magistrates and prosecutors protecting not only rhino poachers and kingpins, but also other violent criminals. 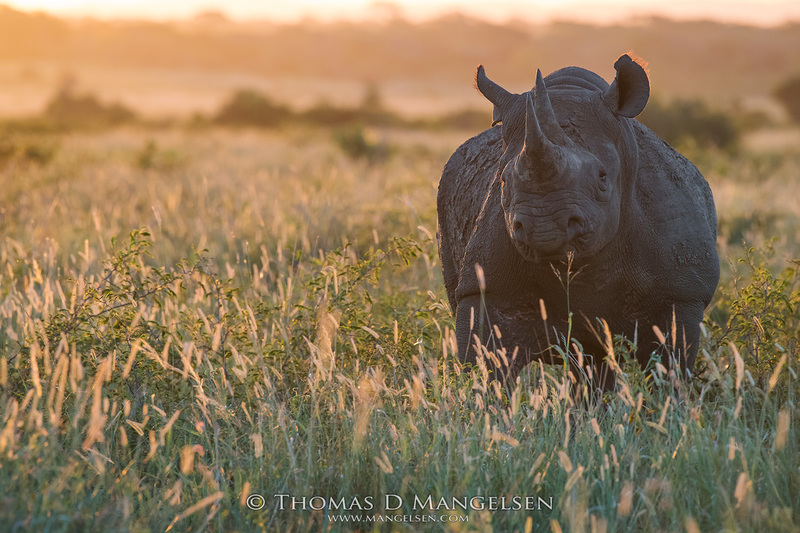 There are fewer than 5000 black rhinos left. These pictures have been taken by wildlife photographer Thomas D. Mangelsen who will be in NZ in December to release his 'Saving the Wild' collection - a portion of which will go towards the fight against poaching. 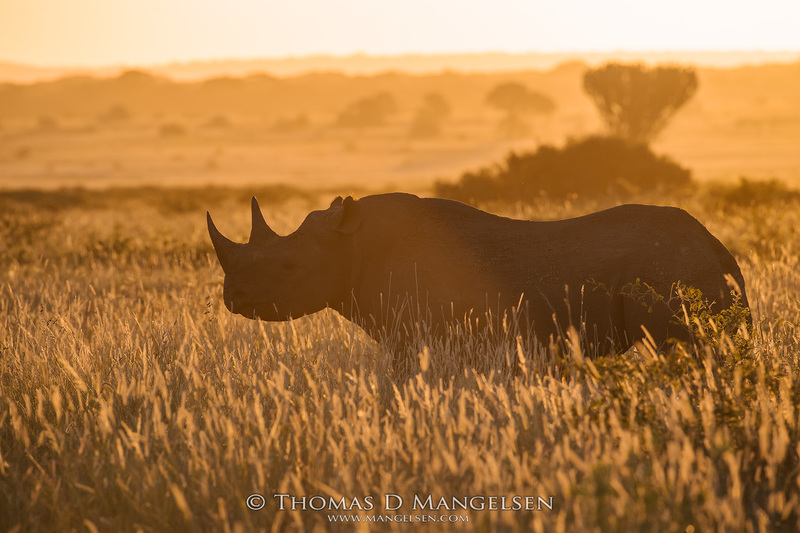 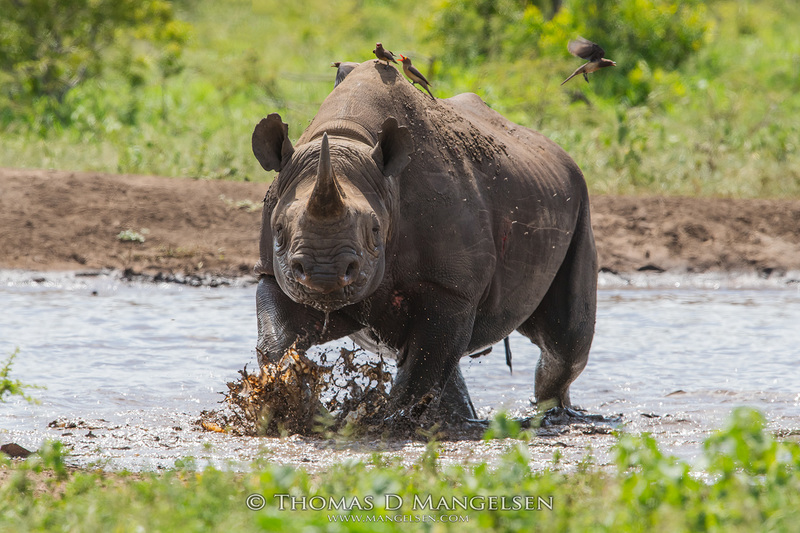 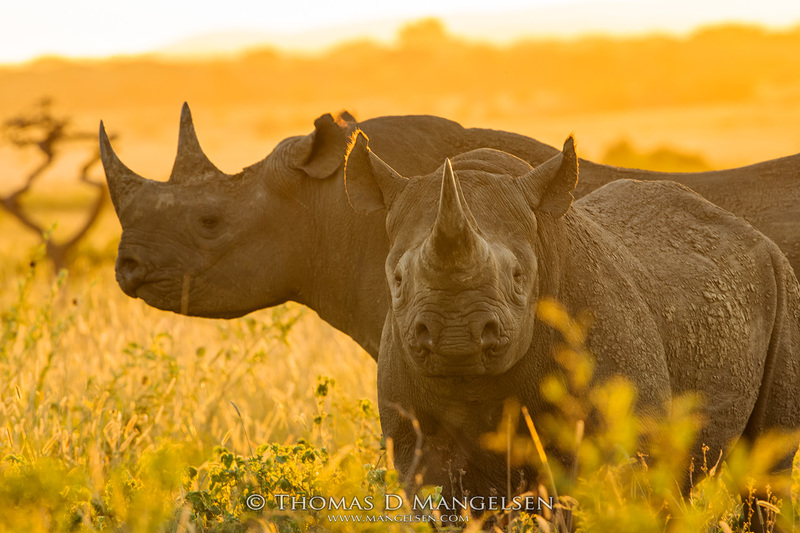 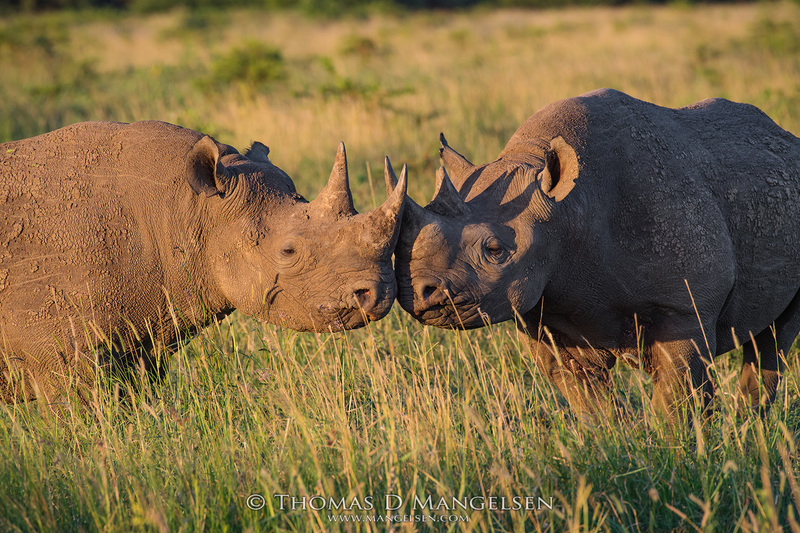 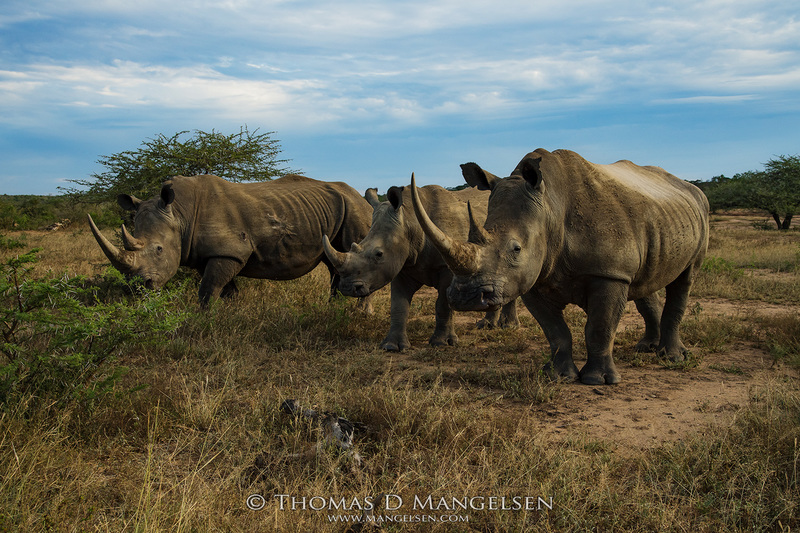 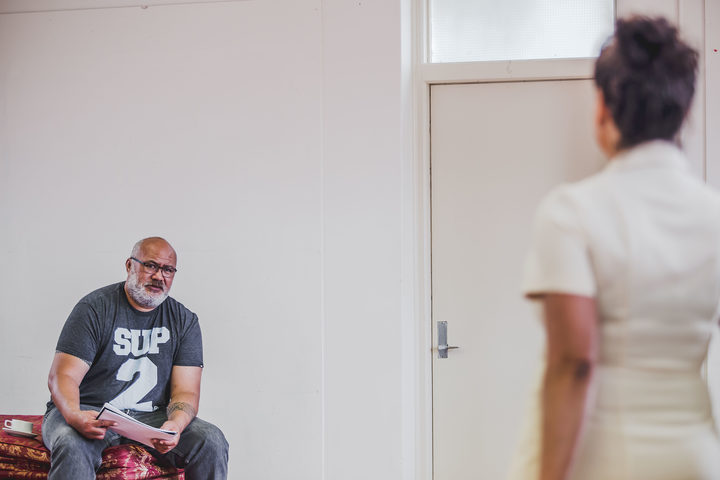 David Fane and Nicole Whippy in rehearsal for 'The Mountaintop' Photo: supplied

The Mountaintop is an award-winning play by African American playwright Katori Hall, based on a fictional account of Martin Luther King's last night on earth at the Lorraine Motel room in Memphis, Tennessee in 1968. The work, which has never been performed in New Zealand, is set to be staged by an all-Pasifika cast at the Basement Theatre. Director Fasitua Amosa's directing credits include Inky Pinky Ponky and the upcoming Still Life with Chickens, both for Auckland Theatre Company. He'll talk to Kim alongside David Fane (800 Words, Sione's Wedding, BroTown), who steps into the title role as Martin Luther King Jr. The production has been brought to the stage by FCC, a Pasifika theatre collective created by writer, producer and director Victor Rodger.

Drawn Out: A Seriously Funny Memoir