Kim talks 'Bikeability' with Dr Hamish Mackie (NZ) and Peter Zanzottera, who brings the UK experience of introducing a country-wide kids' cycling skills programme; Dr Paul Young talks about millions in research he's overseeing in a bid to make intensive care better - and why more is needed; Hugh MacCarroll on entering NASA's 'Space Poop Challenge' - and coming in the top 15 out of almost 8,000 global entrants; Arthur Tompkins on art crime - this time, the Timbuktu Papers; Dame Georgina Mace on how and why we need to value nature on a balance sheet; Norman Ohler on Hitler, the Nazis and their penchant for meth; Dr Eric Rignot on measuring a climate change catastrophe in Antarctic ice, and high profile Latino journalist and editor Armando Lucas Correa on his debut novel, The German Girl.

This coming week in Wellington, British cycling and urban planning expert (and unicyclist) Peter Zanzottera will address a seminar arranged by the New Zealand Transport Agency about his involvement in the design and implementation of Bikeability, a programme introduced across the UK in 2007 that delivered cycle skills training to school children.  Since its inception, more than two million children and adults have been through the programme, and now the NZTA is looking to replicate the programme in New Zealand.  Ahead of the seminar, Peter will talk to Kim about the successes and pitfalls of the British experience of introducing Bikeability.  He'll be joined in the discussion by Dr Hamish Mackie, a member of the NZ Cycle Safety Panel, who has  seventeen years in research and consultancy in transportation and environment, with the past eight years focused on human-centred transport models such as high-risk intersections and school transport. 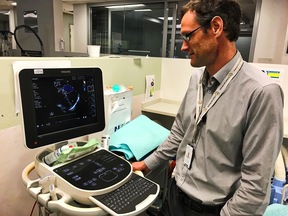 Paul Young is an Intensive Care Specialist at Wellington Hospital and is actively involved in clinical research designed to improve the outcomes of critically ill patients around the world. Over the past three years, while working full time as an intensive care specialist, Dr Young has completed a PhD in clinical research.  He has more than $25 million of current research funding, and is involved in research collaborations with colleagues from around the world. He was recently awarded the Health Research Council of NZ's Lily Medal, recognising an outstanding contribution to health research: his winning study evaluated intravenous fluid therapy in critically ill patients. The study was one of two Dr Young was involved in that were published online in the two most prestigious medical journals in the world in the same week.

Long-time inventor and astronomy enthusiast Hugh McCarroll  has just been named as one of 15 finalists in a global competition designed by NASA to crowd-source ideas for how to collect human waste away from the body, hands-free, for fully suited astronauts for up to a six day period.
"The Space Poop Challenge" elicited almost 8,000 entries, and although Hamilton-based Hugh didn't win first prize, he says he was "over the moon" to make the final 15. 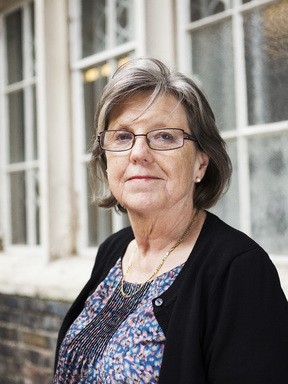 Dame Georgina Mace is an eminent UK scientist and has been invited to tour New Zealand as part of the Rutherford Memorial Lectures. Professor of Biodiversity and Ecosystems at UCL (University College London), as well as Head of the Centre for Biodiversity and Environment Research, Dame Georgina's research concerns measuring the trends and consequences of biodiversity loss. Dame Georgina will discuss themes from her speech How should we value nature in a human-dominated world?, which she will give in Auckland, Wellington and Dunedin on the 21st, 23rd and 28th of February. The 2017 Rutherford Memorial Lecture is hosted by the Royal Society of New Zealand in partnership with the The Royal Society, London.

10.38 Norman Ohler: Methamphetamine and the Nazis 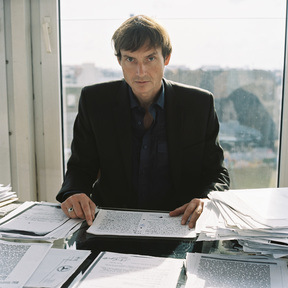 Norman Ohler is a German journalist, author and playwright. The Guardian has called his latest book Blitzed: Drugs in Nazi Germany  "the astonishing and hitherto largely untold story of the Third Reich's relationship with drugs, including cocaine, heroin, morphine and, above all, methamphetamines". Blitzed has been a bestseller and translated into 18 languages.  Ohler also wrote about the life of the Palestinians in the West Bank and published the last interview Yassir Arafat gave shortly before his death. 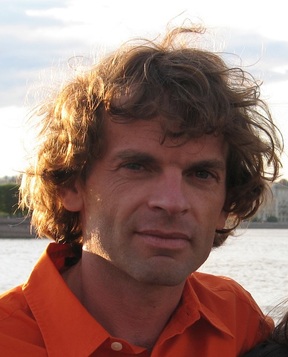 Professor Eric Rignot is the Donald Bren Professor of Earth System Science, School of Physical Sciences at the University of California, Irvine, and a senior research scientist/joint faculty appointee at NASA's Jet Propulsion Laboratory.  He's been in New Zealand to give the S.T Lee Lecture on future sea-level rise from warming of the polar ice sheets at Victoria University.  Dr Rignot's primary research interests lie in glaciology, climate change and ice-ocean interaction.  He has received NASA Exceptional Scientific Achievement Medals, NASA Outstanding Leadership, and was a member of the IPCC team awarded the Nobel Peace Prize in 2007. 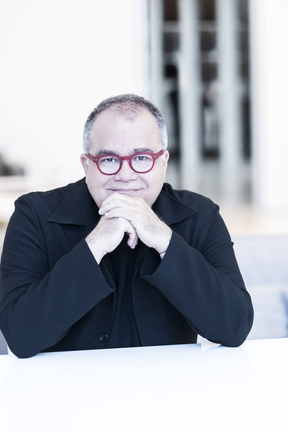 With 20 years of experience in Hispanic media, award-winning journalist and author Armando Lucas Correa is the Editor in Chief of People en Español, the top selling Hispanic magazine in the U.S. with more than 7 million readers every month. In his role, he oversees the editorial content of the magazine and its digital editions for tablets and mobile. Correa is the recipient of various outstanding achievement awards from the National Association of Hispanic Publications and the Society of Professional Journalism. He regularly appears on national Spanish-language television programs.  A published non-fiction author, Correa's first novel The German Girl chronicles a mystery that spans Nazi Germany to contemporary Cuba.  He will speak to Kim from Perth, where he's headlining at the city's Writers Festival.